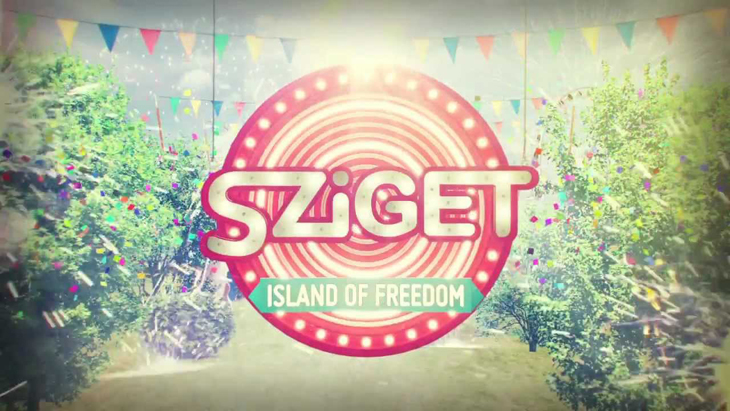 This year Szitizens can expect great music coming from all over the globe, bringing danceable tunes to the MasterCard World Music Stage. The internationally recognized program venue at the Island of Freedom will offer a wide range of acts, with a special focus on gypsy traditions this year. Discounted ‚Advance Round 1‘ tickets are only available until the end of April.

The world music stage at Sziget has become a hot spot for the genre in Hungary for 15 years now. Many icons of the scene have performed here and the program has not only reflected the new trends of world music, but also the taste of Szitizens. The MasterCard World Music Stage has now merged with the previously separately working Roma Tent, Afro-Latin Reggae Stage and the Hungaricum village stage, creating a hub for the loves of world music.

Sziget and Hungary has been a stronghold of the world music scene for decades and the organizing team is very proud of this mission. The fact that WOMEX, the World Music Expo will be hosted by Budapest in October 2015 is another important step towards the right direction. Music fans will now have the chance to party at the World Music Main Stage during Sziget and also come back to the Hungarian capital later this year to get a full taste of what’s hot in the genre. WOMEX Director, Alexander Walter, has added:

„Sziget is an exceptionally important player in our mission to cross cultural borders – it represents a community and an audience that does not think in strict genre categories but is eager to see the world and explore its diversity. We’re very happy to bring WOMEX to the CEE region for the first time, and to bring the global music scene here. We want to help highlight the rich musical traditions and diversity of the region on the international stage.“

The 2015 line-up will have a special emphasis on gypsy music coming from all over the world. Dhoad Gypsies from Rajasthan a collective of consummate, wise and spirited musicians, vocalists and dancers of all generations will arrive from India, while from Romania, Taraf de Haidouks, considered as the epitome of Gypsy music’s fabulous vitality, will also hit the stage. The Goran Bregovic Wedding and Funeral Band’s music marries sounds of a gypsy brass band with traditional Bulgarian polyphonies, those of an electric guitar and traditional percussion with a curious rock accent, while Boban Marković is without doubt the best-known Balkan trumpet player. Commencing their new concert season in Hungary, the world-renowned family brass band has achieved almost all a band can hope to achieve since its formation almost thirty years ago. The Egyptian Project assembles world-class musicians who layer tasteful electronic rhythms beneath virtuosic playing, the project of Jérôme Ettinger and the debut album called Ya Amar  is the most potent album to arise from this country since the political upheaval began. In addition, the Hungarian gypsy music scene will be represented by Romengo bringing the new Sound of Eastern European Gypsy music, and Parno Graszt playing traditional Gypsy music.

Besides the gypsy focus, classics from the world music world will also be present. As the Portugese fado-star, Mariza, a Mozambican whose soul was forged in the old Mouraria district of Lisbon. Sziget is proud to present the German brass band revolutionary LaBrassBanda and the most popular European klezmer band from London, She’Koyokh.  Afrorock beats will arrive from Mauritania by Noura Mint Seymali and drawing also inspiration from the roots of afrobeat, the Helsinki-Cotonou Ensemble use their jazz experience to expand on Voodoo rhythms with a modern urban touch.

Imam Baildi started sampling and remixing Greek tunes of the 1940’s, 50’s and 60’s. The group’s self titled first release reached number 7 and stayed 3 months in European World Music Charts. Roy Paci & Aretuska Allstars hatched a plan for one of the most sun-loving, fun-loving projects to hit the Italian music scene. The trademark of the Antwerp Gipsy-Ska Orkestra’s has always been a steamy brew of Eastern European gipsy music and Jamaican ska, seasoned with a rebellious spirit. Arriving from France, HK & Les Saltimbanks composed by hip-hop, accordion, violin and a shy desire to carry the worker society identity.

The “ethno-chaos” of Ukraine’s DakhaBrakha, a group that feels both intimately tied to their homeland, yet instantly compelling for international audience will bring unexpected, refreshingly novel vision of Eastern European roots music. Che Sudaka today are known as a flagship group of Mestizo Music around the globe, while La Chiva Gantiva will arrive with a blend of Afro-Colombian rhythms with other styles of music they love: rock, afrobeat and funk. Formed by writer Rina Durante in 1975, Canzoniere Grecanico Salentino is regarded as Italy ’ s leading and longest-standing traditional music ensemble, hailing from the Salento, the heel of the Italian boot, in Puglia.

Strengthening the Hungarian performers, Besh o droM blends folk and contemporary instruments (including cymbalon and turntables, for instance), in styles ranging from jazz to world music while LB27 was formed behind the iron curtain in 1985 when a few guys realized that Hungarians are hungry for the Caribbean which was missing from the musical scene then. Pannonia Allstars Ska Orchestra (PASO) is the traditional ska ambassador to Hungary and one of the most energetic young bands with distinct Eastern European roots. Söndörgő is one of the most active and interesting world music groups in Hungary. Their aim is to foster and preserve Southern Slavic traditions of the Serbs and Croats as found in various settlements in Hungary. In addition, Szalonna és Bandája, will bring authentic Hungarian folk tunes to dance to!
To make the party never-ending: GypsySoundSystem, DJ Borzin, DJ Luca Vaga, DJ Lord Sassafras and DJ Tagada will supply the beats! 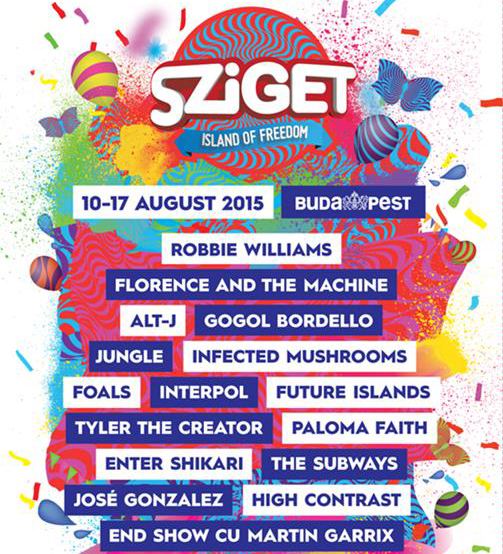