Sziget Festival is once again expecting a record turnout as already 90% of the passes are sold. Szitizens come already from 95 countries, so Sziget will once again become a giant multi-cultural gathering with 7 days of great music, arts and many more. Sziget is held on a beautiful green island in the middle of Budapest between 10-17 August.

The Island of Freedom is one of the best-known and most international festivals, taking its own path and highlighting the fact that it’s a lot more than just a sequence of concerts. Sziget has been elected the ‚Best Major European Festival‘ several times and last year’s Island of Freedom was awarded as the festival with the ‚Best Line-Up‘ in Europe. The 7 days non-stop festival does not only host well-known acts from all genres, but non-musical programs are at least as important as the main stage acts. Sziget traditionally presents a huge variety of artistic projects, also showcasing non-musical programs, like circus, theatre, dance, exhibitions and so on. Besides, it’s also an important Sziget-mission to give space to the colourful world of music, so opera, folk music, world music, or classical tunes are all strongly represented at the festival.

The 2016 festival already welcomes Szitizens from 95 countries, so it is guaranteed that it will once again be a huge international, multi-cultural gathering with a lot of fun. 5 Days Passes are already sold out for more than a month now, but 10% of the 7 days passes are still available, so those who want to be part of this experience should get their tickets as soon as possible. Those coming for couple of days can put together their Sziget time with day tickets, available also in a limited number. Although the upgrade campsites are no longer available, camping spots are available on the festival area with services in the Sziget City Center.

Sziget Festival is known for 7 days of non-stop programs at more than 50 venues. Here visitors can encounter all music genres and probably all art forms as well. The Colosseum venue built entirely by pallets will once again host numerous electro DJs, who will definitely bring the beats to this artsy location. Tickets for Sziget are selling out real quick and advanced round tickets for a discounted price are available until 5th May. 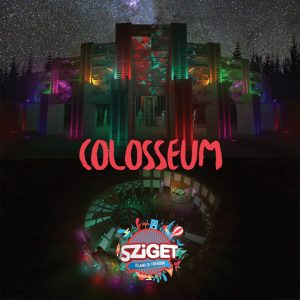 Colosseum is one of the most beloved electro venues at Sziget Festival. The open-air round-shape installation opens every day at noon and does not stop till sunrise. This year the built-up itself will come to a new life, but the much awaited acts of the genre will not change. This year the main acts of the venue operating for 7 days will feature Tale Of Us, The Martinez Brothers, Mind Against, Sasha, Sharam, Sam Paganini, Butch, John Digweed, Max Cooper, Woo York (live), Pulsinger & IRL, Kevin Luke, &Me, Boddika, Behrouz, Mendo, Johannes Heil, Dorisburg (live), Nastia and Demi.

Tickets are selling out real quick for this year’s Sziget Festival and passes for a discounted price are available until 5th May. So those who would like to feel the real Sziget vibe, should definitely get their tickets in time.