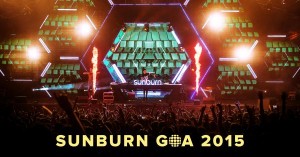 Sunburn introduced ‚Sunburn Arena‘ in 2011 bringing some of the worlds best DJs to India like Avicii, Armin Van Buuren, Dash Berlin, Deadmau5, Swedish House Mafia and many more in an exhilarating arena format across all major cities.

Inaugurated in 2007, Sunburn is a synergy of music, entertainment, food, shopping and lifestyle that attracts music tourism in India and now spreading its wings across the globe to Sri Lanka in 2012 & Dubai in 2013.

Sunburn has expanded itself to set a new bar for “arena” format gigs with renowned international DJs, the most recent being Swedish House Mafia’s One Last Tour and Avicii’s debut in India marking the rise of a unique concept such as Sunburn Arena!

Get ready as we unleash plans for our 9th year, bringing the biggest and most sought-after names in electronic music to Goa for Asia’s biggest music festival – Sunburn Goa 2015 is now a 4 day festival – 27 to 30 December. 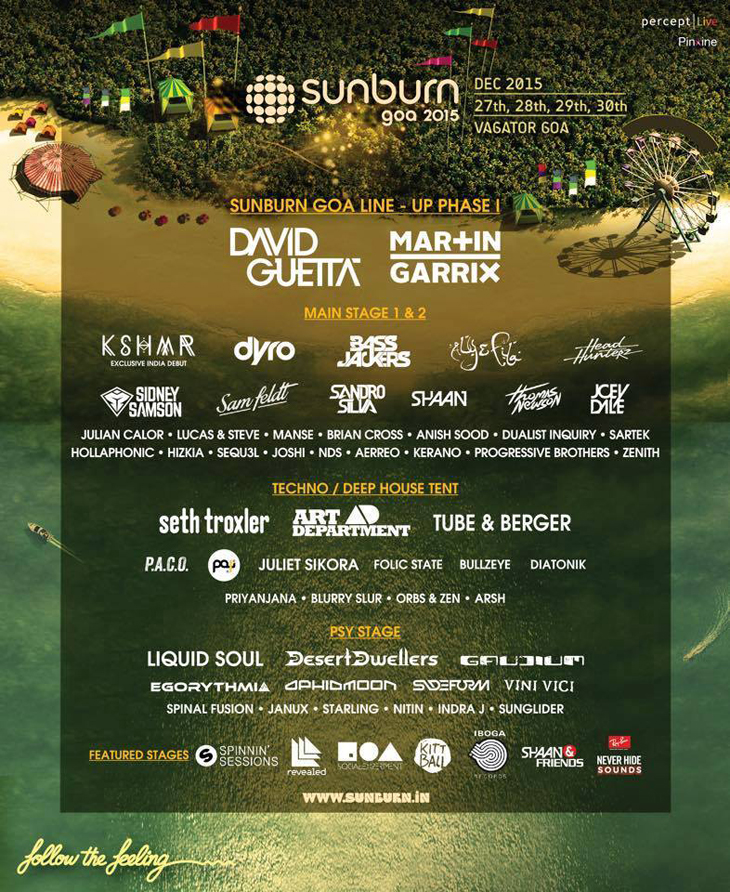 Held in late December, Sunburn Goa is the perfect haven for those hoping to escape cooler climates and fully immerse themselves in world-class electronic music. Not only does Sunburn provide the perfect soundtrack to round-off the year, but festival goers can also let loose with a range of adrenaline powered activities such as bungee jumping, volleyball and zorbing, offering the ultimate holiday experience.