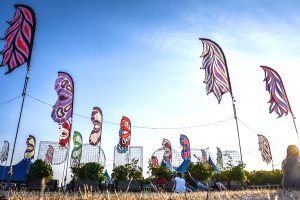 In terms of building up festival’s reputation on the international scene, Pohoda being shortlisted in four European Festival Awards categories is the most significant success in its history. Music professionals nominated Pohoda in three categories: Best Festival Line-up and Best Promoter, and Michal Kaščák made it to the shortlist in the category of Award for Excellence & Passion together with the likes of Damon Albarn (Gorillaz, Blur), Ruud Berends (director at Eurosonic) or Fruzsina Szép (director at Lollapalooza Berlin). It’s also thanks to our fans’ votes that we made it to the shortlist of ten Best European Medium-Sized Festivals of 2016.

The shortlist of ten finalists in the category of Best Line-Up was selected by 25 promoters and 10 additional professionals (journalists, conference promoters) from all around Europe. Besides Pohoda, the shortlist includes the likes of Glastonbury, Primavera, Roskilde or Paléo, Pohoda being the only central European festival nominated. Nominations for the Best Promoter category are decided in a similar way. Here, Pohoda is again nominated together with Glastonbury, Primavera and Roskilde as well as with a Polish promoter giant, Alter Art Poland. Nominations in the special category awarded for excellent approach and passion in bringing music experiences were selected by festival representatives. Apart from a board of professionals, nominations in the Best Medium-Sized Festival and Best Line-Up categories were decided by public poll as well. Last year, 800 thousand people from all around Europe participated in the poll.

“This is a great opportunity to say it officially – for 20 years our fans are whithout any doubts winners of the category Best festival audience. It’s not just our opinion, we hear the same words from many artists, agents and promoters from all around the world. Thank you for helping us receive one of the nominations.  Apart from fans’ support, we also appreciate music professionals’ votes. This way of expressing respect means a lot to us. It’s an amazing feeling that enhances our passion in preparation of the next edition…” Michal Kaščák summarizes this success. We will learn the names of European Festival Awards winners during Eurosonic, at gala in Groningen, Netherlands, on January 11th.

Pohoda in TOP 6 Festivals of the Arthur Awards

Recently, another prestigious Arthur Awards nomination has made us really happy. For the second time in festival’s history, a committee of 100 music professionals nominated us as one of the six best festivals in the world within Arthur Awards. The other nominees in music industry’s equivalent of the Oscars are the likes of Isle of Wight, Lollapalooza Berlin, Paléo, Rock Werchter and British Summertime Hyde Park. The destiny
of the 6 nominees will be decided by a voting pool of 4,000 personalities, festival directors, managers, agents, promoters, ticketing companies representatives as well as music journalists. The winner will be announced at ILMC (International Live Music Conference) gala in London on 9 March 2017.