Mysteryland, the longest running dance festival in the world, reveals the Holy Ground Camping program with a wealth of exclusive performances and back-to-back sessions that won’t be heard at any other festival. These range from Seth Troxler playing back-to-back with Skream and Tom Trago, Afrojack playing a techno set alongside Benny Rodrigues, Dave Clarke executing a classic techno session and Breach b2b with Cinnaman.

The Holy Ground Camping will host the pre-party on Friday August 26th and the after-party on Saturday August 27th at the Camping Circus and Saloon. Afrojack will play an exclusive techno set with Benny Rodrigues, Dave Clarke will execute a classic techno session and Laidback Luke will once again return to the sounds from it all began: the 80’s and 90’s. Seth Troxler will take over the Saloon on Saturday with his Big Tittie Surprise imprint showcasing a special b2b set alongside Skream and Tom Trago.

Nick van de Wall, better known as Afrojack: “Benny Rodrigues is the first DJ that ever inspired me to become a great DJ, to this day he’s still my favourite house/techno DJ, and it’s not only a great personal experience for me to DJ back-to-back with him, but also an honour”.

Mysteryland loves surprises. At the Camping Circus on Friday, hardstyle rockers Psyko Punkz tackle techno and Dirt Caps plays their favourite hip-hop tracks. On the same day, local heroes join forces with international masterminds, as The Saloon welcomes Cinnaman to the stage with Breach, the British DJ and producer who had the worldwide hit ‘Jack’ and has collaborated with Kelis and Andreya Triana. Continuing the theme of cross-border collaborations, San Proper teams up with Chicago house legend Tyree Cooper, William Kouam Djoko invites Ryan Crosson from Visionquest into the booth, and Boris Werner will join the stage together with Parisian Djebali for a back-to-back mix. 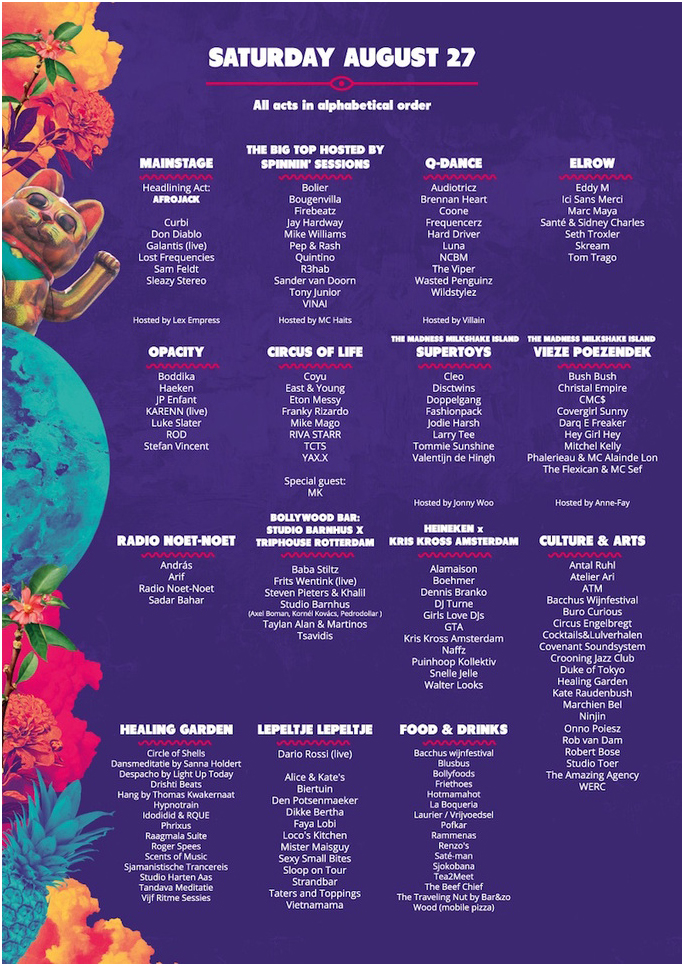 Prestigious art installations
The Culture & Arts program of Mysteryland this year is world class. Several leading international artists create installations for the festival. The Mainstage is designed by American Kate Raudenbush, who is best known for her work at Burning Man Festival. As a gesture to all residents of the city of Haarlemmermeer, artist duo ATM creates a lasting work of art from recycled wood beneath the infamous pyramid. The collective WERC will be at the foot of the imposing pyramid with a light installation on the water where all luminous elements can move independently.

About Mysteryland
Mysteryland began in 1993 and is the longest running dance festival in the world. The festival focuses on electronic music, art, culture, talent, and sustainability. Mysteryland has been awarded by Julie’s Bicycle with a “3 Stars Green Industry Certificate” which is the highest designation for sustainability within the creative arts, music, and theater industries. The festival is rated three stars by A Greener Festival Award. This year, Mysteryland is celebrating a multi-day edition for the second time in the former Floriade Terrain in Haarlemmermeer. Extended international editions of Mysteryland take place at the foot of the Andes in Chile, and the legendary Woodstock ’69 site of Bethel Woods in New York, USA. Mysteryland is a concept of ID&T. For more information and ticket sales visit www.mysteryland.com. 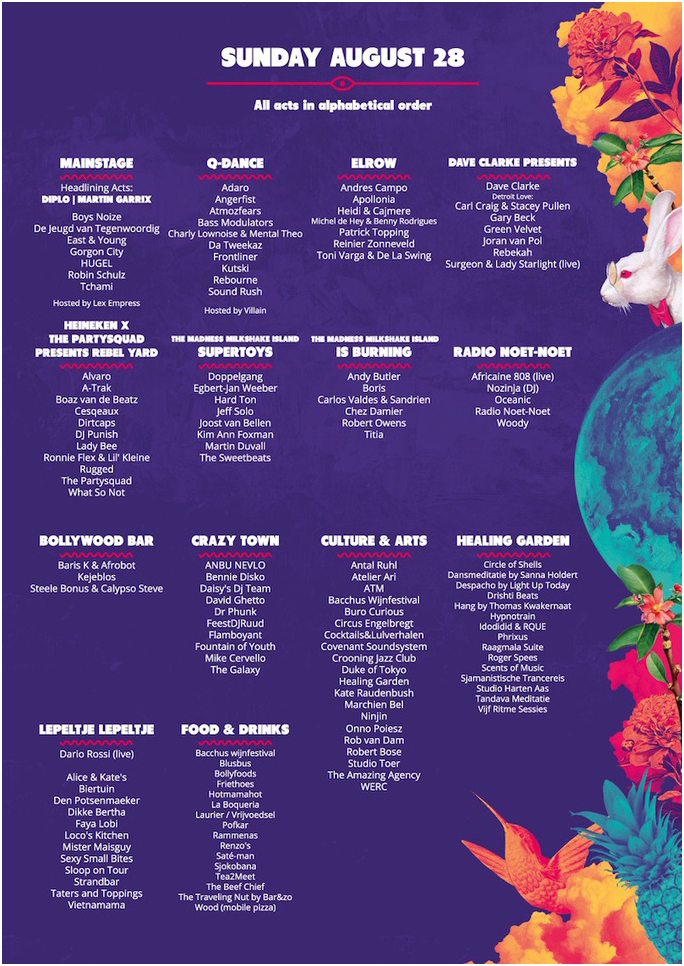