MORE NAMES ADDED TO THE SZIGET LINE UP

MORE NAMES ADDED TO THE SZIGET LINE UP

More than twenty new acts are announced for various stages on the Island of Freedom to join the likes of Robbie Williams, Florence and the Machine, Martin Garrix, Alt-J and more then forty other acts. The non-stop week of fun is once again guaranteed, this year between 10-17 August. The end is still far away as the 7 day long festival holiday hosts around 1000 programs altogether. This time new names have been added to the music section, but Szitizens can expect more venues and programs to be announced in the upcoming weeks. Discounted „Advance Round 1“ tickets are only available until the end of April.

Sziget Festival is the reigning ‘Best European Major Festival’ award winner and aims to keep this title with its original program and unique atmosphere. When Szitizens go through the legendary bridge they arrive to an Island with extraordinary visuals and decorations. We can easily describe the location as ‘a great place to get lost’ as you can choose from more than 50 program venues with around 1000 programs at the week-long event. In addition, the amazing city of Budapest is a capital also worth to explore. 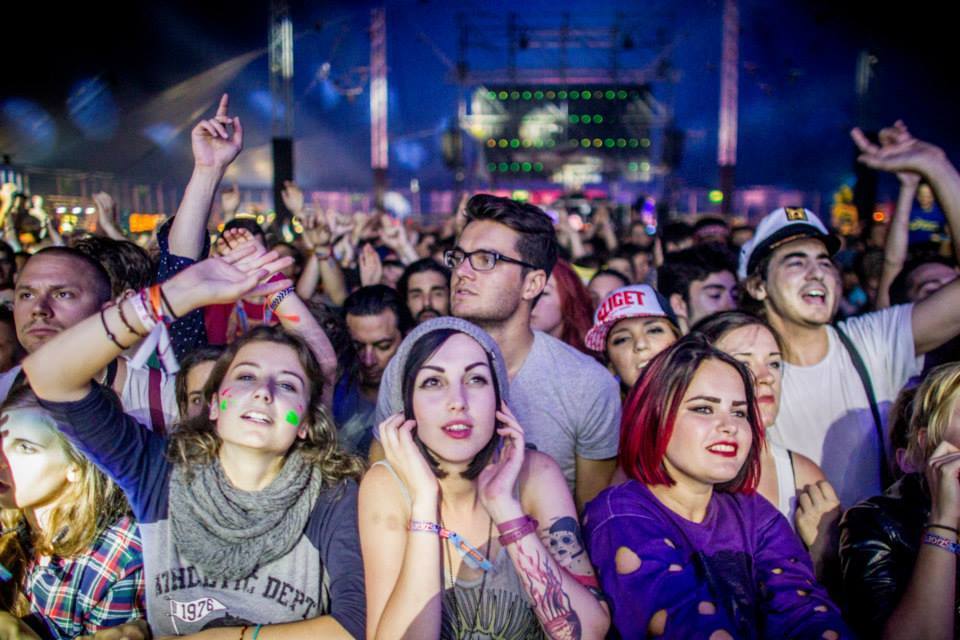 Last, but not least, here are the new acts added to the line-up:

Sziget is proud to announce Foals, who are currently in the studio working on their new record, which will be out later this year as well as Marina and the Diamonds, bringing her well-known style back to the Szitizens of the Island of Freedom. Interpol will arrive with their new album ‚El Pintor‘, while Grammy nominated producer Alesso, with over 3.5million followers online, YouTube views in the millions, is also confirmed to the multicultural gathering.

Australian duo Knife Party will definitely host a huge party on the island as well as Paloma Faith, who is soaring, exploring a bigger, braver new world, and taking us with her. Two decades ago, the Cologne-based artist, Gentleman, first set foot on Jamaican soil and over the years he has been spreading reggae music all over the globe with his shows and is now an international reggae headliner. This time at Sziget.

SBTRKT arrives to Sziget with Wonder Where We Land, that is an experimental, inquisitive, magical record, the result of off-the-cuff inspiration and surprise collaboration. Multi-talented DJ dynamos, electronic dance music’s first sisters – Mim and Liv Nervo of NERVO – are also strengthening the Sziget line-up, as well as Dropkick Murphys.

The Maccabees are also prominent members of the colorful line-up, coming  with their third studio album ‘Given To The Wild’, a sprawling masterpiece of distorted pop, psychedelia and soulful guitar soundscapes. Over the last eight years Baltimore’s most quixotic and emotionally involving trio, Future Islands, have maintained an admirable level of skill and pace, never slowing down for the corners. Pop always works best when there’s a beating, sometimes bleeding, heart at the centre of it. The power of the dichotomy of soaring pop melodies anchored by melancholia is something Foxes, aka 22-year-old singer and songwriter Louisa Rose Allen, knows only too well.

Over nearly the past two decades, Germany’s Beatsteaks have established themselves as one of the country’s most consistent, thoroughly exhilarating acts with  blending juvenile, punk effervescence with crafty and infectious rock songwriting. MØ may not mind how you say her name, but you’d better start practicing your Danish pronunciation. A unique blend of bedroom beats, soul-punk-electro-R&B and pop harmonies – alongside a number of buzz worthy collaborations – that’s what you can expect at Sziget as well. Started as a way of exploring the gap between Hip Hop and EDM turned out to be a successful concept for Yellow Claw. In additon, Selah Sue will also join the Sziget program, who belongs to a new generation for whom music has no boundaries. Selah Sue will tour her new record.

French producer, Vitalic, has made a beast of a record that takes the laser-guided disco for which he’s known to an altogether wilder but no less euphoric place. In his brief but already eventful career, Dotan has recorded, performed and composed all over the world. Although he sometimes describes himself as a bit of a loner, you can expect Dotan to bring a full, six-piece live band to Sziget. Dutch MC and rapper, Typhoon, will also perform at this year’s Sziget Festival, as well as William Fitzsimmons, whose new album ‚Lions‘ is a musical reflection of the personal renovation that’s taken place since 2010’s Gold In The Shadow. Best summed up by Fitzsimmons himself. Halestorm pushes their musical boundaries further than we’ve seen thus far in their catalog, crafting songs that rise from a whisper to a scream and back again, proving that there’s no limit to creativity.

Main Stage & A38: Straight from the UK to the stages of Sziget arrives one of the most successful English indie rock bands, Kasabian. Their fifth album was released last year, so get ready to rock the Sziget Main Stage with them. In addition, singer-songwriter and multi-instrumentalist Ellie Goulding will have her debut also on the biggest stage of the Island of Freedom. The sound of her music is an utterly distinctive and unforgettable one. The A38 will be loud from the music of Sigma, who are now international chart toppers. Their iconic first number one single, “Nobody To Love” was followed up by another chart topper when their second single, “Changing” ft. Paloma Faith, was released. British electronic music trio, Nero, is also among the prestigious line-up of the huge tent. Their newest work has been released just recently, check out ‚The Thrill‘. Coming from Germany Kraftklub will merge indie rock tunes with German lyrics.

Telekom Arena & Colosseum: More names are also added to the electronic music venues: the massive Telekom Arena and the unique Colosseum. Here Szitizens can enjoy the music presented by Hernan Cattaneo, a DJ who has a dedication to quality underground sounds when it comes to house music. In addition, the Northern house and techno starlet Laura Jones, the true underground techno hero Function, prominent member of Berlin’s vibrant electronic club scene Ellen Allien and a respected exponent of the contemporary house and techno scene Damian Lazarus will also be there to keep the party going at Sziget. Stadium X will bring the electronic vibes from the festival’s host city Budapest, while the Dutch duo of Lucas & Steve will also impress the crowd with their set.