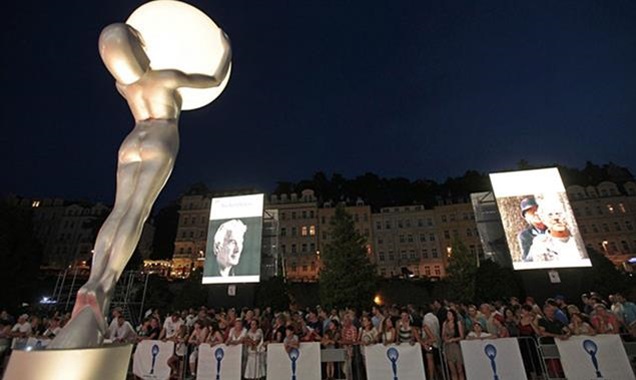 Ted Hope and Amazon Studios at KVIFF
The Karlovy Vary IFF is excited to welcome back Ted Hope, a renowned producer of independent films (e.g. 21 Grams, Happiness, American Splendor, and Storytelling) who is now representing Amazon Studios as Head of Motion Picture Production. Amazon has vigorously entered the film market in recent years with a new strategy for film production and distribution through its video-on-demand platform, while at the same time focusing on theatrical releases of independent art house films. Most recently, Amazon had five of its films selected for the Cannes festival and it continues to develop TV shows and movies via on-line submissions and feedback through crowd-sourcing.

František Daniel significantly influenced modern Czech filmmaking through his work on nearly 40 Czechoslovak films as screenwriter, director, producer and the head of one of the most progressive production groups at Barrandov Studios. His most successful project was the Oscar-winning The Shop on Main Street (1965), on which he worked as a producer – a position he managed to push through despite the communist bureaucracy’s opposition.

Daniel first began teaching in the mid-1950s, and some of his most talented students included Pavel Juráček and Miloš Forman. In 1967–68 he was the dean of FAMU.

In 1969, Daniel emigrated to the United States, where he continued in his teaching activities. He was the first dean of the American Film Institute in Los Angeles, for which he developed an educational programme that was later adopted by many other schools. One of his students at AFI was the young director David Lynch, whom Daniel helped with the realization of his first film,Eraserhead. To this day, Lynch calls Daniel his mentor and the best film teacher in history, someone who had a fundamental influence on his career. After leaving AFI – a departure directly related to his support for Lynch – Daniel taught at Carleton College in Minnesota and at Columbia University in New York. In 1981, Robert Redford offered Daniel the position of artistic director for his new Sundance Institute. Daniel also helped to establish the screenwriting department at the University of Southern California and acted as a consultant for the Rockefeller Foundation and person consultant for David Rockefeller.

The Karlovy Vary festival will honour the extraordinary figure of František Daniel with an art workshop where his teaching methods will be presented by analysing the film Some Like It Hot.

The festival will also be showing Letos v září (1963), which he co-wrote and directed while still in Czechoslovakia. The screening will be preceded by an introductory talk. Guests include Daniel’s long-time friend, the director Ivan Passer, his sons Martin (who is also a film teacher) and Michal (a photographer), and Ted Braun.

The Italian novelist and screenwriter first came to cultural attention with the novel Il mare guasto, which was also translated into French. As scripter he is co-creator of Matteo Garrone’s Gomorrah (2008) and Reality Show (2012), Abel Ferrara’s Napoli Napoli Napoli (2009) and Pasolini (2014), The Interval (2012) by Leonardo Di Costanzo, Tatanka (2010) by Giuseppe Gagliardi, Francesco Munzi’s Black Souls (2014), and Lost and Beautiful (2015) by Pietro Marcello. Gomorrah brought him awards domestically and from the European Film Academy, as well as a prize from the Chicago IFF. His work on Black Souls earned honors from the Italian Academy and local journalists. In Napoli, where he was born and still lives, he is actively engaged in the organization of social projects for underprivileged kids, in part through his work as art director of the Arrevuoto – Theater and Pedagogy project.

Cofounder and managing director of Soda Pictures, an Anglo-Canadian film distributor with a solid library of over 300 titles picked up since 2002. With the aim of expanding their UK business and of building a North American division, the firm merged with the Thunderbird Films media group. In her role at Soda she is involved in production projects, producer relations, acquisitions, and overall release strategies. Soda Pictures recent distribution activities include Grímur Hákonarson’s Rams, Alice Winocour’s Disorder, and Joachim Trier’s Louder Than Bombs. They are currently bringing the popular and critical Cannes hits Paterson (dir. Jim Jarmusch) and Toni Erdmann (dir. Maren Ade) to British theaters.

Czech film and theater actress. She chose an acting career at age four thanks to her mother-actress, who brought her to a theater audition for a surrealist play. Her father-director instilled in her a love of film, and in 1999, at age 16, she debuted in Karel Kachyňa’s Hanele. Since then she has appeared in numerous films, including The Conception of My Younger Brother (2000), The Beginning of the World (2000), and a quartet of Alice Nellis films: Some Secrets (2007), Mamas & Papas (2010), Perfect Days (2011), and The Seven Ravens (2014). Night Owls (2008, dir. Michaela Pavlátová) brought her the Best Actress Crystal Globe at KVIFF, and she has been thrice nominated for a Czech Lion. She tries to be a good mother, partner, and artist; it may take a lot of effort but she believes it’s worth it.

The Georgian director graduated from the Georgian State Institute of Cinema and Theater (1996) and attended a course at the Hollywood branch of the New York Film Academy (2006). He has directed a number of poignantly elegant shorts, including Wagonette (1996) and Eye Level… (2005), awarded at Berlin. In 2009 his feature debut The Other Bank screened in the East of the West Competition at KVIFF; while making the rounds of more than 100 festivals, the work picked up roughly 50 awards. His second feature effort Corn Island (2014) garnered the Crystal Globe for Best Film at the 49th Karlovy Vary IFF and was shortlisted among nine films vying for the Best Foreign Language Film Oscar. At present he is finishing up his latest movie Khibula and is in preproduction on The Pass.

An American producer who graduated from the University of Texas at Austin. He has been a longtime advisor at the Sundance Institute Creative Producing Lab, a participant in the creation of the Catalyst program at Sundance, and a mentor for the Cinetrust mentorship program at Cinereach. In 2004 he and Lars Knudsen founded Parts & Labor, a production company dedicated to director-driven pictures. He was instrumental in bringing out Mike Mills’ Oscar winning Beginners (2010), Julia Loktev’s The Loneliest Planet (2011), David Lowery’s Ain’t Them Bodies Saints (2013), Kelly Reichardt’s Old Joy (2006) and Ira Sachs’ Keep the Lights On (2012) and Love Is Strange (2014). He produced The Witch by Robert Eggers (2015), Complete Unknown by Joshua Marston (2016), and participated in the creation of this year’s Cannes favorite American Honey from Andrea Arnold.

East of the West Jury

Film critic and journalist. She was born in New Zealand and lives in Berlin. She writes for The Guardian, The Observer, Sight & Sound, Screen, The Calvert Journal, Senses of Cinema, and Sirp, an Estonian cultural weekly. She is the former editor of Dazed & Confused magazine and was also a programmer for the film education charity Filmclub UK. She is currently on the Berlin Critics’ Week selection committee and holds creative writing workshops for young film critics at the festivals in Warsaw, Tallinn and Palić in Serbia.

Turkish director and screenwriter, creator of award-winning feature and short films. His feature debut Toll Booth (2010) screened at numerous festivals, winning thirteen awards, including Best First Film, Best Actor and Best Cinematography at Turkey’s major festival Golden Orange. After its premiere at Sundance in 2015, Karaçelik’s second film Ivy was screened in last year’s KVIFF East of the West Competition and went on to tour more than thirty festivals, securing over twenty awards. He is currently working on his next film, Butterflies.

Czech producer. He took a course in film production at Prague’s FAMU and during his studies he worked as a line producer primarily on feature films. He established the production company Background Films in 2011. The spiritual comedy Journey to Rome (2015), his debut in the role of feature-film producer, opened last year’s East of the West section at Karlovy Vary, where it competed as well. Mikuláš Novotný also supports emerging young artists through a Prague-based gallery which he runs with colleagues.

Polish film director. A graduate of culture studies and film direction at the University of Silesia in Katowice, she also attended masterclasses headed by Agnieszka Holland, Andrzej Wajda and Wojciech Marczewski at the Andrzej Wajda Master School of Film Directing. After a series of award-winning short features and documentaries she turned in her feature debut The Lure, which earned her Best Debut at Gdynia, Discovery of the Year at the Polish Film Awards, and the Special Jury Prize at Sundance for the film’s “Unique Vision and Design.”

Japanese festival organiser. He attended Tokyo’s Waseda University and also studied in France. After eight years in the world of finance he began producing and distributing documentary films and also headed the French Film Festival in Tokyo. He joined the Tokyo International Film Festival in 2002 as programme coordinator and served as Programme Director for the Japanese independent film section. In 2007 he was appointed Programme Director for the international competition. He produced the documentary film Dryads in a Snow Valley by director Shigeru Kobayashi in 2015.

Danish producer who has helped create more than twenty acclaimed documentary films since 2000. Arguably the most successful of these, Hanna Polak’s Something Better to Come (2014), received an Academy Award nomination and won over thirty prizes. She produced the documentary BUGS, presented this year at the Tribeca IFF, as well as Ai Weiwei – The Fake Case (2013). Later this year sees the premiere of Ulrich Seidl’s Safari, which Dyekjær coproduced. She often cooperates with female directors, among them Phie Ambo, Mikala Krogh, Pernilla Rose Grønkjær, and Eva Mulvad, whose film The Good Life (2010) was victorious in KVIFF’s Documentary Competition in 2011.

She graduated in English and American studies from the Faculty of Arts of Brno’s Masaryk University. She has worked for a number of film festivals, taught American avant-garde film history and gender and queer theory, and has been actively involved in LGBT+ advocacy. Since 2005 she has been with People in Need (Člověk v tísni), the organization where she currently manages the One World International Human Rights Documentary Film Festival, the largest human rights doc fest in the world.

French director and producer. He wrote, directed, and produced the documentary War-Wearied (De guerre lasses), about the enduring impact the Yugoslav Wars have had on the lives of three widows. The picture, which took the Peace Film Award at the Berlinale, screened at dozens of festivals, including KVIFF 2001 where it took part in the Documentary Competition. Of Men and War, the second part of his Genealogy of Wrath trilogy, premiered in the Official Selection at Cannes in 2014; it also captured the main prize from IDFA, the largest doc fest, and picked up a European Film Academy nomination for best documentary.