February 25, the 6th edition of Envision festival in beautiful Costa Rica kicked off. Envision seeks to provide a platform for different cultures and musical genres and has an outspoken ecological consciousness. Offering a broad selection of workshops, yoga, art, performances, food, and, of course, music, Envision is so much more than just a festival. We had the privilege to interview Josh Wendel, one of the founders of Envision festival. 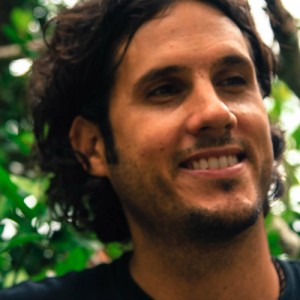 Q: How did Envision festival start?

A: Envision started six years ago. I moved to Costa Rica to create a permaculture farm and a sustainable community. I also opened a restaurant and a bar to bring music. Because, living in Costa Rica, that was the only missing piece: a place to eat healthy food and listen to good music. So, for me, creating Envision was a combination of all of those different things. I found six or seven people with a similar mindset, who were interested in creating a similar concept,  and who could bring different elements to the table.

The first year, we didn’t know exactly the concept that we were going for. We knew the elements that we would like to bring, which were different forms of life and electronic music, with performances, sustainable building, national foods, and workshops. But, we didn’t know the size, or exactly how it was manifest. We sold about 300 tickets the first year, there were about 600 people. And it turned out to be the right thing: it captured the magic of what we thought was the direction Envision intended to go. From that point on, we realized we had something. The size of the festival doubled almost every year after that.

Q: What is the aim of Envision festival?

A: Creating a holistic experience. It’s certainly about the music and celebration, but, it is also about living sustainable (for your body, the world, your mind, …), practicing different forms of spirituality, pushing art in different forms, and inspiring people to create and to be the best of what they really are. Especially in Costa Rica, more and more people are moving to the cities, trying to get regular jobs such as computer jobs, moving further away from growing their own food and living an inspired life. Of course, it’s also having a good party, but, it’s definitely much more than that.

A: I would define it completely different, although I also refer to Burning Man when I talk about Envision. We want it to be an interactive experience and that’s something that Burning Man surely is – BM is created by its participants, there are very few people that are just spectators.

One of the main differences between us and Burning Man is that we produce the event. We create the stages, the line-up, and the schedule. We create the experience that we want to take people through, and there is a message behind all of it. While Burning Man is a blank canvas. It’s a space in which people create, which also has undeniable powers. But, it’s less about sustainability, less about what is actually possible on this planet, and more just an incredible artistic expression.

Q: How did you select the DJ’s and artists for the line-up?

A: We look for exploring different types of music and musical genres that are pushing the boundaries. Every night should tell a story throughout each stage that interacts with the rest of the event. Each stage is complementary to the other. Of course, we also bring artists that are popular in different demographics and draw different audiences, but we wouldn’t bring any artist that we don’t feel fits with the picture of what Envision is. It has to be a piece of the story. We are always looking at what types of music would be appropriate for each individual slot.

So it’s more about curating the full experience and taking people on a journey. We want music that inspires people and plays the heart strings, although not all of it has to be conscious music that needs to be spiritually moving. Also, we try to make it accessible to people from Central America. We don’t want it to be anything too far in one direction that it turns people away. So, it’s always delicately considering what the audiences like and showing them different versions of what they might feel comfortable with. The overall experience is what draws people and what people talk about, more so than the specific line-up or the specific headliners. I don’t think that anybody comes to Envision to see one specific artist.

Q: How would you define the audience of Envision?

A: Initially, Envision drew a lot of crowd from the US West Coast festival scene. We got known through the Burning Man crowd. But we wanted to inspire people from Central America. So, we are always considering artists that potentially tap into Central and South America. Now, we attract more and more crowd from the electronic music scene in Europe.

Q: Do you succeed in attracting people from Central America?

A: Yes, and we try to encourage them more. We offer discounts for people from Central America and we promote in Spanish as much as possible. The biggest “challenge” that we had this year and last year, is that we sold out. In Costa Rica, it’s typical to wait till the last minute to buy your ticket or drive to the festival and buy your ticket at the door. Although we tried to warn people that it would sell out, a lot of people were upset. We are doing as much as we can to educate the Costa Ricans to buy their tickets in advance.

We are mainly bringing people to Envision that are already part of the ‘awakening’ or the consciousness that is also happening at the West Coast festivals. We are almost preaching to the choir. I feel that we have a much higher impact if we can reach the local audience. They haven’t seen anything like this whatsoever. We can help the local community by teaching locals to grow their own food sustainable, do yoga, eat healthy, recycle and compost. We want them to come down and have their eyes opened. That feels much more rewarding to me than when I see the same people that I see at any other festival.

Q: How does Envision surprise its participants?

A: What I like about Envision, talking from the production side of it, is being able to honor each form of art and let them work together to create that specific experience. On a stage, you see the best projection mappers working with the best lighting technicians, working with the best bamboo builders, framing a stage that has the best performance and that was totally designed and lit up for those performers. We are bringing a Function One sound system, which is the best in the world according to musicians.

People come to Envision, they saw pictures, they know the line-up, and they expect something: that artist will play that night at that stage and it will be amazing. But, what makes the festival is the little things that are out of what you expected, such as the interactive performances that pull your attention. That’s what tells the story and creates the experience.

Q: What are the future plans for Envision?

A: One thing that we do since this year is creating a lot more retreats and workshops – it’s called Envision Education.

More information about the Envision Festival on www.envisionfestival.com – the date for the next edition in 2017 is already revealed HERE!

Text and Interview by Noen Midday for hennesy.cc