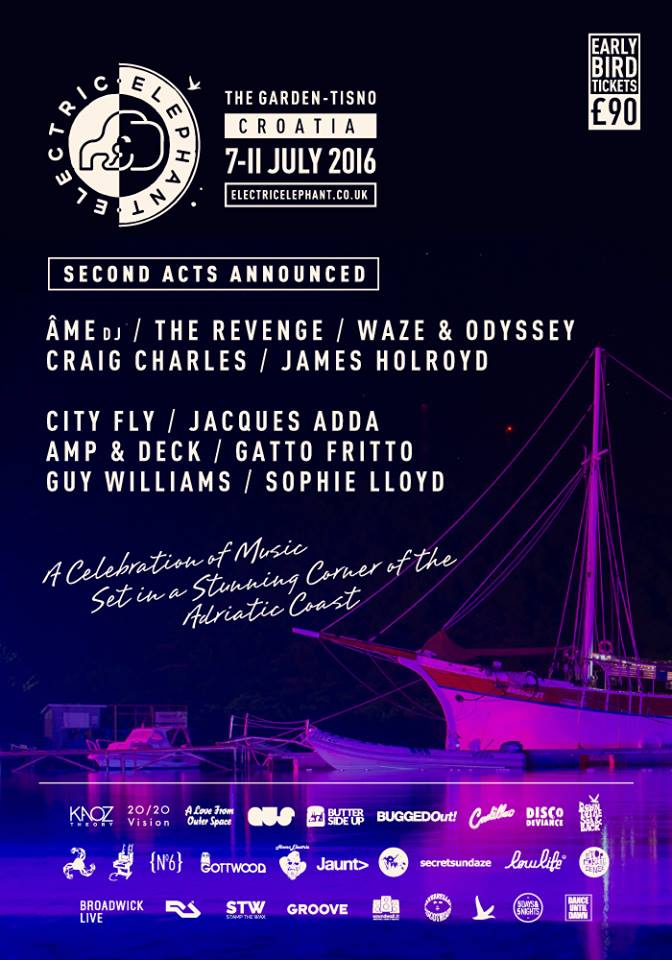 As pioneering deep house project Âme and co-founders of the ever-reliable Innervisions label, German production duo Kristian Beyer and Frank Wiedemann have been turning out influential music for over a decade. Kristian Beyer takes control of deck duty at Electric Elephant 2016, in what is sure to be a festival highlight! Waze & Odyssey have become one of the most talked about acts on the scene in recent years, following a string of critically acclaimed singles for the likes of Wolf Music, Disco Bloodbath and Throne of Blood. The duo’s remixes for the likes of Disclosure and T.E.E.D, not to mention that unforgettable R. Kelly „Bump N‘ Grind“ remix, have seen them grow a loyal league of fans, with tracks like „On The Downlow“ being being played and charted by artists from Annie Mac to Skream. Graeme Clark a.k.a. The Revenge also joins the bill. Master of the re-edit and purveyor of finely-crafted disco cuts, the Glasgow producer’s impressive back catalogue, with releases across Delusions of Grandeur, Z Records, Needwant, his own Roar Groove and the now defunct Instruments of Rapture, has made its way into many a discerning DJ’s record bag.

Craig Charles will make his debut appearance at Electric Elephant in 2016! The Red Dwarf star’s long-running radio show on BBC 6 Music, The Craig Charles Funk and Soul Show, sees him takes listeners on a weekly journey through the finest array of funk and soul music, as well as interviewing the likes of Earth Wind & Fire, Nile Rodgers, George Clinton, Carleen Anderson and even the godfather of soul himself, James Brown. As a DJ, his selection skills are second to none, with a record bag packed full to the brim of good-time vibes to expertly soundtrack a summer’s day in Tisno. Next up, a true DJ’s DJ, James Holroyd, known fondly to many as Boggy. Long time resident at revered club nights Bugged Out! and Back to Basics, and a dedicated crate digger, Holroyd’s tastes span wide across the spectrum of funk, house, disco and hip hop. A proven master of the warm up, having stepped up as the Chemical Brothers tour DJ on several occasions, we can wait to hear what he has in store for Electric Elephant!

Set in a magnificent natural amphitheatre with gently rolling hills leading down to a private bay, a shimmering sandy beach and crystal clear waters, Electric Elephant offers the perfect fusion of holiday and festival. With three stages, daily boat parties and the breath-taking Barbarella’s Discotheque, the festival offers a sublimely diverse range of sounds across the electronic spectrum. Boutique accommodation, luxury Shikar tents, apartments and villas are available on site, with the coastal village of Tisno offering further options and a host of restaurants and cafes, all within easy reach of the festival.

A limited number of early bird tickets are now available, priced at £90. Book your place now at www.electricelephant.co.uk 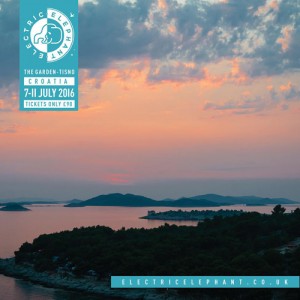