WECANDANCE festival rounded off a huge weekend of celebrations on Sunday. Taking place from 13-14 August on the sun-kissed golden sands of Zeebrugge Beach in Belgium, the fourth edition of WECANDANCE welcomed a record number of festivalgoers with 15,000 guests in attendance on each day.

#WECANTASTE
Food is a big part of the #WCD16 experience and the festival further proved its commitment to high quality, upscale festival food this year, continuing their hugely successful partnership with Michelin-starred restaurant The Jane. The sold-out, on-site pop-up restaurant welcomed 450 lucky diners per day, who were treated to a delectable five course menu created by The Jane’s celebrated chefs Sergio Herman and Nick Bril, who closed their doors of their restaurant in Antwerp and moved their entire staff to WECANDANCE for two entire days. Those not lucky enough to bag a ticket to The Jane were still offered a dazzling array of choice at the food market, with a wide range of signature dishes developed by many of Belgium’s leading restaurants and chefs, along with expert mixologists and even beach-roaming sommeliers who all added to the unparalleled food experience at the event. Check out some of the highlights here.

#WECANDRESS
The festival theme for this year’s edition of WECANDANCE was SPACE. The site was transformed into an an interplanetary playground and festivalgoers donned their finest futuristic, space-inspired outfits. Take a look at some of the best bits here. 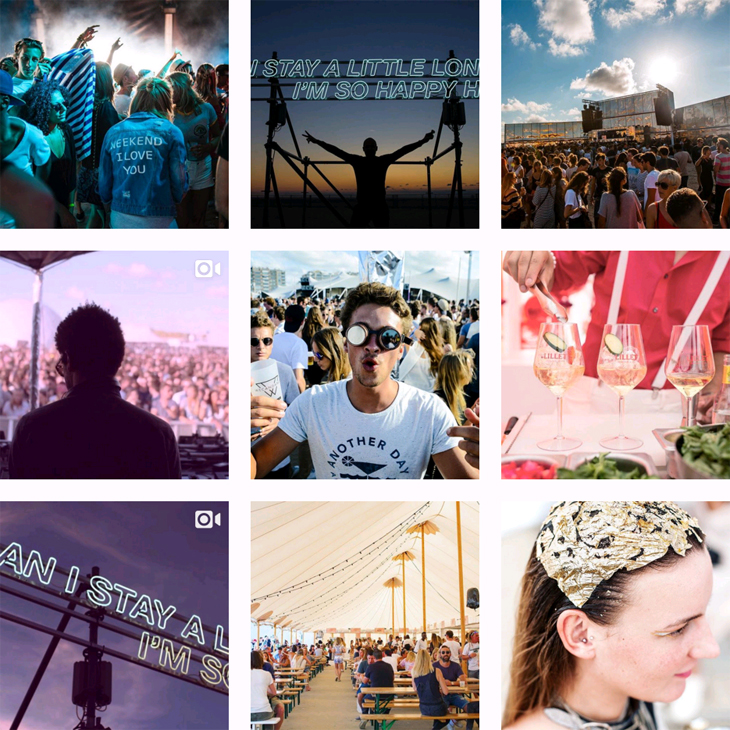 The Dates for 2017 are announced here. Keep up to date with all of the latest news at www.WECANDANCE.be