In 2016, We Are Europe, the association of 8 events joining forces in order to create, promote and produce innovative cultural practices, travelled through 8 European countries hosting an audience of more than 300,000 festival-goers and professionals.

We Are Europe is the association of 8 major European events joining forces in order to promote, create and produce innovative cultural practices, defined by creative diversity and exchanges. Our common project aims to develop a prospective vision of electronic culture, technology and entrepreneurship, contributing to new social and political developments with an interdisciplinary approach. 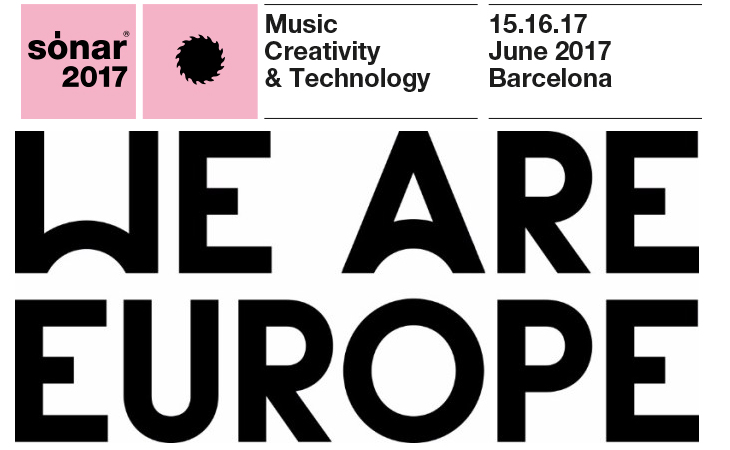 The first round of the We are Europe events just ended after an intense 12-month period. Our common project travelled through 8 European countries and has been presented in some of the most inspiring and innovative festivals and forums, hosting an audience of more than 300,000 festival-goers and professionals.

90 artists, from Europe, but also from North Africa, the Middle-East and the rest of the world – USA, Japan, Ghana, South Africa...- have been involved as part of our co-curation process. From electronic to piano music and arabic sounds through to digital art performances, they depicted what is Europe today: a dynamic cultural scene enriched by encounters and bright ideas that cross borders and disciplines.

75 speakers including entrepreneurs, artists, journalists, thinkers and scientists discussed Europe’s future with enlightening today’s initiatives and ideas, seen through the focus of cultural entrepreneurship—our annual topic—but also through the lens of internet decentralization and privacy, the potential impact of the blockchain in the creative and cultural fields, innovation in both technology and sciences, and bridges between Europe and Mediterranean countries. A big part of the future of culture in Europe lies in these topics.

Over the course of the year, each We Are Europe member has presented its own artistic and cultural vision in the countries of two or three different partners. From Serbia’s Resonate in April to Norway’s Insomnia festival in late October.

The project does not shape Europe’s identity, it has underlined was already there. More than ever, we are deeply convinced that, beyond the fact that we share the same artistic values and high level of presentation, we belong to the same culture. From the continent’s northen tip to the Balkans via central Europe, we carry shared values and are all concerned about the future of the European project and the implementation of culture within.

Our project will be on the road again from March to October, 2017. Each partner festival and forum will invite a new set of partners and we will all be focused on the topic “the role of culture in the city of tomorrow”.