THE VACCINES & TINARIWEN ADDED TO EXIT FESTIVAL’S LINE UP

THE VACCINES & TINARIWEN ADDED TO EXIT FESTIVAL’S LINE UP 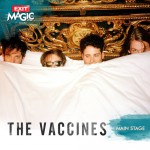 One of the best live bands of today’s rock scene, The Vaccines, will be premiering at EXIT Festival on Saturday, 9 July. The furious London quartet stood shoulder to shoulder with the likes of Coldplay, Mumford & Sons, Muse, and The Rolling Stones as nominees for the Best Live Act at the BRIT Awards; furthermore, the band shared the stage with some of them as an opening act!

The Vaccines are the 2012 winners of the NME Award for the Best New Band and they also won the Best Emerging Talent award at the 2011 Q Awards. The band’s debut album was the best-selling debut album of 2011, drawing comparisons to The Ramones and The Jesus and Mary Chain, while their second album Come of Age reached no. 1 in UK. 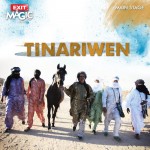 They will be joined at EXIT’s Main Stage by Tinariwen, a group of true rebels who switched their weapons for guitars becoming globally respected for their art as one the leading world music acts. The desert bluesmen are the Grammy winners for the Best World Music Album, openly admired by music giants such are Robert Plant, Thom Yorke, Henry Rollins, Brian Eno, and many others. 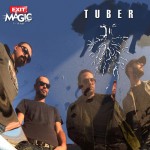 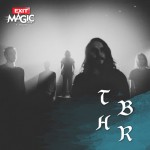 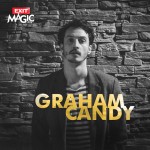 Here are the acts for EXIT Adventure announced so far: 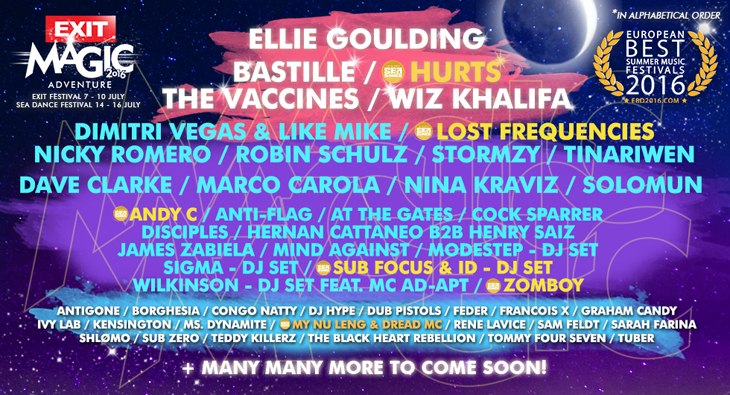