According to Mixmag poll, The Prodigy are the best dance band ever. We have no doubts about that; however, besides the great history and polls, important is also our belief that if any big name is to be repeated at the twentieth edition of Pohoda, the best candidate is this “dangerous” group of three. Those who saw their memorable concert in 2005 know why, and those who didn’t will understand. Here comes the crazy rolling bulldozer of sound where each and every tiny detail is thought of.

For each year of their career, there is about one million albums sold. They’ve won 2 Brit Awards, 4 MTV Video Music Awards, and 6x MTV Europe Music Awards. The Prodigy were founded in 1990 by Liam Howlett, Keith Flint, and Leeroy Thornhill. Later they were joined by Maxim. Already their debut album The Experience made it for a half year in the UK Top 40. Equally successful was the album Music for the Jilted Generation, which became No 1, and featured the favourite song Voodoo People. The third album The Fat of the Land and its songs like Firestarter, Breathe, and Smack My Bitch Up made them world stars. After Leeroy left, they released the album Always Outnumbered, Never Outgunned (featuring the successful single Spitfire). In the next album Invaders Must Die, the eponymous single and song Omen became especially favourite.

The album The Day is my Enemy hit the first place of the British charts immediately after its release (this is actually true for six consecutive albums of The Prodigy). As Guardian’s Dave Simpson put it in the review of their last year’s concert in Newcastle: “Back from a six-year absence, the electro-punk Firestarters are as thrillingly insurrectionary as ever. They opened the concert with Breathe and Omen and Firestarter was played as the fift− hits that others would sing to close a concert…  The past 23 years have allowed the dance behemoths to amass a catalogue that allows them to deliver such aces early on.”

The Prodigy do allow themselves much, because they can. They do not need keep up with the current times and trends, they set these trends. They can be heard in metal clubs, underground slums, glittering discos, and even hipster parties. They wiped off all the prejudices and all the doubts about the power and creativity of electronics and its connection with the ferocious live band. Need energy for the next 11 years? Come get your supply at their concert at the Trenčín airport. 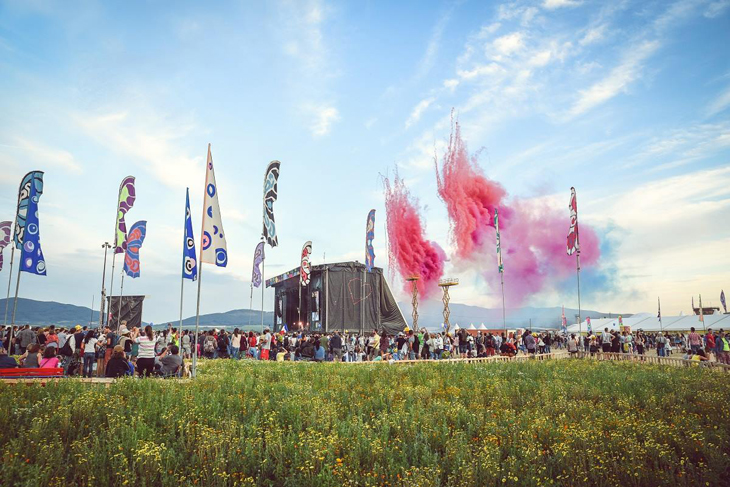