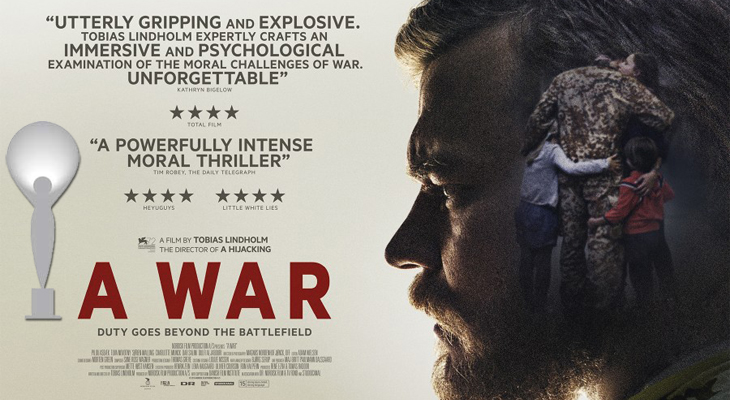 The film A War by Danish director Tobias Lindholm will be released in Czech cinemas on April 28, 2016, under the KVIFF Distribution label. 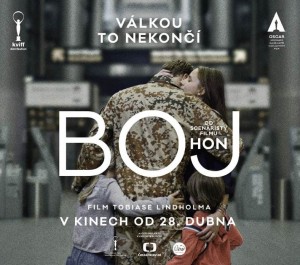 Following Sorrentino‘s Youth, this marks the second joint effort between the Karlovy Vary IFF, Czech Television and Aerofilms, which together comprise the distribution label. Their objective is to offer cinemas the most significant director-driven films of contemporary world cinematography that Czech audiences would have difficulty seeing otherwise. A War is a riveting drama about guilt and innocence that earned a special ovation from critics and audiences alike after its premiere at the Venice film festival. The Guardian for example called A War “a gripping and thought-provoking affair“. The success of A War at festivals abroad was crowned by a nomination from the American Academy of Motion Picture Arts and Sciences for Best Foreign Language Film.

“Following the very successful release of the film Youth, we are happy to be able to offer another film with an exceptionally strong story under the KVIFF Distribution label. A War has been met with rapturous responses from both audiences and critics since its premiere, and was topped off by an Oscar nomination. It is exactly the kind of title that we want to support through KVIFF Distribution, and we feel certain that it will appeal to Czech audiences as much as it has to us,“ said Karlovy Vary IFF president Jiří Bartoška.

War and humanity from the Scandinavian master of silent tension 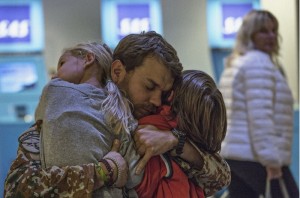 It is by now the custom of the unique Danish director and screenwriter Tobias Lindholm to confront each of his topics with a highly personal approach and psychological precision, to set “everyday” heroes in extreme situations in their lives in which they have to make a key decision in a mere moment, and then to have them face all of the consequences that their choice entails. His directorial and screenwriting credits include the superb drama A HIJACKING (Kapringen, Denmark, 2012) about an attack on a cargo ship by Somalian pirates, he has also collaborated for many years with another top Danish filmmaker, Thomas Vinterberg, most recently on the film THE HUNT (Jagten, Denmark, 2012) about a witch hunt for a falsely accused teacher. Likewise, Lindholm’s latest film, A WAR (Krigen/A War, Dánsko 2015), which depicts an army officer whose spur of the moment decision in a moment of pressure on a foreign mission, entails an uncompromising legal outcome upon his return and lasting consequences for his family and his own conscience, and sets itself apart with a riveting psychological detail of the main characters. The director’s frequent collaborator Pilou Asbæk gives an excellent performance in the lead role. Czech-Danish actress Tuva Novotny plays the role of his wife.

“You cannot be in the sun without making a shadow. And your shadow also means that the sunlight might not reach someone else. For a contemplative person, that often evokes a feeling of guilt,” director Tobias Lindholm says metaphorically of the consistent focus of his new film. The title of A War does not necessarily refer only to a tragic military situation, but generally to the battle within a person in a world of complex relationships, where good and evil cannot be easily classified. “For me, it’s always important to let both sides have their say. In a respectable depiction of various points of view, it is only by combining them that you can get some of the actual facts out. And how complicated the world is for an average human being, no matter where they live or what they do,” he adds. His brilliant work, A WAR, is evidence that the war movie genre can also be used to construct a civilian psychological drama in which the toll that war takes on the life of an individual is equal story-wise, or even far more significant and atmospherically impressive than, how war actually unfolds.