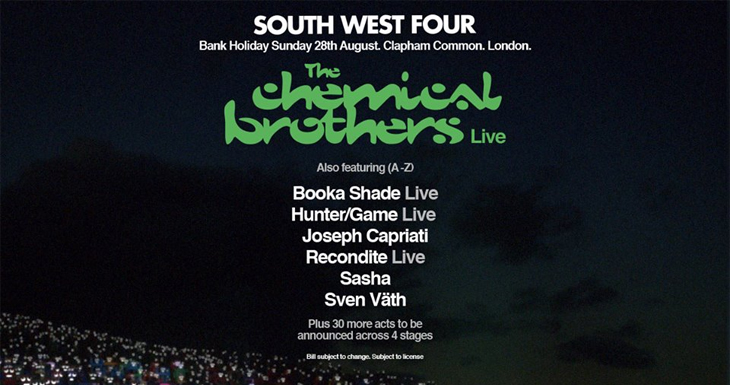 AFTER WEEKS OF RUMOURS, SPECULATION AND NON-STOP ANTICIPATION, WE CAN FINALLY REVEAL THE FIRST ACTS THAT WILL BE JOINING US ON BANK HOLIDAY SUNDAY 28TH AUGUST AT SOUTH WEST FOUR 2016.

This will see us continue on our quest to deliver only the very best DJs and live electronic events the world has ever seen, as SW4 continues to evolve into one of Europe’s most respected electronic music events. 2016’s edition will boast a wealth of festival exclusives, one-off back-to-back’s, colossal arena hosts, returning heroes and the greatest number of live acts ever showcased at the festival, all topped off by the biggest headliners South West Four has ever seen.

Set within the beautiful surroundings of Clapham Common, South London will once again be transformed into a musical haven as we confirm our first acts for the UK’s premier inner city dance festival. This is South West Four 2016…

In what can only be described as the biggest and most exciting booking to ever take place in our thirteen year history, we’re delighted to bring to South West Four the most exhilarating, mind-bending and show stealing electronic acts to ever walk the planet. Making their first outdoor performance in their home city in over half a decade, Bank Holiday Sunday 28th August will see The Chemical Brothers make their long awaited Clapham Common debut in what will be the biggest headline performance taking place in the Capital this summer.

The term ‘legend’ is often used without any real thought but in the case of techno titan Sven Väth, he is nothing less. The Cocoon boss returns to SW4 in 2016 having headlined the Dream, Don’t Sleep arena to devastating effect in 2015, giving us no choice but to invite the wax-wielding wizard back to Clapham Common twelve months later. In the past SW4 has seen Sven perform at his very best and 2016 will be no different, as he arrives for his exclusive London festival performance. 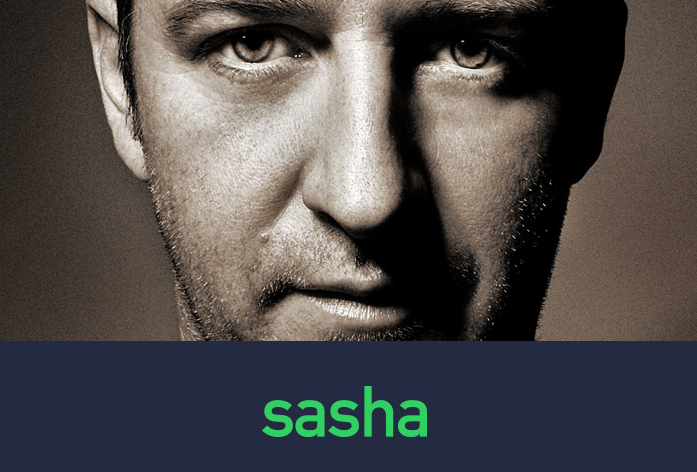 2016 will see us welcome home another SW4 icon as we bring Last Night On Earth boss Sasha back to our hallowed turf. After headlining the first edition in 2004 and then again in 2009, hosting his own arena in 2014 and performing on the main stage last year, he’s a firm fixture in our hall of fame. The tail end of 2015 saw him take a three month studio break, allowing his production genius to shift into overdrive and create an avalanche of brand new music for 2016 which promises to be showcased this summer. 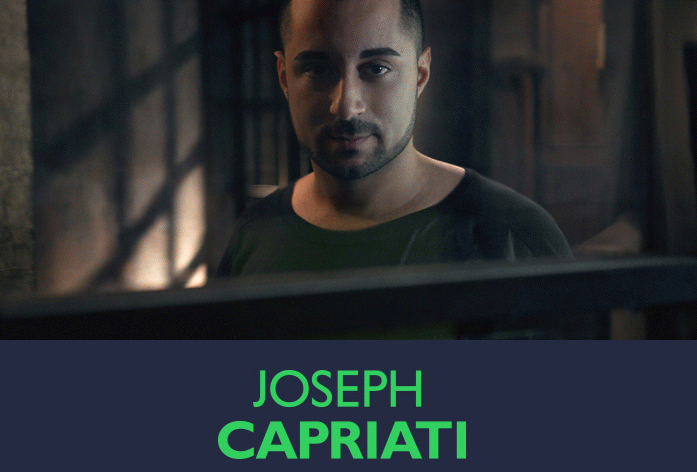 Now recognised as one of the most principal profiles in techno, Music On boss Joseph Capriati has established a reputation as a universally popular and in-demand electronic talent. As a firm favourite at events such as Awakenings, Time Warp and BPM as well as clubs including Amnesia, DC-19, fabric and Warung, the Italian titan has seen a dramatic rise to the top of a scene he now helps to shape. Joining us for the second time following a standout debut performance in 2015, his dark driving beats will be welcomed back with open arms as we present one of the underground’s favourite stars at South West Four. 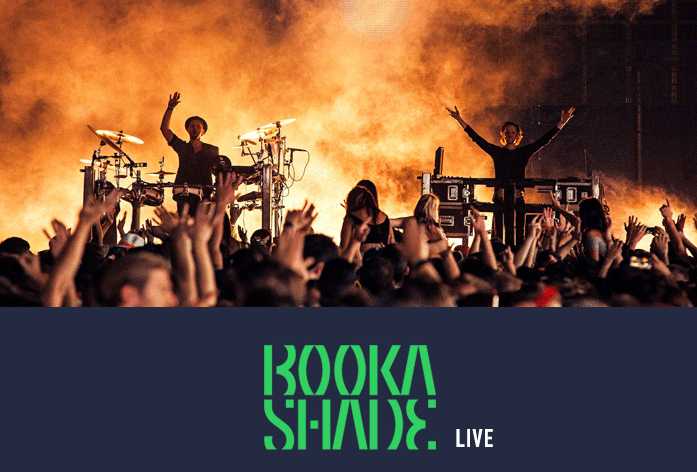 They return to South West Four after a year away from the festival following their unforgettable display in 2014. This year marks the 10th anniversary since the release of their definitive album ‘Movements’ featuring classic tracks ‘Body Language’, ‘In White Rooms’, ‘Night Falls’ and ‘Mandarine Girl’. The Booka Shade guys will celebrate this by re-releasing the album with new interpretations of these productions as well as launch their brand new show ‘Movements X [Live]’ which they bring to SW4 on Sunday 28th August. 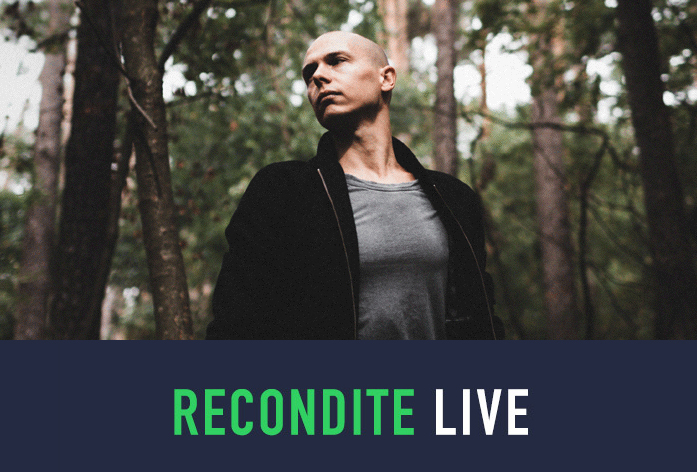 Recently voted #2 in Resident Advisor’s Top 20 Live Poll of 2015, Lorenz Brunner aka Recondite [Live] has confirmed his debut performance at SW4 on Sunday 28th August. As true fans of his exquisite sounds, we’re pleased to welcome him for the very first time and he represents one of our most anticipated live performances of the entire weekend. Boasting a unique, ambient blend of melodic techno and deep electronic sounds, his striking live show is a spellbinding artistic performance that needs to be seen to be believed. 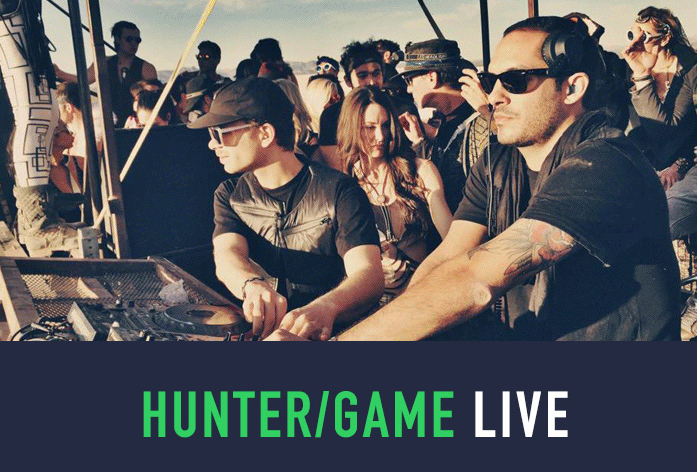 After gaining huge success through launching a series of parties in their home city of Milan, Emmanuele Nocosia and Matrino Bartola’s, also known as Hunter/Game have evolved into one of the underground’s most thrilling acts of today. In March the duo will see their debut album ‘Adaption’ released on Kompakt. Having kept a careful eye on their progress over recent years, we’re ready to showcase their outstanding talents and new music at South West Four. They make their well-earned debut on Sunday 28th August with their first ever live performance in the Capital. 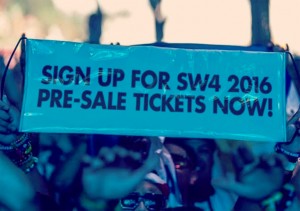 With an unprecedented number of sign-ups for our exclusive pre-sale we can confirm that the demand is going be stronger than ever. This record breaking number of devotees has never been so high so we’re expecting pre-sale tickets to be very popular.

Sunday and Weekend pre-sale tickets will be released this Wednesday (27th January) at 9am exclusively to those that have signed up via the SW4 website.

These pre-sale tickets will be priced at £59.50 + BF and £112.50 + BF respectively and once sold will increase in price. At this time we will also be releasing our group ticket offer of buy 8 get 1 free. This will give you the opportunity to make excellent savings on the standard ticket prices. For those that are unable to pay for these upfront, we’re introducing the deposit scheme where payment is taken in two instalments.