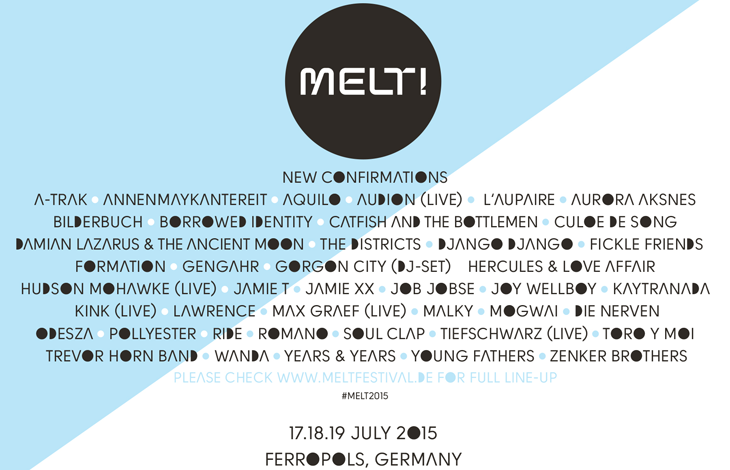 After the first wave of acts, Melt! Festival brings out the guitars and extends the line-up in Ferropolis with the legendary UK band Ride, Django Django and Mogwai. Alongside numerous acts like Jamie T or Toro Y Moi, we launch glittery pop and disco fireworks at our pre-party with the Trevor Horn Band, Hercules and […]