Sónar completes its music program for Barcelona with Underground Resistance presents Timeline and other high profile names including Mad Professor, Booka Shade, the new show from singer Niño de Elche, and the return to the stage of El Guincho. With the latest 38 additions to the line-up, the festival completes its list of national artists including […] 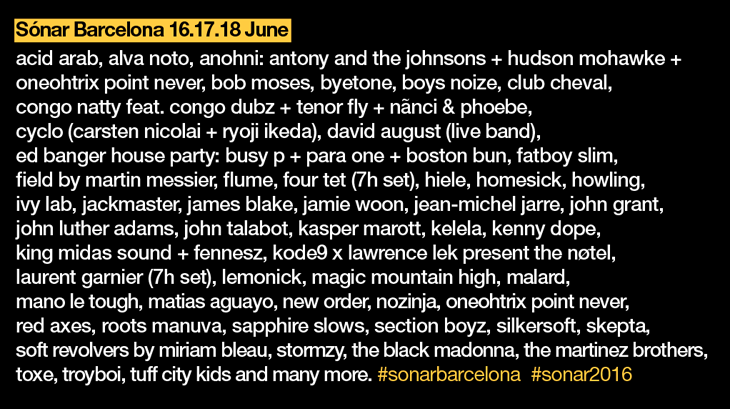