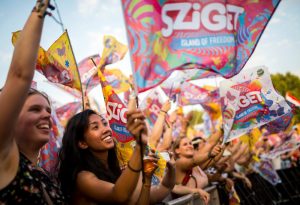 Sziget Festival, the week-long music and arts festival in Budapest, is happy to announce the program of its World Music Stage. This year the venue will start its program on Day 0, 11th August, opening with Buika and following with such names as Goran Bregovic and his Wedding and Funeral Band, Leningrad, Rachid Taha and many more from all over the globe. The Island of Freedom will happen between 10-17 August.

Sziget continuously offers one of the most diverse and progressive music programs, presenting artists from across the globe. This year, music fans can enjoy some first-class music at Sziget’s World Music Stage where concerts will start in the afternoon going till the evening, but the venue will not close afterwards as DJs will bring the beats till sunrise. This year the World Music Stage will already open on Day 0, so 11th August.

Buika combines all manner of styles along with her emotionally charged lyrics and a broken sensuality in her voice. Her numerous awards and honors attest to that. It will be a great start to the program of the venue. A very much awaited act, Leningrad, will definitely spice up the hot August day. The Russian band plays ska with punk, combining their music also with Russian marches, dance and folk songs. Goran Bregovic and his Wedding and Funeral Band will bring superb energies as his music marries sounds of a gypsy brass band with traditional Bulgarian polyphonies. The great atmosphere and dancing is guaranteed. Rachid Taha is an Algerian singer based in France. His music is influenced by many different styles such as rock, electronic, punk and raï. From Hungary, Pannonia Allstars Ska Orchestra, will bring deep rooted traditional ska spiced up with a violin to add some Hungarian flavor to the music, that is fine tuned with reggae riddims and jazzy melodies. Moreover Szitizens can enjoy the ‚power gypsy dance‘ of Baro Drom Orkestar, Balkan dances and elektro swing with Django Lassi, traditional Balkan, gypsy, Turkish music merged with swing and jazz by The Džambo Aguševi Orchestra, pop and Afro-American rhythms with Enzo Avitable or the energies of the brass band of Fanfare Ciocarlia or even the Afro-Caribbean and folkloric music of Colombia, with contemporary rhythms and cultural styles such as hip hop, house, techno, breakbeat brought by Systema Solar.

Program of the World Music Stage (in alphabetical order):

Sziget is a non-stop music and arts festival with hundreds of program offered every day for its 7 days. This time some new names have been added to the line-up such as Afrojack, Die Antwoord, Skunk Anansie, Troyboi and many more. Advance round 1 tickets are available until 5th May.

Sziget aims to represent as many genres and art forms as possible. This is the place where contemporary circus and EDM are neighbors and where the to-do list of visitors is just endless. The list of program venues are expanding continuously as the programs themselves. You can find the map of program venues HERE!

Grammy Award winning Dutch DJ and producer Afrojack, will definitely make a great party at Sziget, as well as the South African rap-rave group of Die Antwoord. The Canadian-born, LA based duo of DVBBS will definitely bring their high-energy presence behind (and on top of) the deck at Sziget. Szitizens can celebrate the anniversary of the birth of Punk; 40th anniversary with Marky Ramone’s Blitzkrieg, while Skunk Anansie will return to Sziget with a great live show. TroyBoi, one of South East London’s most closely guarded secrets has recently emerged from the shadows and is set to take the music industry by storm, now coming to the Island of Freedom. Moreover ZEDD, Russian-German Grammy Award winning musician and DJ is also coming as well as Carnage. 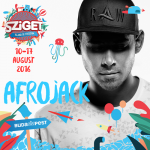 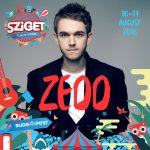 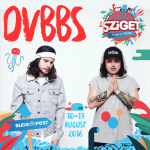 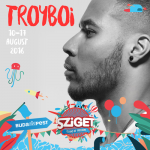