Sziget is happy to announce Rihanna as the Day 0 headliner of the Island of Freedom. The week-long festival holiday is held between 10-17 August, 2016. 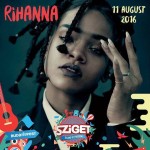 Rihanna is one of the most successful and talented singers of today. The 28-year-old icon is the youngest female artist who has achieved 14 number one singles, won 8 Grammy Awards and 12 Billboard Music Awards. Her very much awaited album ‚Anti‘ was released this year and received great reviews already. Rihanna is followed by more than 100 million people and her hits were played 8 billion times on the biggest video player. It is a great pleasure to have her exclusively at Sziget Festival.

The Island of Freedom was awarded to be the festival with the „Best European Line-up“ last year and aims to keep this title. This time Manu Chao La Ventura, Hardwell, Kaiser Chiefs, Fidlar and many more have been added. The festival is held in Budapest between 10-17 August, 2016. 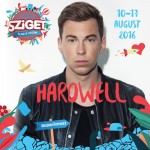 Sziget Festival is again working on a very colorful and exciting line-up, representing all genres. Just recently Rihanna, Sia, Noel Gallagher and many more joined the already prominent program, but there is no stopping this time either. This year’s End Show, on the last day of the week-long festival on 16th August, will be hosted by Hardwell, who will definitely crown the last Main Stage slot of 2016. Manu Chao La Ventura will bring danceable rhythms and a great atmosphere also to the Main Stage. Sziget is also happy to have Kaiser Chiefs, Fidlar, Boys Noize, Dillon Francis, Movits!, Vinai, DJ Sliink and punnany massif.