Sziget Festival, the one-week music and arts festival, will once again have a colorful and exciting line-up. This time Kasabian, Interpol, Billy Talent, Flume, Crystal Fighters, Charli XCX and many more have been added. The 25th Island of Freedom will be held on a beautiful green island in the middle of Budapest between 9-16 August, 2017.

Sziget is a place where more than 50 venues await its Szitizens during 7 days non-stop. Probably this is the biggest multicultural festival, where almost 500.000 people meet from more than 100 countries to celebrate. Awarded this year as Artists’ Favorite Festival at the European Festival Award, Sziget now received all awards that are out there on the European festival scene. The program is announced continuously, but this time organizers have added 16 new names to the line-up.

The music program always aims to be as colorful as possible, representing almost all genres.
Among the 16 names now we can find many who will perform on the Main Stage of the island as Kasabian, Billy Talent, Jamie Cullum, The Kills, Clean Bandit and Metronomy. The gigantic tent of A38 will host superb productions as Interpol, Flume, Crystal Fighters, The Pretty Reckless, Fritz Kalkbrenner, Jagwar Ma, Charli XCX, Cashmere Cat, Danny Brown while the home for electronic music, the Arena will welcome Sunnery James & Ryan Marciano as well as Maurice West. The energetic band, Leningrad will perform on the World Music Stage.

Party never stops on the island, but besides music there are hundreds of programs representing the most important performing arts as circus, contemporary theatre and dance, street theatres and many more. In addition, activities are uncountable when it comes to arts & crafts, sports, cinema. The full program with all fun, music, performing arts and activities will come in the upcoming months. 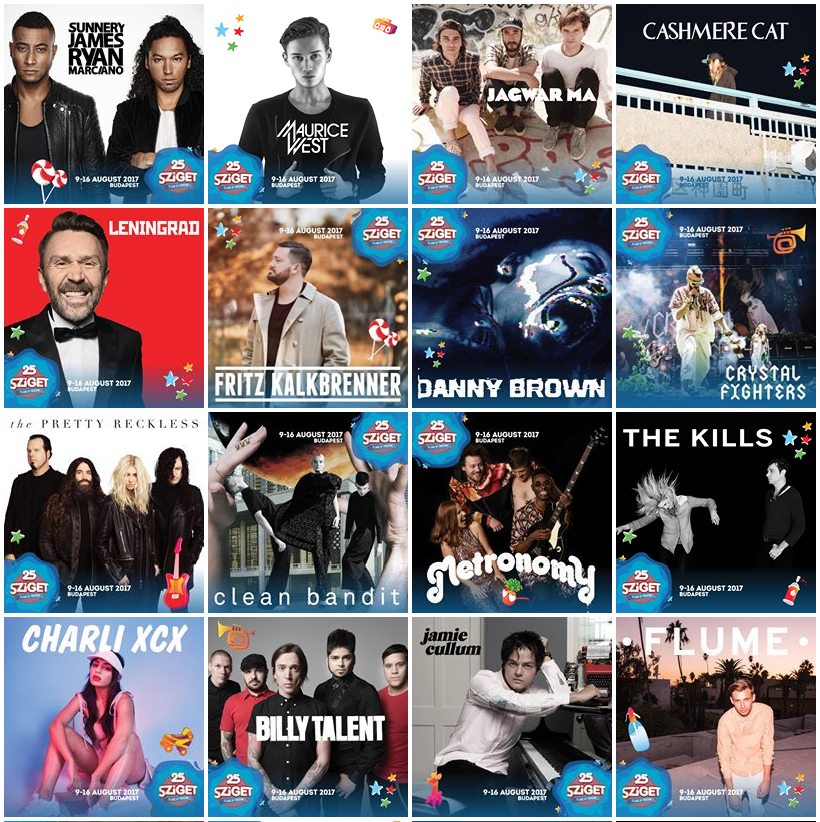 To feel the real Sziget atmosphere watch the official aftermovie, summing up the 7 days craziness and vibe.