SZIGET FESTIVAL 2016 WITH THE CHEMICAL BROTHERS, TINIE TEMPAH AND MORE

SZIGET FESTIVAL 2016 WITH THE CHEMICAL BROTHERS, TINIE TEMPAH AND MORE

The line-up of Sziget Festival is getting more and more diverse, representing all genres. This time The Chemical Brothers, Tinie Tempah, Editors, BOY, BØRNS, Fedde Le Grand, Laidback Luke and many more were added to the line-up. This one is the last major music announcement of the 7 day festival, as the program is almost ready. Tickets are selling out with record speed, so those who would like to party non-stop for 7 days and enjoy the Sziget vibe, should definitely act now.

The program of more the more than 50 program venues are continuously being added to the seven days of fun of the Island of Freedom. At Sziget visitors cannot only enjoy the biggest acts playing on the Main Stage and other popular venues, but also discover exciting installations, programs and many art forms as contemporary circus, theatre, dance, street theatres and many more! The non-stop program variety of the seven days is almost ready, the detailed schedule is coming up next week. 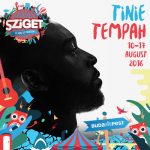 On the Main Stage The Chemical Brothers will be performing on 10 August and Tinie Tempah on 14 August. For the past twenty years, The Chemical Brothers have redefined the idea of live electronic music. All the while, it has adhered to the same basic idea: that the gig should create its own transcendent audio/visual space where the audience can lose themselves for the duration of the set. Tinie Tempah, the British rapper will definitely bring some great vibes to the Main Stage. He remains one of the most likeable pop stars today. 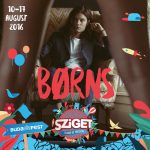 The OTP Bank A38 Stage is happy to host Editors, who are now officially back, the charismatic duo of Valeska Steiner and Sonja Glass aka BOY, American musician and singer BØRNS as well as Wiwek, Snails, Maduk ft. MC Mota, Noisia ‚Outer Edges‘ and Kasra.

Tickets are selling out this year with record-speed. The 5 days passes are no longer available and more than 90% of the 7 days passes are already sold. So, those who would like to enjoy the 7 days of the Island of Freedom should hurry up.