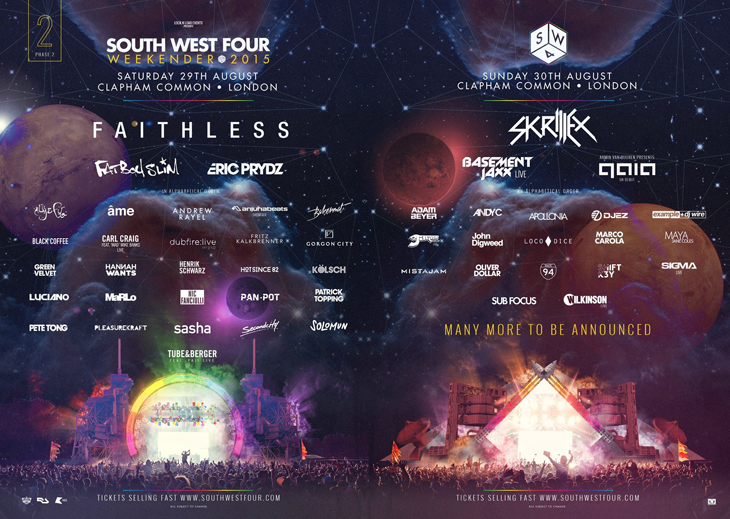 House and Techno. Two words which form the backbone of South West Four. Over the years the very greatest names have come to Clapham Common, delivering the most scintillating performances in the process. 2015 will be no different, as we present the strongest lineup of underground stalwarts to ever grace SW4.

So far our lineup has featured a combination of new and familiar faces, with debuts handed to the likes of Luciano, Dixon, Dubfire LIVE, Apollonia, Pan-Pot and Joseph Capriati and a welcome return for Marco Carola, Maya Jane Coles, Adam Bayer, Tale of Us and Sasha, amongst others. As the third phase of our lineup launches with another round of international heavyweights we think we’ve outdone ourselves. We hope you agree… 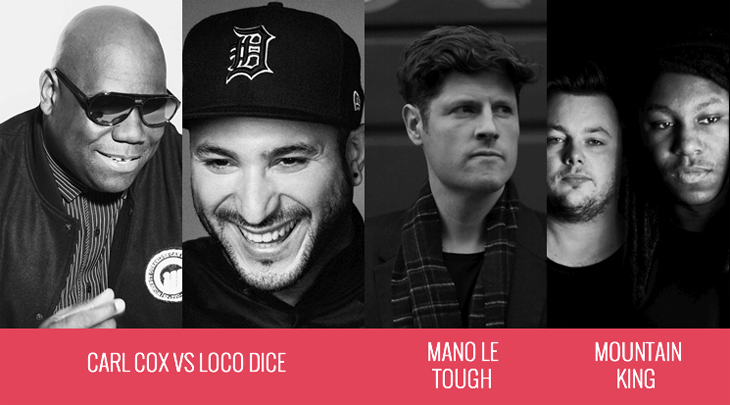 “I look back to the old days of me being on the Common and now things have obviously changed a lot, but it’s still South London, it’s still Clapham Common. It’s still true to my roots of where I came from and who I am as a DJ. I have built my career from coming from South London and I’m very proud of that. As I have built my career and become a worldwide name, it all really started from Clapham Common.” Carl Cox

Carl Cox vs Loco Dice. A meeting of minds. A meeting of masters. At SW4 2013 these two titans clashed for the very first time in the UK with a set which went down as one of the greatest in our history. Two years later they return to headline our second indoor main stage on Sunday 30th August and inflict an even greater level of destruction than they were responsible for twenty four months previously. Be prepared to have your senses pulverised. Carl Cox vs Loco Dice is coming…

When one half of Innervision’s Âme says “Thanks to Mano Le Tough, I have no fears for the future of House” you sit up and take notice. Irish born and Berlin raised, Mano Le Tough has risen to international stardom in recent years thanks to a plethora of superb productions and remixes on only the most prestigious of labels. It’s now the time for Mano to showcase his outstanding talents with a very special performance at SW4 and show why he is the future of house music.

Debuting their live show in a world exclusive at South West Four, the forces of Ejeca and Citizenn combine to bring you Mountainking Live. Expect melodic tribal rhythms and a mysterious, dark and empathetic sonic tapestry from two of the most exciting artists currently residing in UK house music. Having recently received critical acclaim for their ‘Acidboi’ EP on Ejeca’s Exploris imprint, including tune of the month in Mixmag, Mountain King could well be the most exciting new pairing to hit the UK dance market this festival season. 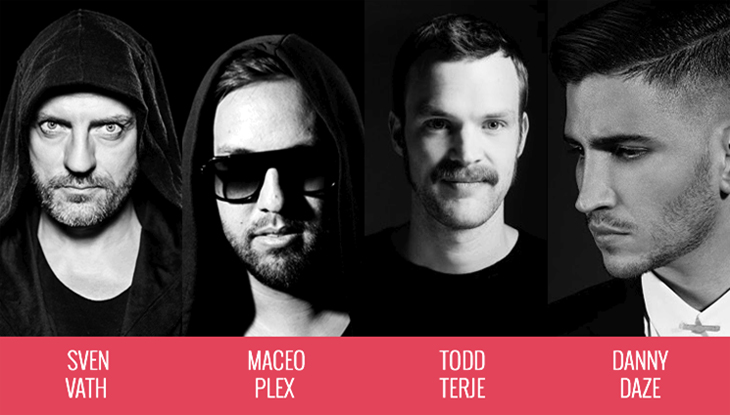 Pioneer. Visionary. Legend. Superlatives like these are easily banded around in dance music circles but when you are recognised as one of the most iconic figures within the industry, as well as one of the greatest DJs to ever walk the Earth, they are fully justified. Sven Väth comfortably falls within all of these categories. Having celebrated his 50th birthday last year, 2015 will see Papa Sven return to South West Four for the fourth time on Saturday 29th August will rank as he headlines Maceo Plex’s 7000 capacity ‘Dream Don’t Sleep’ arena.

There are very few artists residing within house and techno today as beloved as Maceo Plex. Recent years has seen him destroy the world’s most esteemed nightclubs and festivals, with his past two London appearances witnessing him host an arena at SW4 2014, followed by a masterclass performance at a sold out Electric Brixton this past Easter. Recognized as one of the most respected and accomplished artists of his generation, the Miami native returns to host his own ‘Dream, Don’t Sleep’ arena at SW4 one more time on Saturday 29th August.

An artist we have practically been stalking for half a decade finally arrives on Clapham Common this summer as Norwegian DJ, songwriter and record producer Todd Terje makes his long awaited SW4 debut. In 2013 Todd was responsible for what many considered the track of the year in ‘Inspector Norse’, whilst last year he followed this up with the release of his debut studio album suitably titled ‘Its Album Time.’ If you like your disco, Todd Terje Live at SW4 is the only place to be…

Hailing from Miami, Danny Daze has championed his sound in recent years after uniquely fusing elements of Detroit techno with Italian disco. With non-stop tours across the world and the release of productions on the finest imprints of today including Minus, Saved, Hot Creations, Dirtybird, Future Classic and long-term friend Maceo Plex’s Ellum, Danny’s profile has grown ten-fold since making his SW4 debut last summer. This makes him one of the most exciting acts to make the trip to South London on Saturday 29th August. 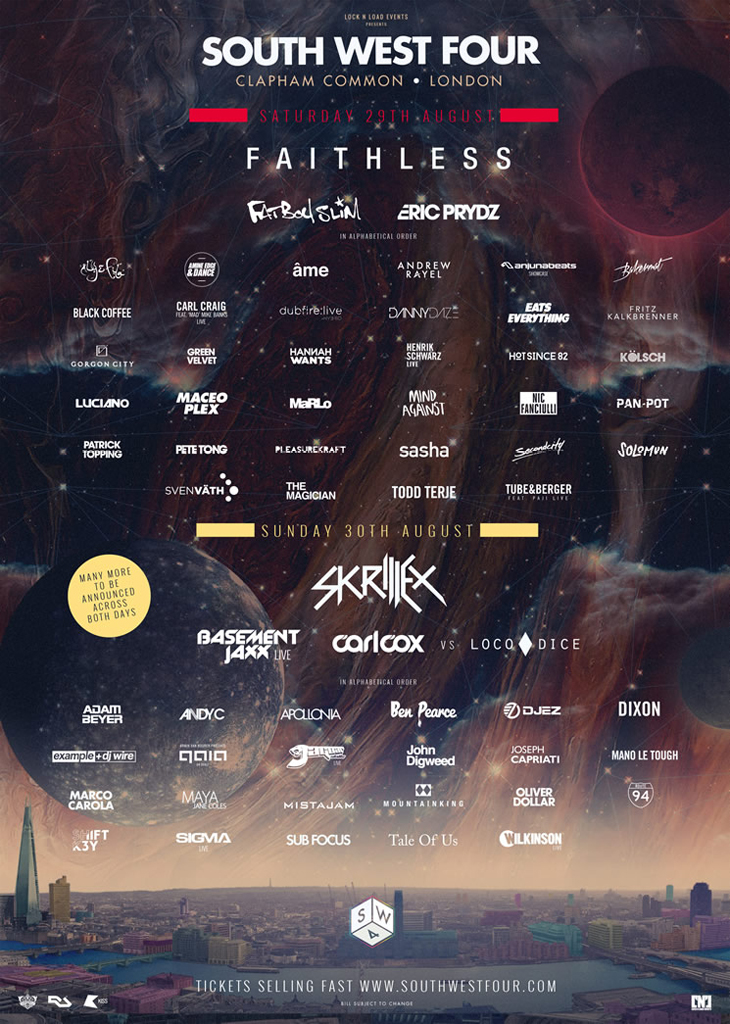