STARS WHO HAVE PERFORMED AT DISNEYLAND: THE WORLD’S FIRST EDM FESTIVAL AT A DISNEY THEME PARK

STARS WHO HAVE PERFORMED AT DISNEYLAND: THE WORLD’S FIRST EDM FESTIVAL AT A DISNEY THEME PARK

Stop everything! A brand new EDM festival is coming to Disneyland Paris. Electroland is a fully immersive party extravaganza taking place at Disneyland Paris on Saturday 8 July 2017, showcasing sets from super-star DJs Steve Aoki and NERVO amongst others.

Although this will be the first ever EDM festival to ever take place at Disneyland, Steve Aoki and NERVO are in good company as the park is no stranger to hosting a mega star or two. Since its opening in 1992, Disneyland Paris has hosted some of the greatest music stars in the world… 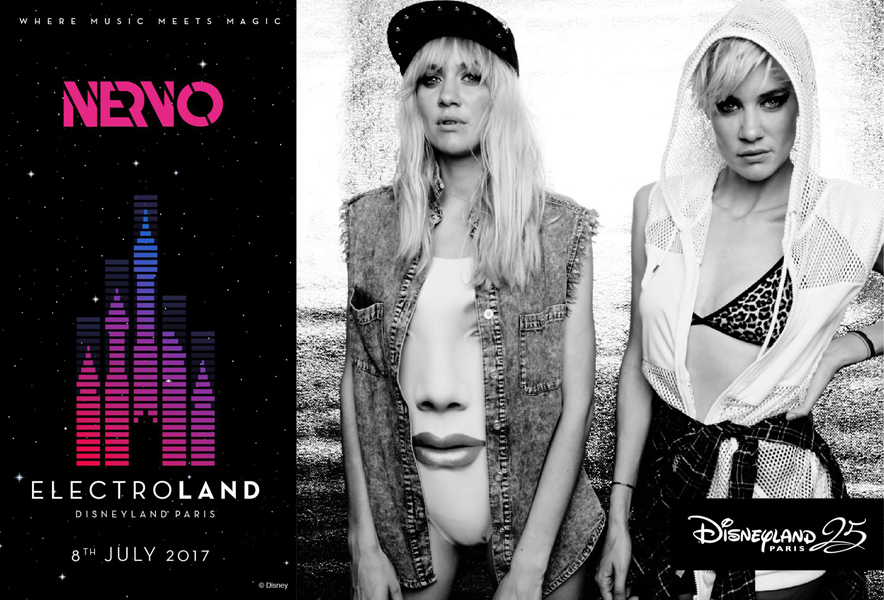 STARS YOU DIDN’T KNOW HAVE PERFORMED AT DISNEYLAND PARIS:

Cher and Tina Turner, 1992
At the grand opening of Disneyland Paris in 1992, the park threw a party like no other which saw not one but two of the world’s biggest stars take to the stage. The swaggering, head-shaking legend that is Tina Turner and 80s mega diva Cher took to the stage to treat spectators to a jaw-dropping show which was  televised and shown all over the world.

Elton John, 1995
Creator of some of Disney’s most iconic songs, pocket rocket (man) Elton John performed live at Disneyland paris in 1995 to celebrate the opening of the attraction Space Mountain. Performing to a mesmerised crowd, Elton dropped classic after classic including of course the timeless Lion King hit Circle of Life.

Andrea Bocelli, 2002
Everyone’s favourite Italian tenor Andrea Bocelli graced the stage at Disneyland on march 15th 2002 for the gala night. His performance was a prior to Walt Disney Studios Park grand opening on march 16.th

Stromae, 2010
Stromae performed on November 13 in Disneyland Park in front of the magical Sleeping Beauty Castle for a huge flashmob live on TF1. The performance was for the charity ELA with 1500 participants, performing a choreography to the famous Stromae song “Alors on danse”.

John Legend, 2017
The multi-platinum selling, Oscar, Golden Globe, and 10x Grammy Award-winning, all round mega star John Legend graced the stage at the 25th anniversary of Disneyland Paris in March 2017.

The singer songwriter moved fans with a tear jerking set in front of the magical Sleeping Beauty castle. The All of Me singer played his hits before he concluding with his own rendition of Disney classic Beauty and the Beast. 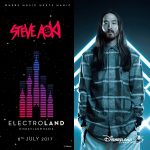 Grammy-nominated electronic dance music superstar Steve Aoki  is renowned for his pandemonium inducing sets and will perform at Electroland in July in what looks set to be a truly unique, high octane performance.

With a giant LED screen, projection mapping onto one of the park’s most iconic attractions – The Twilight Zone Tower of Terror, some very special guests, surprise immersive elements and access to the park at night, all set against a magical Disney backdrop, Electroland needs to be seen to be believed.

A 100% dance-electro experience with a never-before-seen programm and an exceptional line-up of world-renown DJs and producers. An unexpected experience and epic night to the sound of electro music set in the unique Walt Disney Studio Park®. Production Courtyard’s open-air stage welcomes the audience in a setting that will whisk them away into nightlife’s festive atmosphere with spectacular projections onto the Twilight Zone Tower of Terror ride.

For the experience to be one of a kind, the public will have access to the main attractions, bars and restaurants, privatised for the event.

Don’t miss out! Tickets are still available for the one night extravaganza HERE!
www.electroland.com