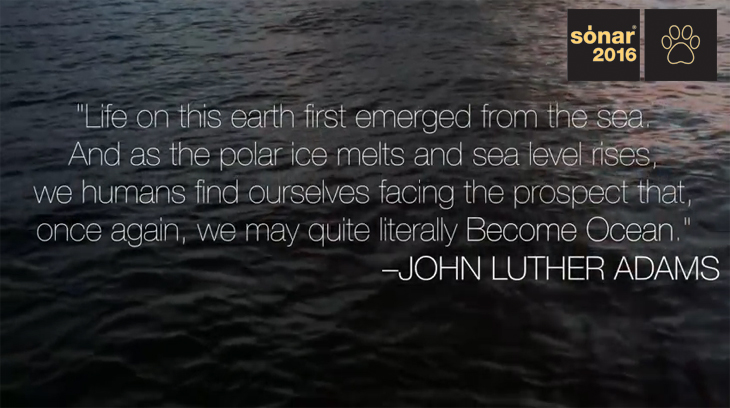 Sónar returns to the L’Auditori in 2016 with the European première of „Become Ocean“, an orchestral piece about climate change, written by John Luther Adams and performed by the OBC. 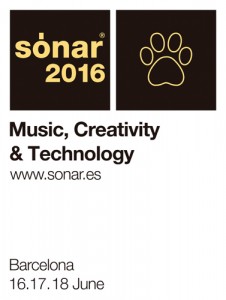 The first collaboration between Sónar and L’Auditori came about in 2003. British producer Matthew Herbert performed two concerts alongside a unique big band, through which he combined an assortment of musical genres including swing, musique concrète and house.

For eight consecutive years until 2011, the fruits of this collaborative connection -under the Sónar banner and the L’Auditori annual program- enabled events in Barcelona that showcased various performances where the musical entities such as the aesthetic of contemporary composition and the latest cutting edge electronica coincided -and often collided-.

During these years, the OBC collaborated with artists such as Ryuichi Sakamoto, Richie Hawtin, DJ /rupture, Fennesz and Pan Sonic. In L’Auditori’s Hall 1 and 2 it presented projects including Alexander’s Annexe, duo Sakamoto + Alva Noto, CaboSanRoque and Basquiat Strings, as well as fundamental twentieth century avant-garde works including „Music for 18 Musicians“, the widely celebrated composition by New Yorker Steve Reich –via the bcn216 and Synergy Voices interpretation.

JOHN LUTHER ADAMS AND „BECOME OCEAN“, THE COMPOSER AND HIS WORK 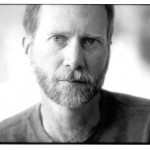 John Luther Adams (1953) is a composer whose body of work follows three principal musical languages that can often be found within the same piece of music: orchestral minimalism, in keeping with Gavin Bryars and compatriot John Adams, -with whom he should not be confused- and the multimedia installations and ambient electronica of Lou Harrison. Adams -who since the 1980’s has lived in Fairbanks (Alaska)- has created a personal and unique world, developed over decades of exploring his own sound in which the orchestra aims to reproduce the sound of nature at its more virginal, pure and sometimes violent state. Linked for years to the environmental movement, the Adams’s music is not just an abstract representation of snowy mountains, glaciers and Arctic landscapes, but is also a vehicle to warn against the progressive destruction of protected areas.

„Become Ocean“, commissioned and premiered in 2013 by the Seattle Symphony Orchestra, is a piece moving halfway between symphonic writing and contemporary ambient, toward the repetitive and pessimistic language of electronic producer William Basinski, as a kind of transposition of drone aesthetics to an orchestral symphonic language. It is a 42-minute piece inspired by the mass of the Pacific Ocean and is call to arms concerning the progressive melting of the Arctic by global warming. This is how Adams described the idea of his symphonic poem, „Life on this planet first emerged from the ocean. As the polar ice melts and sea levels rise, we humans may find ourselves, quite literally, becoming ocean again.“

For 20 minutes, the orchestra simulates rising sea levels with a tremor of strings, repetitive swaying of wind instruments and percussion, until reaching „Become Ocean“ -found at the centre of the piece- with a harmonic cataclysm, which continues to retrace its steps and returns to its previous score -although playing in reverse-, thereby creating a sense of three phases: melting, flooding and the return to calm. Adams not only audaciously writes his own scores –like a palindrome-, but also manages to create a deep sense of calm, tension and despair without abandoning a tonal language, perfectly accessible as an exciting lyricism. Not surprisingly it was favourably reviewed by critic Alex Ross who described „Become Ocean“ thus, „it may be the loveliest apocalypse in musical history.“ 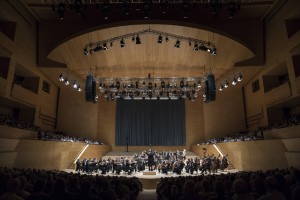 The OBC is part of the Consorci de l’Auditori i l’Orquestra, formed by the Catalan Government and the City of Barcelona. Since April 1999, the OBC performs in its own venue, the L’Auditori of Barcelona, designed by Spanish architect Rafael Moneo.

Sampler Sèries draws it support from L’Auditori for this new sound creation through a tour of modern productions that incorporate I+D elements in the field of music. The series will include artists like Ascolta Ensemble, the Ensemble Recherche, Neue Vocalsolisten Stuttgart, Otomo Yoshihide, the Oslo Sinfonietta and Peter Evans, to name but a few; all undisputed leaders in a diverse cross section of new music.

The show will take place on Thursday the 16th of July 2016 at 8.30pm at the Pau Casals Hall1. Tickets already on sale HERE

NB: The Sónar 2016 Pass and Accreditation will not permit access to this concert.