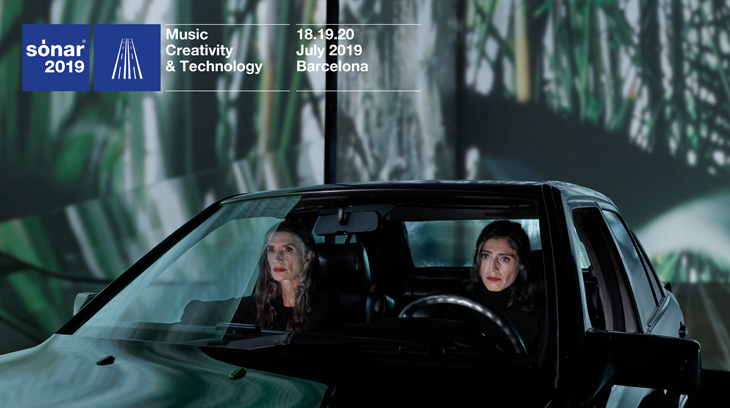 Today, Sónar unveils the first round of artists to perform at Sónar Barcelona 2019, featuring two live performances that best represent the contemporary hip-hop scene: American rapper A$AP Rocky, who will bring his new show to the main stage of Sónar by Night and UK producer and rapper Skepta, a key figure in new urban music.

Disclosure, perhaps the most popular production duo in the world, will debut at Sónar with a new DJ show, showcasing the sounds and themes of their forthcoming record. „2019 is going to be special year for us, we’re going to be doing something very different to what we’ve done before. Sónar is pivotal moment of our summer and a show we’ve always wanted to play. We can’t wait!„.

For his part, Berliner Paul Kalkbrenner, one of the brightest stars of global dance music, will present his eighth album „Parts of Life“ at the festival, a work full of devastatingly effective techno melodies designed for the dance floor.

Contemporary classical music with a twist will be represented by a duo featuring one of the most prominent modern ambassadors for 20th century minimalism, pianist Bruce Brubaker, performing with Northern Irish electronic musician Max Cooper. Together they will perform live reinterpretations of well-known pieces by Philip Glass with a show called ‘Glassforms’.

Among the DJ sets at Sónar 2019, of special note will be Berlin’s Dixon playing a closing set on Saturday as well as the marathon 6hr set that Floating Points will play at the custom SonarCar stage on Friday, in what will be his only Spanish date in 2019. Peripatetic house star Maya Jane Coles will present her pseudonymous project ‚Nocturnal Sunshine‘ on the SonarVillage stage at Sónar by Day, exploring the more urban and bass driven sounds of her forthcoming LP under that name. Other prestigious artists behind the decks at Sónar include Amelie Lens, Artwork, and a one-off b2b from Blawan & Dax J.

New sounds in urban and bass music will be represented by Ross From Friends, Octavian, Murlo, and the Catalan dancehall mc Bad Gyal. DJ Andy C, one of the living legends of the British drum&bass and jungle scene, will demonstrate in one of his masterful sessions why he is considered an institution behind the decks.

Summery R&B comes courtesy of French producer FKJ, while exciting new sounds from the African continent are represented by Kenya’s Slikback, and, from Uganda, the DJ, filmmaker, rapper and producer Hibotep.

Once again the SonarXS stage showcases sounds from the global streets, with breakthrough artists such as Catnapp, Cecilio G, Brat Star and D’Valentina.

For the fourth year running, Resident Advisor take part in Sónar, this year co-curating the SonarLab stage over both nights. The first confirmed artists are, on Friday: Andy C, Octavian, Murlo (Live); and on Saturday: Blawan b2b Dax J and Deena Abdelwahed (Live).

The image for Sónar 2019, starring Angela Molina, a world-famous Spanish actress, and Vir Rousse, Sónar’s booker, shows the journey by car of a mother and daughter through extraordinary worlds.

As in some previous years, the festival’s image – created by Sergio Caballero – will take the form of a short film, which on this occasion will make its first incursion into the dramatic genre, narrating the story of a mother who tries to convince her daughter not to commit suicide.

SÓNAR AROUND THE WORLD

In 2019 the 3rd editions of Sónar Istambul (8 and 9 March) and Sónar Hong Kong (13 April) will take place, as well as the 7th edition of Sónar Reykjavík (25, 26 and 27 April).
‚A Taste of Sónar México‘ (15 November) and the 4th Sónar Bogotá (17 November) were recently celebrated in their respective countries.
The dates of the 1st full edition of Sónar Mexico as well as those for Sónar Buenos Aires in 2019 will be announced soon.

The congress for technology and creative industries, Sónar+D 2019 will take place as a prelude to and in parallel with Sónar by Day at Fira Montjuïc in Barcelona, on the 17th, 18th, 19th and 20th of July..

Today the call begins for participation in Sónar+D Innovation Challenge, aimed at companies with specific needs for innovation and attracting talent.
All the information is available at www.sonarplusd.com

Time Out Barcelona has distinguished Sónar with the Time Out Award 2018, for its pioneering role in changing the city’s cultural landscape.

“For over 25 years, Enric Palau, Sergio Caballero and Ricard Robles have made Barcelona more stimulating, enjoyable and audacious (both by day, and by night). For this reason, Sónar wins the Time Out Award 2018”

This recognition is the centrepiece of the awards that, for the last 10 years have been given out to honour the creators, works, cultural initiatives, most innovative projects of the year, as well as the most radical talents in the city.

The Sónar 2019 full festival pass is now available for 170 € while the VIP Season Ticket is available for 270 €. Both passes are only available at this special price until next January at www.sonar.es

Sónar+D’s Professional Accreditation is now at the special price of 240€ – while stocks last – which will allow access to all the activities and also has a series of exclusive advantages that an be consulted at www.sonarplusd.com