SÓNAR BARCELONA 2016 UNVEILS THE FIRST ARTISTS IN ITS LINE-UP 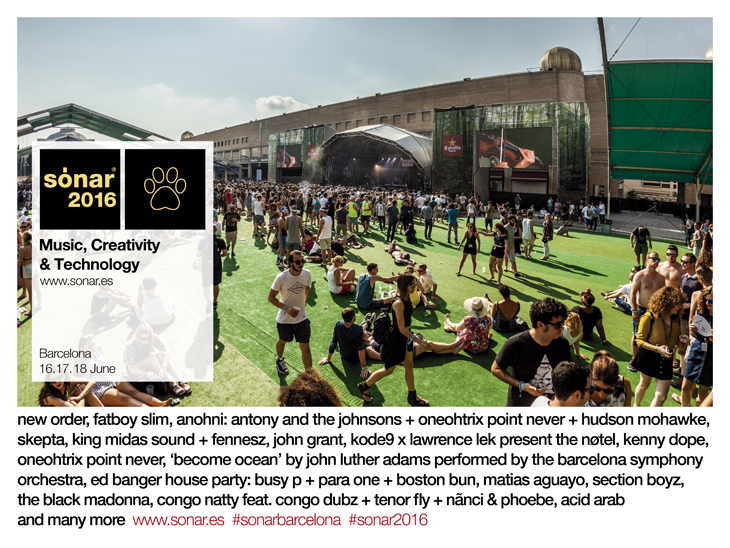 SÓNAR BARCELONA 2016 UNVEILS THE FIRST ARTISTS IN ITS LINE-UP

THE FIRST NAMES FOR SÓNAR BARCELONA 2016

‘Become Ocean‘ de John Luther Adams interpretado por la OBC (US-ES)
European premiere of the masterpiece by American composer John Luther Adams, a beautiful call to arms concerning climate change. It will be performed by the OBC as part of the new partnership between Sónar and L’Auditori.

New Order (UK)
The most influential group in the history of electronic pop will perform their celebrated hits together with songs from their new unanimously praised album, ‚Music Complete‘.

Skepta (UK)
The biggest star of the current British grime scene will present his new album on one of the Sónar by Night stages.

John Grant (US)
The bold and versatile musician, with a long established reputation, couples chamber pop and synth glam, in his own inimitable and way. He will perform songs from his album „Grey Tickles, Black Pressure“ in what will be his first appearance at Sónar.

Fatboy Slim (UK)
The popular English DJ and producer will touch down at Sónar with a spectacular audiovisual show incorporating powerful images and his sure-fire grooves and electro-funk hits.

Ed Banger House Party (FR)
Benchmark Parisian house collective. The team led by Busy P (this time accompanied by Boston Bun and Para One) will be responsible for putting the finishing touches to Sónar by Day.

Kenny Dope (US)
One half of New York’s legendary duo Masters at Work will perform a set jam packed with timeless house, hip-hop and garage classics.

Matias Aguayo (CH)
The Chilean DJ and producer will close one of the Sónar by Day days, with a show that includes otherworldly house, tropical rhythms and impossible choreographies.

The Black Madonna (US)
Resident DJ at Chicago’s legendary Smart Bar, she is now one of the most admired and sought after selectors on both sides of the Atlantic. 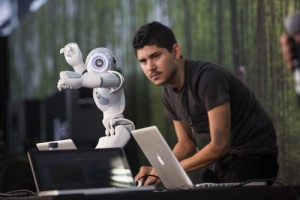 THE FOURTH EDITION OF SÓNAR+D

Sónar+D, Sónar’s international congress for digital culture and creative technologies will be held on 16, 17 and 18 June 2016, inside the Sónar by Day venue, bringing together the world’s leading names, who are shaping the future of design, music, audiovisual and interactivity.

The Day/Night Accreditation is now available at the special price of 195€, but only until 16 December. It offers a number of unique benefits, which you can read about here

In 2015, the third edition of Sónar+D brought together a total of 3,900 accredited professionals from 60 countries and involved more than 2,000 national and international companies. It also included prominent personalities from the world’s creative industries who participated in various activities such as conferences and workshops.

With Christmas in mind, SónarGift will go on sale from tomorrow, Friday 27 November. This limited time promotion includes a General Pass for the entire festival plus a number of exclusive surprises, all for the special price of 180€. You can purchase it here.