Sónar 2018 takes place on the 14.15.16. June in Barcelona, and will feature over 130 shows and special guests to celebrate this historic edition.

Today Sónar 2018 unveils an advance of its music program, announcing thirty artists. Among them, remarkable live performances from Richie Hawtin with ‚CLOSE‘, Bonobo, Ólafur Arnalds, Kode9, George FitzGerald, Lorenzo Senni, Rels B or Mueveloreina and DJ sets from Laurent Garnier, Helena Hauff, Black Coffee and Tony Humphries and a special concert by the Barcelona Symphony Orquestra, playing “In C” by Terry Riley, one of the most significant pieces in minimalist classical music.

Listen here an introductory playlist for the first sounds of #sonar2018. 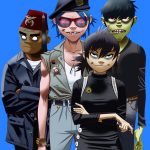 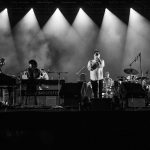 Legendary New York group LCD Soundsytem return for an exclusive date in Spain, at which they will perform new songs from their recent album „American Dream“, as well as tracks from their impressive back catalogue. 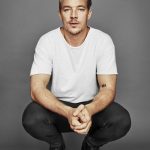 Sónar also confirms the participation of two legends of Sónar festival: Richie Hawtin, with his show ‚CLOSE‘, a performance including an enhanced audiovisual set-up with a deployment of cameras strategically distributed around the stage which will allow him to transmit live the relationship between man and machine via a large screen; and Laurent Garnier who will play out the weekend on Saturday night, with a special SonarPub closing four hour set, that’s sure to go down in history.

Wiley, the godfather of grime, will present urban rhythms deriving from hip-hop and ghetto beats from around the world, drawing on one of his best works to date, the recently released, „Godfather“. Also on the line up, a new breed of talent including British DJ Jamz Supernova, producer duo Jarami  (collaborators with Frank Ocean), Portugal’s Nídia (a mainstay of the Principe Records label), Barcelona’s Mueveloreina and, from Majorca, Rels B (both revitalising hip hop and trap forms) and Sweden’s Dinamarca, with his scorching approach to bass music.

On Thursday night, Sónar at L’Auditori will present a special concert by Barcelona Symphony Orchestra (OBC) conducted by Brad Lubman, performing one of the most significant pieces of minimalism, “In C“ by the renowned Californian composer Terry Riley. This is the latest collaboration between Sónar and L’Auditori’s ‘Sampler Sèries’ cycle of concerts. Meanwhile, at Sónar by Day, and also falling midway between classical and contemporary music, will be a performance by Iceland’s Ólafur Arnalds.

Sónar Calling GJ273: A historic celebration, open to public participation. Sónar’s audience, and creators of all kinds are invited to take part in Sónar’s call for extraterrestrial intelligence. Compositions in any musical genre can be submitted to the project, of which 3 pieces of 10 seconds will be selected to join the next transmission, taking place in April 2018. More information at www.sonarcalling.com.

Sónar continues its journey around the world, starting with the third editions of its festivals in Latin America: Sónar Buenos Aires – celebrated this past weekend (26 November) and the upcoming Sónar Bogotá (2 December). In 2018 the celebrations continue with the 6th edition of Sónar Reykjavik (16.17 March) and the second editions of Sónar Hong Kong (17 March) and Sónar Istanbul (6.7 April).

Sónar+D, the congress for technology and cultural industries  which takes place 13.14.15.16 June, opens three different calls for participation today, 29 November: the Sónar Innovation Challenge, directed to tech companies with specific needs of innovation and recruitment of talents; MarketLab, focused on companies, creative studios and educational centres; and Startup Garden, the space dedicated to startups related with the creative industries in the search of funding rounds. More information at www.sonarplusd.com.