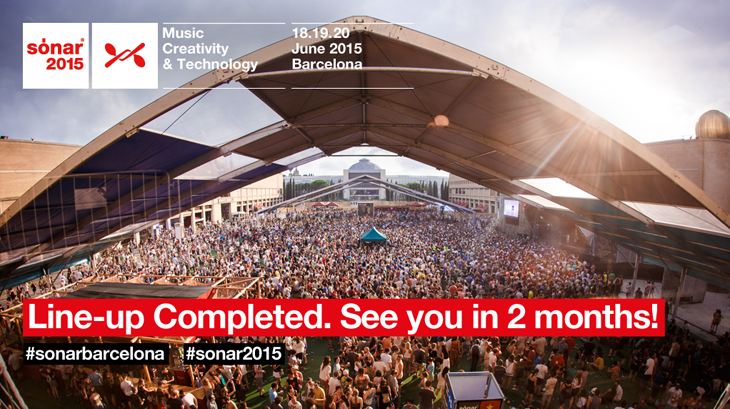 Two audiovisual shows are added to the Sónar by day programme: „The Well“, pairing the young producer Koreless with the artist Emmanuel Biard; and the premiere of „Blueprint“, a show designed by the visual creator Joanie Lamercier in collaboration with the musician James Ginzburg. 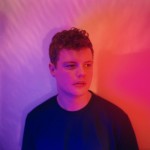 Sónar 2015 will present a collaboration between the young and talented producer Koreless and visual artist Emmanuel Biard (who is also responsible for creating the Sónar by Day stage show for Evian Christ). Their joint show is entitled The Well and will deliver spiralling rhythms combined with a fascinating lighting design.

In the same vein, French artist Joanie Lemercier -recognized for his work with the Antivj collective- will premiere „Blueprint“ at SonarComplex, a new audiovisual piece created with Bristol musician James Ginzburg adapted especially for the festival. „Blueprint“ explains the story of the cosmos and architecture through a powerful system of projections on two lateral screens and a central monolith. 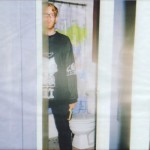 The festival adds to its line-up: the hyperactive Nick Hook who will offer an eclectic set of analogue electronica for the large green dance floor at SonarVillage; Chilean beatmaker DJ Raff will navigate without restraint between hip-hop and dance music; and reputed crate diggers of the best in current hip-hop, the Southern Hospitality collective, will perform at the SonarCar stage on Saturday night. 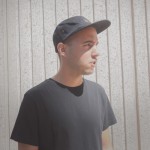 Sónar continues to support national artists in its line-up, increasing the domestic scene’s panoramic view for 2015. A particularly noteworthy debut performance will be from Pional, one of the most respected national artists both at home and abroad. He will showcase new material in his live show, with an album due for release this autumn. 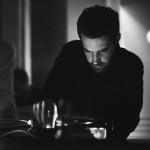 Sónar by Day will also host the live show by Skygaze (who will open the festival on Thursday at SonarVillage), the experimental Davic Nod and EVOL, forming part of the Editions Mego showcase; and sets by Pedro Vian, head of the Modern Obscure Music label; the emerging Innercut and Downites; and members from Collective+0 currently making waves in the Canaries scene. 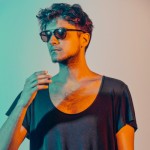 At Sónar by Night we will be able to enjoy: powerful bass lines form Blastto; the infinite wisdom of Angel Molina (with a set prior to the Duran Duran concert); elegant tech-house from Baldo; nocturnal and kaleidoscopic pop from Cascales; trap from Will Blake; the MK Ultra collective’s Render b2b Veski visual set; and dance floor talent from the youthful Uroz and Carreno Is LB.

Ten new artists join the line-up to complete the SonarDôme stage program at Sónar by Day, curated by the Red Bull Music Academy. 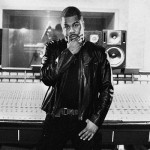 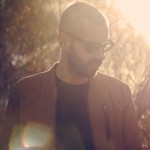 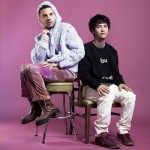 Two experienced, high quality and noteworthy names will be: producer and American hip-hop dj Just Blaze, a legend of the genre having worked with Jay-Z, Eminem, Kanye West, Diddy, Drake and Kendrick Lamar among many others. In a diametrically opposite plane, there is Nazoranai, the super group formed by three kingpins of cutting edge experimental music: Japanese Keiji Haino, American Stephen O’Malley from SUNNO))) and KTL fame, and Australian guitarist Oren Ambarchi. 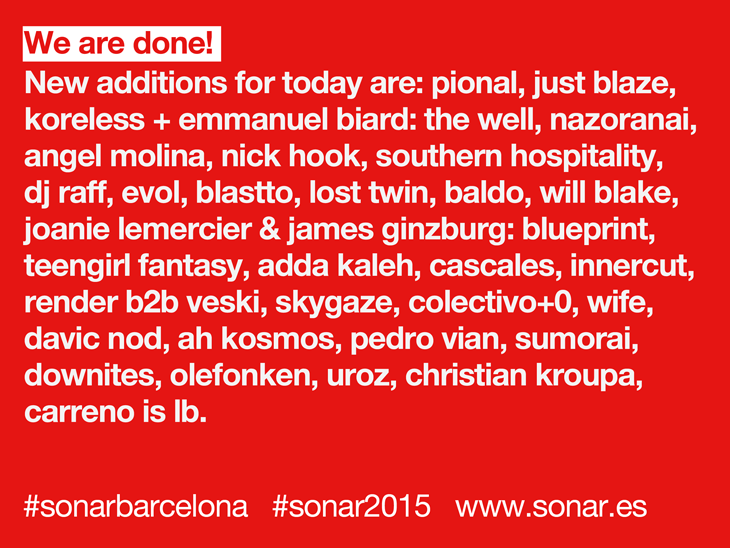 Sónar+D turns Sónar by Day into a giant laboratory 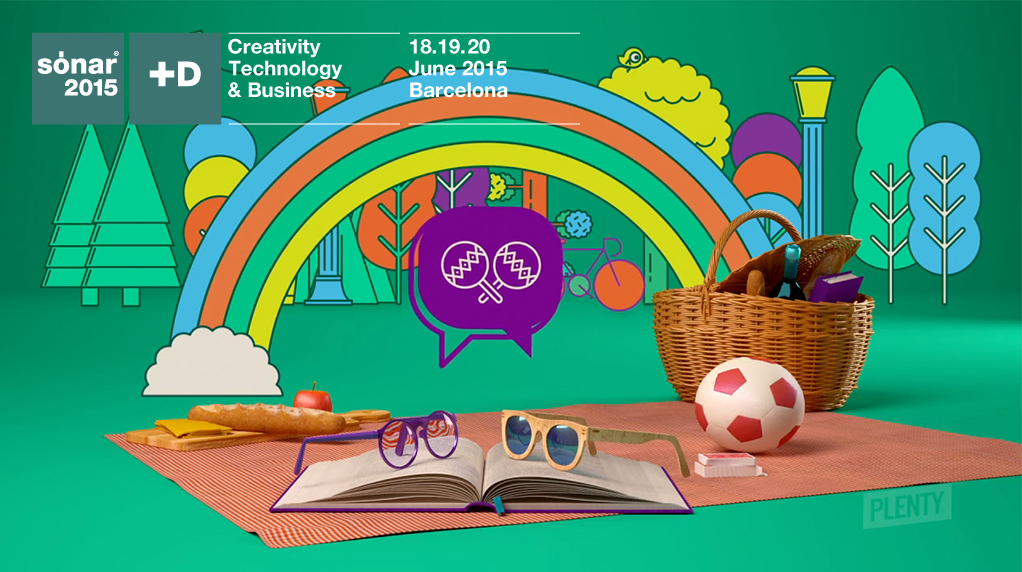 Sónar+D is the international conference for creativity and technology, designed to promote talent and business opportunities in the digital culture environment.

Sónar+D is divided into four areas -Exhibition, Congress, Networking and Live Performance- with an exhibition space, an auditorium for conferences and workshops plus zones for product demonstration, hands-on interaction and networking. Live shows and new media facilities are also scattered throughout the festival. A part of the activities are only accessible to accredited professionals, while others are also open to the general public.

This year, to enhance the experience for attendees, Sónar+D expands and moves to the Fira Montjuïc’s Hall 4, a spiral space that reflects the events’s open and interactive spirit. These changes reaffirm Sónar’s pioneering nature in reinventing the use of public facilities and spaces.

Sónar+D will also bring forward its opening time to 10am -two hours before the start of Sónar by Day- and run until 8pm.

Sónar+D also becomes a hub between the creative communities and technology industries in Catalonia and is an essential part of Barcelona’s digital strategy. To this end, Sónar+D 2015 has signed collaboration agreements with the Barcelona City Council and the Generalitat Department of Culture’s ICEC (Catalan Institute of Culture Industries). 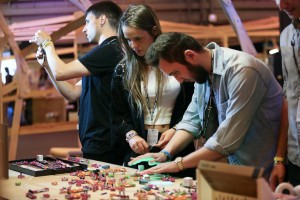 Sónar+D grows in ambition and scale

Among the leading figures already confirmed and included in this year’s Sónar+D program there will be Kickstarter, Vimeo, Pinterest, littleBits and Arduino, whose participation will include several activities demonstrating first hand, their models for business, potential growth and their keys to success, as well as providing various workshops and master classes.

Filmin, Spain’s principal online streaming platform for TV series and films will partner with Sónar+D to develop a series of workshops for audiovisual industry professionals. Their online film festival, Atlántida Film Fest, will be integrated into the Sónar+D program.

The Start-up Competition returns and will focus on the creative industries, selecting 10 companies from among a hundred to compete. Once again the Music Hack Day organized by the UPF’s (Pompeu Fabra University) Music Technology Group also returns, with this year’s challenge addressing wearable technology for musical creation and interpretation. 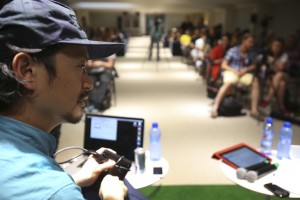 Following the success of its impressive visualisation of musical genres data presented in 2014, the Barcelona Supercomputing Centre returns to Sónar+D with an even more ambitious project called ‘We Know What You Did Last Sonar’, a huge real time collective data analysis experiment in which the public will participate.

This year’s other key events will be master classes from Indy Saha on Google Creative Lab, the Google ideas incubator; the European Commission’s presenting their project STARTS (Science, Technology and the Arts); the talks with Dan Gray, creative producer of ustwo (creators of the 2014 video game Monument Valley); or Richard Russell, music producer and founder of XL Recordings among others yet to be announced.

Sónar+D and the Sorigué Foundation present the 2nd edition of the SónarPLANTA art submission prize which will première a large-scale installation specifically created for the festival, to be announced on April 29.

SonarPLANTA is the joint initiative by Sónar and the Sorigué Foundation held over three years and aims to foster and celebrate research and experimentation with creative languages around the technology and New Media art. Sónar+D program will also include activities in neighbouring cultural institutions such as the Mies Van der Rohe Pavillion and CaixaForum Barcelona.

Sónar+D grows in ambition and scale

The 3rd edition of Sónar+D takes a big step forward in its ambition and scale. The event is already one of Europe’s key dates for discovering technologies, platforms, personalities and initiatives that determine the current state of creativity in its many forms. These range from music, audiovisual, interaction and technologies for makers, to new services and digital content.

In its third year, Sónar+D has become a transversal and multidisciplinary event, bringing together representatives from across the digital culture spectrum: artists, designers, technologists, programmers, open hardware and software platforms for makers, interactive and app development studios, companies and university creative departments, the music and audiovisual industry, online platforms, start-ups and investors.

Sónar+D and the Sónar festival will turn into a giant space for exchange and dialogue among the developers of new technology, the artists who used it for their creations, and entrepreneurs or companies adding value with new business models.

The pioneering format combining the Sónar festival and Sónar+D Congress has grown into a unique “360 degree” event, in which equal attention is paid to all phases of a project: from its creation and the development of technologies to make it possible, to its production and eventual presentation on the stages of the festival.

This uniquely profiled “business and leisure” event will also turn Sónar+D into an inspirational laboratory for RTD and innovation sectors beyond the creative sphere that wish to detect trends and cultural consumption habits.

Sónar+D hopes to act as a node between creative communities and the technology industry in Catalonia, and specifically position itself as an essential part of Barcelona’s digital strategy. Within this strategy, this year will see a progressive de-seasonalization of the event, increasing collaborations with institutions and creators/users communities, in both the days building up to Sónar+D, and throughout the year via various scheduled workshops.

Sónar+D 2015 includes outstanding figures of global importance from the creative landscape and its various disciplines. These platforms, technologies and services are used daily by millions, helping to make their projects possible. Without them, it is impossible to understand the creative dynamics of today. Sónar+D will present first hand, information about the keys to success and the bringing together of user communities from funding platforms for creative projects, digital content distribution channels and powerful technologies for makers, while helping participants to apply them to their own initiatives.

The business platforms participating will include Kickstarter, Vimeo, Arduino, Filmin, Pinterest, and littleBits among others. More to be announced soon.

2) The faces and stories behind the creative process

One of Sónar+D missions is to present the faces and stories hidden behind today’s most important creative projects, revealing the key elements in their work and to dissect their creative processes. In 2015, the congress will include exceptional record producers, game designers, musicians, technologists and programmers who will open the doors to their studios.

3) The festival as a laboratory: experimental technologies and languages

Along with success stories and major benchmark projects, the Sónar+D program pays special attention to emerging technologies, aesthetics and dialogues that will shape the future languages. There will be exclusive presentations of new tools, formats, installations and performances that are redefining technology’s aesthetic discourse, with experiments that will transform the festival into a giant laboratory.

There will be presentations and workshops headed by Indy Saha from Google Creative Labs,  the European Commission’s STARTS program and the Glassworks studio together with audiovisual production company CANADA. As well as large-scale experiments performed by Barcelona’s Super Computing Centre and the annual Music Hack Day, among more to be announced soon.

A model for a public-private partnership

From this year forward, the collaboration between the authorities in the consolidation, design and development of Sónar+D, conjugates in separate agreements signed with Barcelona City Council and the Generalitat Department of Culture’s ICEC (Catalan Institute of Culture Industries). These agreements are in the nature of private enterprise with the public vocation of Sónar, i.e. to the joint definition of objectives and a plan of activities which, with the private sector initiative as the main booster, will impact and contribute to a variety of sectors within the creative, business and the Barcelona’s citizens networks.

Sónar and the Barcelona City Council have signed a collaboration agreement, which identifies Sónar+D as a strategic event, driver of emerging sectors with high qualitative value.

Also, Sónar+D and ICEC (Catalan Institute of Culture Industries) are working on a collaboration agreement that is part of the Generalitat de Catalunya’s “Pla de Cultura Digital” (Digital Culture Plan).

Sónar Festival and Sónar+D have been selected by the EU to take part in the Europe Creative Culture program along with seven other festivals, which will be set up in 2016 for three consecutive years.

Specifically designed for those interested in the Sónar+D programme, the new Day Professional Accreditation provides access and allows you to participate in and enjoy all the content, and offers access to all the concerts at Sónar by Day plus unique options for eating and networking.

Both accreditations provide access to the Networking Tool, the network for professionals at Sónar containing company profiles, projects in development and participating companies; and give accreditation holders access to other services including free cloakroom and wi-fi services, as well as the Sónar bag.

Sónar+D is an initiative of Advanced Music with the collaboration of Barcelona City Council, the Generalitat’s Department of Culture ICEC (Catalan Institute of Culture Industries) and the sponsoship of Fundaciò Sorigué, Mazda and Illy.