The most important new features this year are the Retiro VIP Seat Pass and the theme packs by category.

This year will be marked by diversity, and will also be welcoming the supernatural horror of ‘We Are Still Here’ and the latest Asian cinema

The 48th Sitges – International Fantastic Film Festival of Catalonia continues to add new titles to its lineup. Yesterday, Festival Director Àngel Sala announced some of the new additions to Sitges 2015 in a conversation held with the audience at the Fàbrica Moritz Brewery in Barcelona. The eagerly awaited Green Room, by Jeremy Saulnier, and Love, by Gaspar Noé, will be at Sitges 2015.

Blue Ruin’s director, Jeremy Saulnier, made an impact in Cannes with Green Room, a bloody battle between a punk band and one of skinheads. An ultraviolence American independent film starring Captain Jean-Luc Picard, Patrick Stewart. 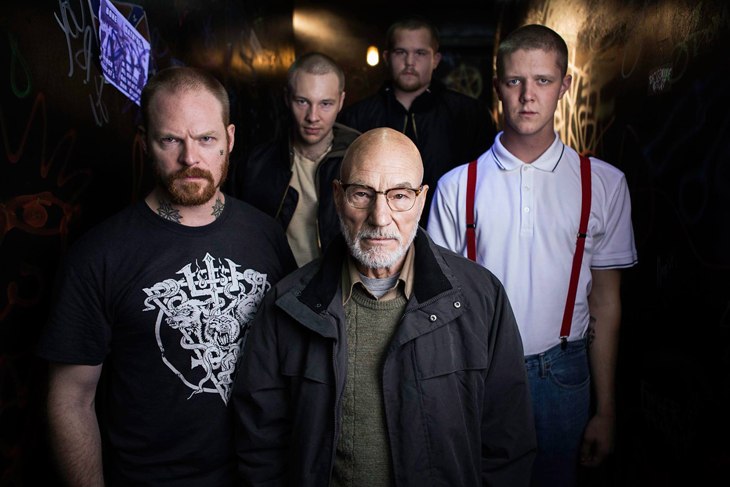 Following his transgressive Irreversible and Enter the Void, Gaspar Noé, an Argentinean director residing in France, closes the trilogy with Love, a 3D experiment in pornographic romanticism that also sparked controversy in Cannes. The film maintains the claustrophobic environments from his previous films, but venturing into the area of melodrama with the story of a love triangle full of flashbacks, drugs, music and fluids.

The Festival lineup couldn’t go without a subgenre with tons of always-faithful followers: haunted house horror. At Sitges 2015 they’ll have a blast with We Are Still Here, Ted Geoghegan’s debut feature film, starring the legendary Barbara Crampton (Body Double, Re-Animator, The Lords of Salem, among others).

At a 48th edition that will be paying special attention to Japan, three productions have been added to the other previously announced new proposals from Takashi Miike (Yakuza Apocalypse: The Great War of the Underworld), Sion Sono (Love & Peace) or the two parts of Attack on Titan. We’re referring to the animated version of the last two; Parasyte, the adaptation of the manga by the same name by Hitoshi Iwaaki, directed by Takashi Yamazaki, that will also be seen in two parts, and The Ninja War of Torakage, the return of director Yoshihiro Nishimura, that veers away from the gore of previous films like Tokyo Gore Police orVampire Girl vs Frankenstein Girl.

Still not moving from Asia, the Festival also announced Tsui Hark’s The Taking of Tiger Mountain, a war-themed coproduction between China and Hong Kong, and SPL 2: A Time for Consequences, directed by Pou-Soi Cheang out of Hong Kong.

Sitges 2015 –focusing on the tribute to David Fincher’s Seven on the 20th anniversary of its premiere– has already announced one of its award winners: director Nicolas Winding Refn, who will receive the Time Machine Award. Included among the most eagerly awaited films that will be filling out the lineup are Victoria, by Sebastian Schipper; the latest made in Blumhouse production, The Gift; Elijah Wood’s zombie kids in Cooties, or the most dramatic Schwarzenegger in Maggie. As for Catalan productions, the Festival will be presenting Segon Origen, by Carles Porta; The Corpse of Anna Fritz, by Hèctor Hernández Vicens; Vulcania, by José Skaf;Summer Camp, by Alberto Marini and Sacramento, by Carlos Cañeque.

Vicente Ballestar’s ‚pulp‘ universe will be on display at Sitges 2015.

The fantastic world of the Ghosthunter John Sinclair and an entire cosmos inhabited by cowboys, pirates and epic battles will be present at the 48th Sitges – International Fantastic Film Festival of Catalonia thanks to an exhibition featuring the work of illustrator Vicente B. Ballestar (1929-2014).

The Barcelonian artist, one of the creators of the dark pulp and realistic supernatural genres, possessed a style characterized by dynamic movement, chiaroscuros, facial expressions and ambiences in dangerous, mysterious settings. They are dramatic and theatrical illustrations of heroes that transport viewers directly to the world of the imaginary.

Vicente Ballestar rose to fame with his covers for Ghosthunter John Sinclair, the western G. F. Unger and the world of Professor Zamorra, pulp fiction magazines from the decades of the 70’s, 80’s and 90’s. “I’ll always try to give pulp fiction novels an artistic sense”, he explained. The artist’s images combine the everyday reality of the times with a supernatural world of human beings, monsters and machines.

Sitges 2015 will be exhibiting approximately 45 works by Ballestar at the Maricel Palace, which can be seen there from October 9th to the 18th, during the days the Festival will be held. The Maricel Palace was added to the Festival’s venue map two years ago, housing some of the different exhibitions that are a part of the Festival’s supplementary activities. In 2013, it exhibited the posters from the first 45 years of the Festival and last year, it presented two exhibitions: one featuring silk-screens by different artists based on Tetsuo and another with fantastic illustrations by Carles Ganya.