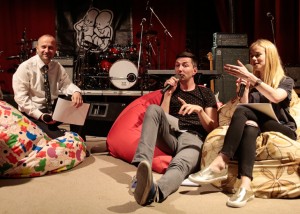 At Bažant Pohoda Deň_FM, we announced other 28 performers. The most significant change regards electronic music. For serious reasons, Kaytranada cancelled his summer performances. However, we were able to find an equally enjoyable compensation, as the most successful Scottish producer of the last decade, Hudson Mohawke, will perform in Space Arena SLSP. He has cooperated with the stars such as Kanye West, Chris Brown, and Azealia Bank. With the Canadian producer Lunice, they form the duo TNGHT. When Hudson Mohawke was only 15, he became the finalist of the British DMC Mixing Championships. Now he is 29 and has released two albums: Butter and Lantnern. Guardian called him one of the biggest producers and the guy that changes the shape of pop music.

Among other interesting confirmed names, we confirmed the band Le Payaco, a concert of Sendreiovci with orchestra, the ensemble Čercheňora, the electroswing duo Malalata, the project Komara, Transmusic Comp., and the Swingless Jazz Ensemble. We also announced the performers at Radio(active zone) _FM and the artists who will reign on our new club Visegrad stage.

Thursdayʼs warm up will begin on Red Bull Tour Bus and the performances will alternate with the “birthday party” on the main stage. Here, Para will start the celebration of their twenty years on the stage, and after them, the “thirty-year-olds” of Bez ladu a skladu will perform. The highlight of the evening will be the two-hour concert of Manu Chao La Ventura.

On Friday, Eagles of Death Metal, FFS (Franz Ferdinand & Sparks), and Die Antwoord will give concerts on the Bažant Stage. The second largest stage will offer Tiken Jah Fakoly and the industrial legend of Einstürzende Neubauten. You will be able to enjoy a great entertainment and perhaps the best dance floor in Central Europe in the SLSP Space Arena on the same day. The artists to perform here are Beardyman, Mohawkke Hudson, A-Trak, and RL Grime.

Saturday will offer a little trip around the world on the main stage—the musicians to give concerts here are the Israeli band Lola Marsh, the Syrian artist Omar Souleyman, and Malian Les Ambassadeurs (in this set, you will be able to see the stars of world music such as Amadou & Mariam, and Salif Keita). At about eight oʼclock in the evening, perhaps the most awaited event of not only this year will begin—Björkʼs concert. Besides the excellent music and a larger string section, her concert will also offer day-time fireworks. The Orange stage will be dominated by softer music and strong melodies by of Montreal, Korben Dallas Symphony, and CocoRosie.

There is news in visual art, too. Yesterday we announced the results of the Public Art Festival Contest. The winning designs (see below) will beautify the area of the festival. There will also be a creative zone, an exhibition of photographs, sculptures, and other expositions. Thanks to the cooperation with White Night, the visitors of Bažant Pohoda will be able to view some of the works of the festival of visual arts, too. 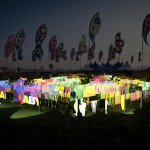 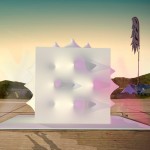 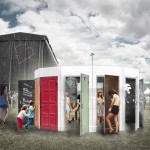 Red Bull Tour Bus to travel during Bažant Pohoda Warm Up Tour
7 July in KOŠICE, 8 July in ŽILINA, and 9 July in TRENČÍN
www.redbull.sk/tourbus

There are good news for those impatient about Pohoda – the warm up of the festival will start as early as on Tuesday, thanks to the tour of the Red Bull Tour Bus. The legendary Karosa of year 1977 will come with its mobile stage to Košice, Žilina, and Trenčín during the “festival week”. One of the most popular local festival bands, Para, and a math-rock hurricane from Japan, Tricot, will perform here.

The mobile music stage seats on a completely refurbished bus. Its interior provides room for a special backstage for musicians, and contains a changing room and a small, cozy chill out zone. The most important things, however, happen on its roof.

The explosion of music at Bažant Pohoda Warm Up Tour will be fused by the Japanese girl trio Tricot. This math-rock tornado already managed to take people at last year’s Bažant Pohoda. The girls and their drummer released their debut album called T H E and gave concerts at events such as Rock in Japan, Fuji Rock Festival, and Rising Sun Rock Festival. In April, the magazine Rolling Stone ranked them among the 10 bands you should know about, and we just add that you should hear and see them, too.

The Slovak representative will be equally important on Red Bull tour bus, as the stage on the top of 1977 Karosa bus will host the performances of the great concert band Para. The result of their live and spontaneous play is that songs like „Ticho“, „Otec“, „Prví poslední“, „Prezident“, and „Keď ťa stretnem“ have become demotic. This year, the band celebrates 20 years of its establishment. Their birthday party will be brought to the east, middle, and west of Slovakia.