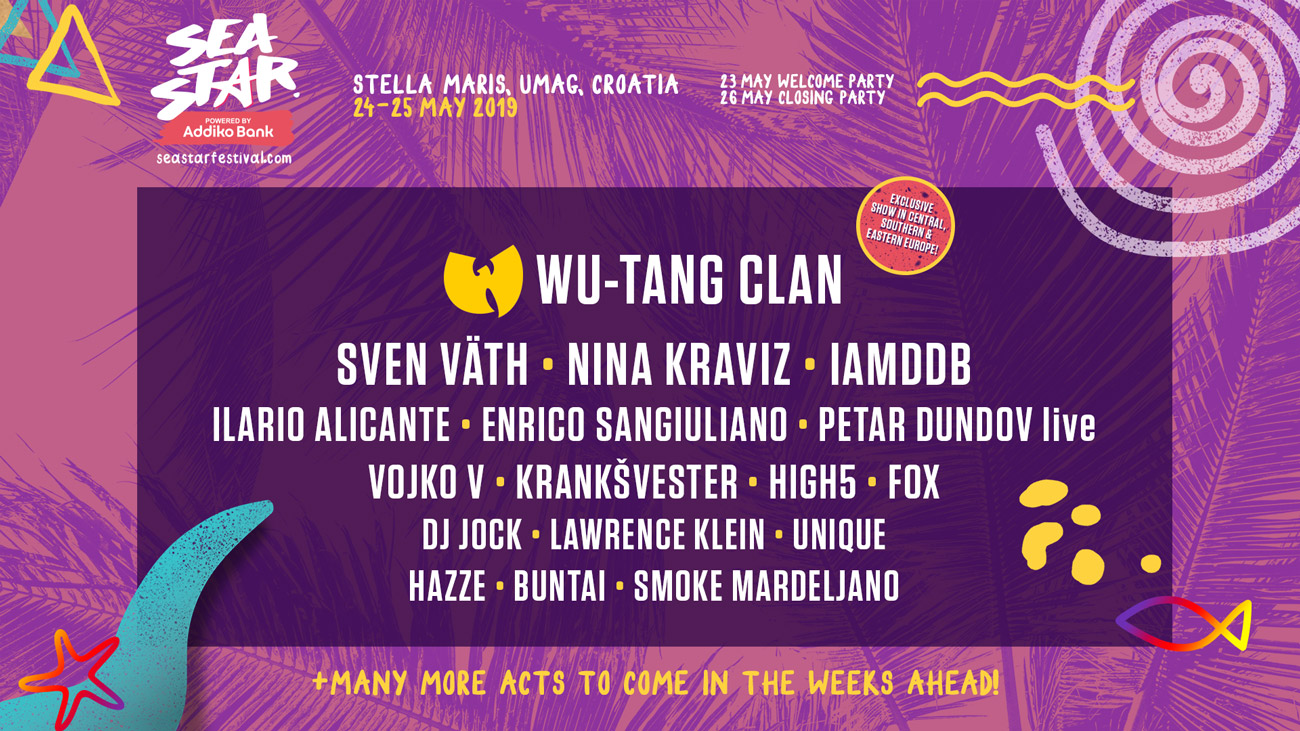 The ultimate headliners have been announced and leading the bill is none other than the greatest rap group of all time Wu-Tang Clan! This will be their only appearance for most of the Central, Southern and Eastern Europe with Berlin, Paris and Moscow being the closest cities to catch them live on their super-exclusive 12-show run in Europe this year! They will be joined by trap-jazz sensation IAMDDB and some of the best regional hip-hop acts like Vojko V, Fox, High5, Buntai, Smoke Mardeljano, Hazze and many more! Sea Star will also feature some of the biggest techno stars such as Sven Väth, Nina Kraviz, Ilario Alicante and Enrico Sangiuliano, backed by some of the most reputable regional DJs.

Umag, a town at the north of the mind-blowing Croatian seaside isn’t just a breathtaking combo of baroque and renaissance and Mediterranean climate.  With a number of attractions and a lagoon that has an almost-unreal color and with cocktails served day and night, this Croatian town is the perfect site for those endless marine nights on the beach and energetic parties combined with new friends, fun in the sea and new blossoming love. Umag’s connection to nearby European and regional cities and countries is another perk of this charming seaside town, making it even more attractive.