OFF FESTIVAL 2018: WE SEE THE FUTURE AND WE’RE HEARING VOICES

OFF FESTIVAL 2018: WE SEE THE FUTURE AND WE’RE HEARING VOICES

A choir of Bulgarian vocal legends, the charismatic Zola Jesus, and Skalpel in concert with a big band: these are just some of the artists we’re pleased to add to the lineup of our musical celebration. 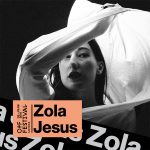 Zola Jesus
“This album is a deeply personal snapshot of loss, reconciliation, and sympathy for the chains that keep us all grounded to the unforgiving laws of feral nature,” Zola Jesus revealed last year, announcing the release of Okovi, the fifth record in the artist’s career. A reference to a word that means “shackles” in many Slavic languages, the title is a nod to the American singer-songwriter’s heritage. She recorded the tracks in a tiny shack in the forest, struggling with depression and her personal demons, and emerged with an album that is just as intimate as it is universal. Dark and hypnotic, Okovi enchants you from the first listen. Gothic pop, dark wave, art pop: whatever label you want to pin on it, Zola Jesus’ music is hard to describe in words. 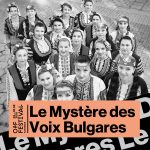 Le Mystère des Voix Bulgares (The Mystery of Bulgarian Voices)
Formerly known as Le Mystère des Voix Bulgares, this Bulgarian choir is as mysterious as it is wonderful. The story of the all-woman ensemble dates back to the 1950s, when the country’s state television broadcaster recorded a performance of traditional Bulgarian songs. Their first steps onto the international music scene were prompted by Marcel Cellier, a Swiss music producer who was enchanted by the musical culture of Eastern Europe. It was he who compiled the choir’s songs into a series of records titled Le Mystère des Voix Bulgares, lending the group their name and launching them into international fame — and winning himself a Grammy Award. The Mystery of Bulgarian Voices has toured the globe ever since, showcasing their astonishing vocal range and wowing anyone who will listen. And we want to listen.

Skalpel Big Band
To any fan of good music, this duo needs no introduction. Skalpel’s Ninja Tune-released records help usher in the renaissance of Polish jazz, recontextualizing it in the electronic club music landscape. OFF Festival regulars will also recall Skalpel’s 2013 performance in Katowice, marking the band’s successful comeback and shift towards a sound that relied more heavily on virtual instruments. The Wrocław duo returns in a completely new incarnation, now accompanied by a full jazz orchestra. Skalpel Big Band is created and conducted by Patryk Piłasiewicz, a Poznań-based composer and bass player who put together an ensemble of excellent musicians hailing from his hometown. Interestingly enough, Patryk first heard Skalpel at a jeweler’s workshop in Venice. He became an instant fan and tracked down their albums on his to Poland. Now he’s sharing the stage with Igor and Marcin themselves. Muses work in mysterious ways. 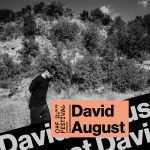 David August
The Hamburg-based producer David August is among the most original and versatile figures on Germany’s new electronic music scene. Better known by his stage name, David Nattkemper won popular acclaim with his deep-house singles, exhilarating live acts, and his debut album Times, which prompted comparisons to James Blake and Nicolas Jaar from one reviewer at Resident Advisor. After a brief hiatus, David August has resurfaced as the head of the label 99CHANTS, releasing a new record titled DCXXXIX A.C., which draws listeners in with its deep, multi-layered ambient sounds.

Chastity Belt
Apparently I Used to Spend So Much Time Alone, the title of their last album to date, wasn’t intended to be ironic: Julia Shapiro, who sings and plays guitar for the American band Chastity Belt, was once so shy that she usually just preferred to keep to herself. Luckily for her, she got over it and met three like-minded girls. Together, they started a band and signed with Hardly Art, a subsidiary of the legendary label Sub Pop. This detachment and inward focus — but without the inflated rock’n’roll ego — still rings clearly in Chastity Belt’s music, as does the influence of the older riot grrrl generation, from Sleater-Kinney to Bikini Kill. Their songs pack a feminist message with effortless humor, mixing catchy choruses with a garage band sound. You can see why Courtney Barnett would be a fan.

Sonbird
With only a single EP to their name, these four guys from the town of Żywiec have quickly made a name for themselves as an excellent live act. Their full-length follow-up to Wspomnienia z poprzedniego życia (Reminiscence of a previous life) is slated for release later this year and is sure to propel the band far. The formula is simple: tight indie rock songs performed with rare dedication. Sure to be appreciated by fans of James and Travis, but also Myslovitz.

Tickets
Three-day passes are now available at the OFF Shop for 290 PLN. This price lasts until April 15 or until the second batch of tickets is sold out! Campground tickets are also available for 70 PLN.