All eyes will be on Morocco this September as Oasis Festival returns to Marrakech for its third edition, bringing a world-class music line-up to music resort The Source. The third wave of acts are revealed today, including Agents Of Time (live), Black Rose, Call Super, DJ Stingray, Dr. Rubinstein, Pantha du Prince, Shed, Willow and more. With acts including Richie Hawtin, Maceo Plex, Nicolas Jaar, Marcel Dettmann, Anja Schneider, Moodymann, KiNK and Charlotte de Witte also on the bill, this is set to be the biggest edition to date. Check out the teaser video for more confirmations:

There’s not many festivals in the world where you can ride a camel in the desert by day and dance beneath the stars by night, soundtracked by the biggest stars of the electronic music scene. Founded in 2015, Oasis has put North Africa firmly on the map as the must-visit festival destination of the moment. Nestled on the outskirts of the bustling city of Marrakech, the festival continues to showcase the finest international talent, as well as shining the spotlight on the flourishing Moroccan electronic music scene.

DJ Stingray has been an innovative force in the world of Detroit techno for over twenty years. Through his unconventional techno offerings, the balaclava-clad DJ has captured the attention of alternative audiences worldwide. As a blanket of darkness envelops the Atlas Mountains that backdrop the festival, his distinctive high tempo, high impact sound will set the tone, making for an intense and electric atmosphere at Oasis 2017. 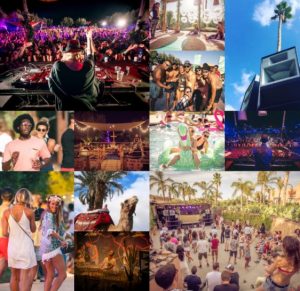 Underground techno specialist Call Super also makes the journey to North Africa for Oasis festival this September. The British Producer recently dropped his Fabric 92 mix to a stellar reaction from fans and media alike, with Resident Advisor slating him as ‘one of the most striking artists in electronic music right now’ and Pitchfork praising his ‘spellbinding selections’.

Manchester DJ and producer Willow also stars. Since 2015 breakthrough track ‘Feel Me’, the wax-loving selector has been marked out as one of the most unique talents on the house scene, not least by supporter and house heavyweight Move D who also makes an appearance at this year’s Oasis, joined in a B2B set by Electric Minds’ Dolan Bergin. Other notable B2B sessions announced today include Chloé b2b Ivan Smagghe and Alex Niggemann b2b Amine K.

Shed will make his Oasis debut this September. The Hard Wax and Ostgut man is one of techno’s most respected producers, with latest LP ‘The Final Experiment’, released through Modeselektor’s Monkeytown label, receiving wide-acclaim. Fellow Berlin techno selector Dr. Rubinstein also joins the bill, along with rising star of the London scene, HAAi. 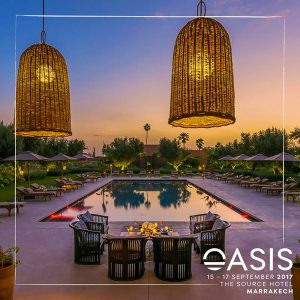 With sun-kissed days and starlit nights soundtracked by an impressive league of house and techno talent in the luxurious surroundings of The Source, Oasis is made complete with stage-side swimming pools, daily yoga sessions, lush gardens, adventures in Marrakech, and stunning views of the nearby Atlas Mountains. Oasis brings the finest slice of festival paradise to the ancient world of Marrakech, creating a truly unique cultural experience.

Oasis Festival Marrakech. Where the desert meets the dancefloor. Packages (inclusive of hotel and festival wristband) start from €209 EUR + BF. Book your place at theoasisfest.com. 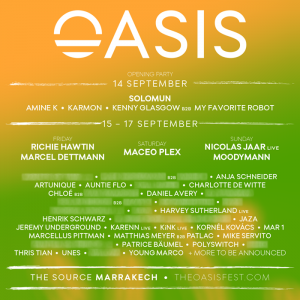 FREER THAN EVER: SZIGET FESTIVAL IST ZURÜCK IN 2022

DAS PIN KA FESTIVAL 2021 AM PICTURE ON WOCHENENDE IN BILDEIN