Another batch of big names has been added to the lineup of Pohoda Festival which is celebrating its 20th anniversary this year. Young and popular London-based band The Vaccines will bring rock ‘n’ roll and post-punk and one of the most sought after DJs on the planet, Nina Kraviz, will supply festival-goers with techno. 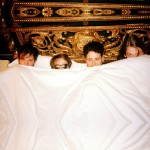 When The Vaccines uploaded their track “If You Wanna” to YouTube back in 2010, the respected DJ at BBC 1, Zane Lowe, named it the “Hottest Record in the World.” A year after that, they released their debut album What Did You Expect from the Vaccines? which became the best selling debut of 2011. Their follow-up album Come of Age reached no. 1 in the album chart and was certified gold in the UK. A year ago, they released their third studio album, English Graffiti, and in three months, they will be playing at Pohoda. Clash Magazine briefly summarized why it’s worth seeing them right after band’s first gig: “it’s fairly unimportant what or who they sound like, it’s just fantastic, exhilarating and exciting.”

The Vaccines were the first band to perform on Later with Jools Holland prior to releasing a single. In 2011, the band was placed third in the BBC’s Sound of 2011 poll and appeared on the cover of NME for the first time. During this period, the band was nominated for an MTV Award – ‘Best New Band of 2011’ – and a Critics’ Choice Brit Award. In 2012, the NME nomination turned into an award in the category of Best New Band. The period following the release of their second album was no less successful: they received a nomination in the Brit Awards for Best Live Act (along with the likes of The Rolling Stones, Muse, Coldplay and Mumford & Sons). What followed were two NME Awards nominations: Best British Band and Best Album. Each one of their eight most popular tracks on Spotify has more than 5 million listens.

Their music is not just a collection of prestigious nominations, chart ranks and millions of views on the web. As The Guardian puts it in the review of their third album, the tracks “offer the sort of high-octane, Ramones-meet-the-Everly Brothers dystopia with monster riffs.” The band say that they mix rock ‘n’ roll of the fifties, American punk and hardcore of the eighties. According to reporters, their shows have a good deal of rock ‘n’ roll to offer. With a bit of generalization, you can say that while The Vaccines receive positive feedback on their albums, journalists save superlatives for reviews of their shows. You’ll figure out why this is so at Pohoda’s 20th edition. 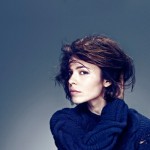 She’s played her sets at festivals such as Sonar, Coachella, The Amsterdam Dance Event, Decibel or Awakenings; in clubs Berghain, Fabric and The Warehouse Project as well as at parties in Ibiza. She has managed to break out of the stereotype according to which house and techno are music genres for male artists. According to Clash, she “is now one of the most sought after DJs on the planet.” The talented Russian Nina Kraviz is coming to Pohoda 2016.

Nina Kraviz grew up in Irkutsk, Siberia, located near Lake Baikal. In the past, she worked as a dentist, hosted a radio show and wrote for a fanzine. In 2005, she was accepted into the Red Bull Music Academy in Seattle, however, due to issues with obtaining a visa, she attended the following year in Melbourne instead. By 2008, she was playing regularly at a club in Moscow. In 2012, she released an eponymous album Nina Kraviz and two years after that she founded her own record label Trip.

Nina Kraviz’s passion for music, especially for Chicago house and Detroit techno, dates back to her days as a journalist. “Her hunger to dig deep into the archives of House & Techno balances all of her sets perfectly between now and then.” In January, she played her set for BBC Radio 1 as she joined the Residency team. A few days back, she was closing the program on the main stage of DGTL Festival in Amsterdam. At the beginning of July, she’ll be performing in front of the audience at Pohoda 2016.

“Nederlands Dans Theater is the best dance company currently dancing on this planet”, said about the Dutch company Nederlands Dans Theater Mário Radačovský, the former head of the Ballet Company of the Slovak National Theatre, who has cooperated with NDT in the past. The company has been shaped by world famous choreographers Benjamin Harkarvy, Jiri Kylian, Sol León, and Paul Lightfoot. After five years, chosen young dancers of Nederlands Dans Theater are returning to Pohoda as a headliner of non-music programme.

Nederlands Dans Theatre II was created in the late seventies as an NDT platform for the most talented young dancers from around the world aged 17-23.  This company opens the way for pioneers of dance and door for bold artistic initiatives. As the New York Times wrote about the NDT II choreography: “The relationship between music and dance is a dreamy, it is rather additional than substantive. Dancers on stage live their own lives and intentions”. Several Czech and Slovak choreographers and dancers appeared in Nederlands Dans Theater: Jiri Kylian, the long-time head of the company, Mário Radačovský, the former head of the Ballet Company of the Slovak National Theatre, Lukáš Timulák, and Natalia Horečná , the author of Slovak dance choreography. Timulák wrote about the dance company: “NDT is an attraction for anyone who is looking for creativity in dance”.

Pohoda visitors will see two performances of NDT II (at noon and late in the evening): Cacti, and a brand new ballet Feelings. Cacti performance by the Swedish choreographer Alexander Ekman brings together sixteen dancers on the stage with four musicians of a string quartet playing music by Joseph Haydn, Ludwig van Beethoven, and Franz Schubert. Cacti was nominated for the prestigious dance award Zwaan for the most impressive production. The new NDT II performance Feelings from the Israeli team of authors Sharon Eyal and Gai Behar premiered on the 18th February. It is founded on carnality that is rising to the ritual, hypnotic, and very impressive shapes. The first reviews particularly highlight the excellent soloist Alice Godfrey, who performs fragile, sudden movements in a fight with the “army of nine dancers”.

The LA Times wrote: “These dancers they can slip from one motion extreme to another with a complete ease”. The NDT dancers work on the stage with the floor, breath, and all sorts of sounds. Sometimes they even use the help of viewers (as we could see it at Pohoda 2011). Still, the main essence of their art is that they perform challenging choreography, themes, and ideas with a great joy of dance, which infects every audience.

We’re excited to launch our new website designed by Milk Studio. Martin Jenča, CEO at Milk says, “The new Pohoda Festival website is an independent communication channel that is in operation throughout the year, so this is what we bore in mind when we worked on its redesign. We created a simple platform that will enable us to present each festival edition regardless of its current visuals: this way, users don’t have to get used to a completely new website every year.”

Our new website is not only more playful and user friendly design-wise and function-wise, but it also has several new features. The most distinctive change is visible on the new homepage which doesn’t feature news alone, but is comprised of a mosaic of interesting content from our website. Webparty has gone through several changes as well: search with the use of hashtags has been added and users can sign in through their Google or Facebook accounts. Thanks to hashtag function, Webparty is linked up with “Together to Pohoda”.

Almost half a million people from 183 countries visit our website a year. More than a third of them are from abroad (mainly visitors from the Czech Republic, the United Kingdom, Austria, Germany, Poland and the US). Therefore, website info is available both in Slovak and English. We’re launching the new website with all its main features and according to Martin Jenča, additional features will be ready soon. “The website will be launched gradually, one feature at a time. Right now, we’re launching the basic website that features e-shop, webparty, artists and news. We will be gradually adding sections such as program, photo gallery, info, pro area, press or festival radio to it.”

Matwe from Pohoda team has coordinated preparation of new website with Milk and describes the result as follows: “We don’t see the new website as a one-time online carrier of current edition’s visual identity, but as a fully-fledged interactive and continually evolving portal for a multi-genre event of the 21st century. For a festival with international reputation like Pohoda, a high-quality online presentation is a must. Apart from that, one of the main goals of the new website is to help the Festival from the organizational point of view as well. A four-month cooperation has also led to creating an adjustable admin section, which will contribute to efficiency, saving us hours of work. We have also decided to merge the formerly separated portals PohodaWorkers and PohodaVolunteers used for coordinating our temp workers and, in the near future, we’re planning on adding NGO section through which we manage non-profit organizations. ProArea is a completely new feature whose aim is to make communication and orientation for organizers, suppliers, performers and press at the Festival easier. The job Milk have done is simply incredible :)”

Last week, we launched Tent Inn ticket presale. In the next few days, we are about to introduce another comfy accommodation alternative at Pohoda Festival. And last but not least – today it is 100 days to Pohoda 2016.