NEW ACTS ADDED TO THE VOLT FESTIVAL LINE UP 2017

NEW ACTS ADDED TO THE VOLT FESTIVAL LINE UP 2017

Telekom VOLT Festival added eight new names to the already outstanding line-up! The festival takes place between 27 June – 1 July with an excellent family atmosphere and a great line-up, right at the Austrian border. Telekom VOLT festival is an event with great traditions, celebrating its 25th edition in 2017. The event is proud to present international stars in several genres, ranging from pop/rock to alternative, metal, folk/world, jazz or electronica. Discounted tickets are available until 9th April. 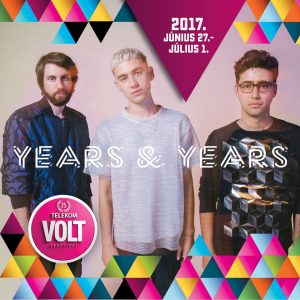 VOLT is known for a very colorful line-up, where many different genres are present, starting from Linkin Park all the way to Martin Garrix. This is why it is so lovable, colorful and open to types of music lovers. We’re happy to announce the new members of the line-up: Pendulum (live), Years & Years, The Cult, Enter Shikari, Of Mice and Men, The Devil Wears Prada, Knife Party, Hernan Cattaneo! Great to see there is a huge interest around Telekom VOLT Festival 2017, and hopefully we’re going to have an amazing 25th edition this year!

After a few years of hiatus the legendary drum’n’bass band: Pendulum returns to Sopron with a live performance! They are known for their overwhelming and great shows, so we hope to get a taste of that as well as of their latest songs. Also performs at the 25th Telekom VOLT Festival the winner of the BBC Sound of 2015, the fantastic electro-pop band called Years & Years. They not only conquered the UK and Europe with their first album, but America too. A true legend returns to Sopron, with smaller and larger interruptions this band has been operating for 34 years now, and last year released a fresh LP too. Welcome The Cult, that inevitably plays a very important role in the history of rock music. For the hardcore fans the crowd favorite Enter Shikari will bring a brutal energy charged concert. The metalcore enthusiasts – for the first time in Hungary – may welcome Of Mice & Men and The Devil Wears Prada, so a crushing experience is guaranteed. Knife Party, founded by two members of the Australian electro house-band, Pendulum will give a huge EDM party and the Argentine house legend Hernan Cattaneo will smash the house as well. 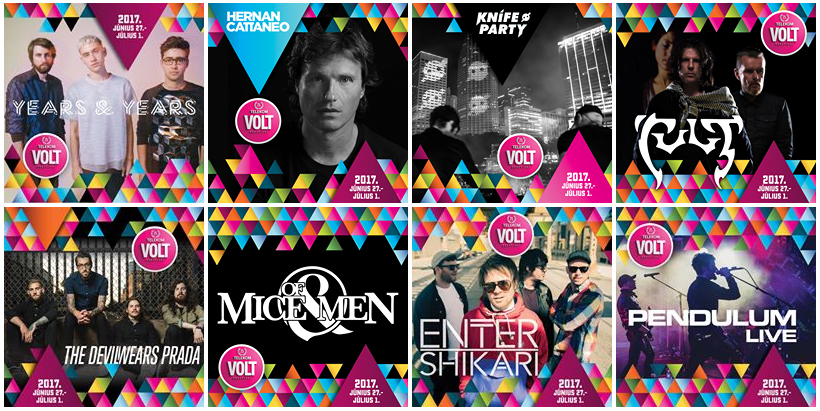 All acts confirmed for Telekom VOLT Festival 2017 so far (in alphabetical order):