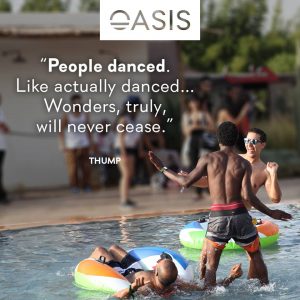 Taking place from 16-18 September in the luxurious surroundings of The Source in Marrakech, Oasis offers an unparalleled festival experience. With stage-side swimming pools, intimate dancefloors, plush gardens and stunning views of the nearby Atlas Mountains, the location alone is a sight to behold. Sun-kissed days and starlit nights are set to be soundtracked by an array of world-class electronic artists including Dixon, Derrick May, Helena Hauff, David August, Job Jobse, Maya Jane Coles, MCDE, B.Traits, Prins Thomas, George Fitzgerald B2B Leon Vynehall, and The Black Madonna. Aside from the extensive music programme there is much to explore, with daily yoga, live street art, Morocco’s most celebrated restaurants providing a mouthwatering menu and much, much more.

New additions revealed today include techno luminary Mathew Jonson, who brings his much-revered live show to Oasis. Through his work as a solo artist and in collaborative projects like Cobblestone Jazz, Jonson draws on elements of jazz and classical music to craft a sound that is instantly recognisable and the Canadian producer’s live shows never fail to impress.

Next up, Panorama Bar residents Steffi and Virginia. Co-runner of the Klakson label and her own sub-label Dolly, Steffi is also a regular fixture on Berghain’s label Ostgut Ton with an impressive back catalogue to her name. Having honed her sound in one of the most talked about clubs in the world, the Dutch producer has also earned a reputation as an impeccable selector. Despite releasing music since the mid-’90s, Virginia only just dropped her debut LP ‘Fierce For The Night’ on Ostgut Ton this year. Co-produced by Dutch artists Martyn, Steffi and Dexter, the album channels funk, boogie, disco, UK garage, drum & bass, and house influences, with Virginia’s own vocals featuring on all tracks. With both Steffi and Dexter joining her for this special live performance it’s sure to be a festival highlight.

The exotic Moroccan location will also play host to an extensive lifestyle offering, with daily yoga and meditation classes, live painting and street art, henna and reflexology. The Secret Souk will also return for 2016, with another specially curated collection of Moroccan treasures selected by fashion designer and stylist team Nicole Francesca Manfron and Jasmien Hamed.

Some of city’s most celebrated restaurants and eateries will bring the exotic tastes and rich aromas of the Medina to this year’s edition. The famous Café des Épices will bring a selection of their most popular dishes, rising star Nomad brings its modern twist on traditional Moroccan cuisine, and guests can also select from an impressive selection of brochettes, salads, crepes fresh juices, traditional mint tea, Moroccan pastries and desserts, as well taking advantage of the Champagne Bar and Hookah Lounge.

Find your Oasis this summer. Day tickets starting from 55€, 3-day passes priced at 180.00€ and
packages starting from 242€ (including hotel and festival wristband), are on sale now at theoasisfest.com. 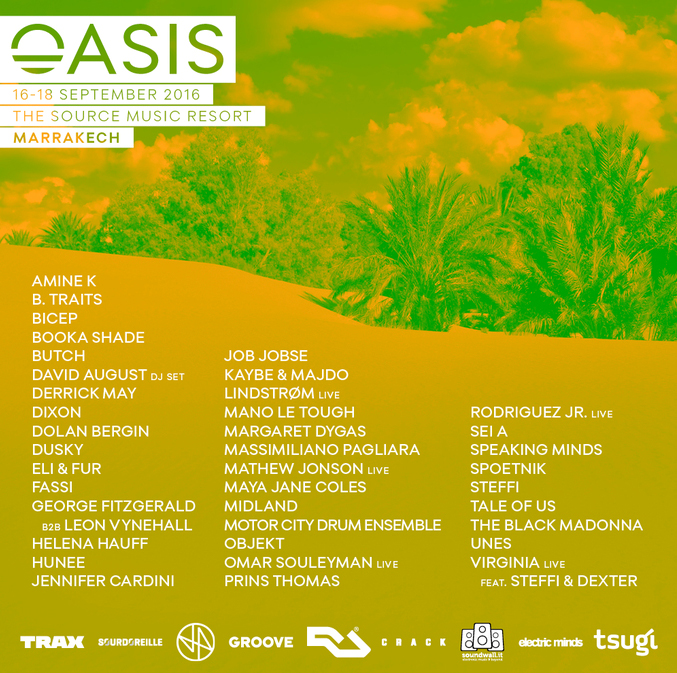