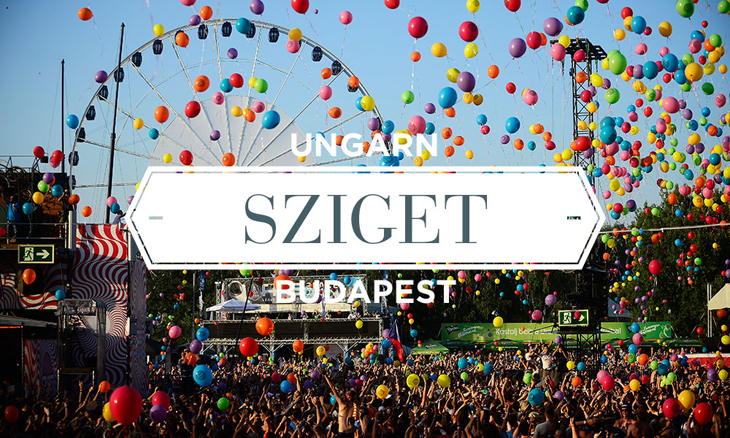 More than twenty new acts are announced for various stages on the Island of Freedom to join the likes of Robbie Williams, Florence and the Machine, Martin Garrix, Alt-J and more then forty other acts. The non-stop week of fun is once again guaranteed, this year between 10-17 August on the budapester Óbudai-sziget (Óbuda Island).

Sziget is one of the few major festivals you could even enjoy without a single second of music on the stages, but presenting a cool mixture of new and already established acts is still an important mission for the organizers. The already announced bands can be found on the festival’s numerous websites and be ready for a lot more music, fun, arts and activities to be revealed in the coming weeks. The programs can also be followed through the official application of the event, including special features as well.

Last, but not least, here are the new acts added to the line-up:

Sziget is proud to announce Foals, who are currently in the studio working on their new record, which will be out later this year as well as Marina and the Diamonds, bringing her well-known style back to the Szitizens of the Island of Freedom. Interpol will arrive with their new album ‚El Pintor‘, while Grammy nominated producer Alesso, with over 3.5million followers online, YouTube views in the millions, is also confirmed to the multicultural gathering.

Australian duo Knife Party will definitely host a huge party on the island as well as Paloma Faith, who is soaring, exploring a bigger, braver new world, and taking us with her. Two decades ago, the Cologne-based artist, Gentleman, first set foot on Jamaican soil and over the years he has been spreading reggae music all over the globe with his shows and is now an international reggae headliner. This time at Sziget.

SBTRKT arrives to Sziget with Wonder Where We Land, that is an experimental, inquisitive, magical record, the result of off-the-cuff inspiration and surprise collaboration. Multi-talented DJ dynamos, electronic dance music’s first sisters – Mim and Liv Nervo of NERVO – are also strengthening the Sziget line-up, as well as Dropkick Murphys.

The Maccabees are also prominent members of the colorful line-up, coming  with their third studio album ‘Given To The Wild’, a sprawling masterpiece of distorted pop, psychedelia and soulful guitar soundscapes. Over the last eight years Baltimore’s most quixotic and emotionally involving trio, Future Islands, have maintained an admirable level of skill and pace, never slowing down for the corners. Pop always works best when there’s a beating, sometimes bleeding, heart at the centre of it. The power of the dichotomy of soaring pop melodies anchored by melancholia is something Foxes, aka 22-year-old singer and songwriter Louisa Rose Allen, knows only too well. 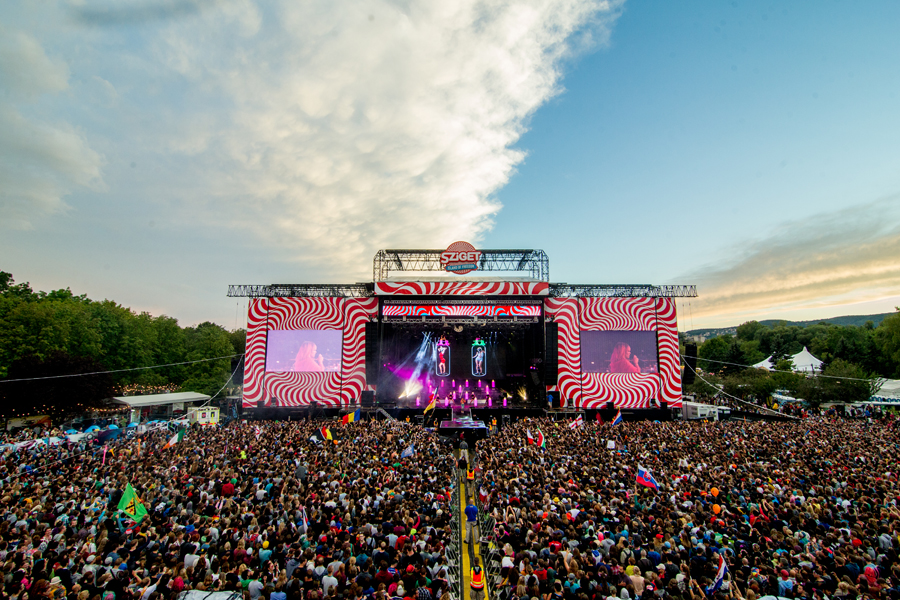 Over nearly the past two decades, Germany’s Beatsteaks have established themselves as one of the country’s most consistent, thoroughly exhilarating acts with  blending juvenile, punk effervescence with crafty and infectious rock songwriting. MØ may not mind how you say her name, but you’d better start practicing your Danish pronunciation. A unique blend of bedroom beats, soul-punk-electro-R&B and pop harmonies – alongside a number of buzz worthy collaborations – that’s what you can expect at Sziget as well. Started as a way of exploring the gap between Hip Hop and EDM turned out to be a successful concept for Yellow Claw. In additon, Selah Sue will also join the Sziget program, who belongs to a new generation for whom music has no boundaries. Selah Sue will tour her new record.

French producer, Vitalic, has made a beast of a record that takes the laser-guided disco for which he’s known to an altogether wilder but no less euphoric place. In his brief but already eventful career, Dotan has recorded, performed and composed all over the world. Although he sometimes describes himself as a bit of a loner, you can expect Dotan to bring a full, six-piece live band to Sziget. Dutch MC and rapper, Typhoon, will also perform at this year’s Sziget Festival, as well as William Fitzsimmons, whose new album ‚Lions‘ is a musical reflection of the personal renovation that’s taken place since 2010’s Gold In The Shadow. Best summed up by Fitzsimmons himself. Halestorm pushes their musical boundaries further than we’ve seen thus far in their catalog, crafting songs that rise from a whisper to a scream and back again, proving that there’s no limit to creativity.

Sziget Festival is proud to announce that Robbie Williams will headline the starting day of the one week long festival holiday in Budapest. The Island of Freedom will host the next stop of the ‘Let Me Entertain You Tour’ of Robbie on 10 August (officially called Sziget Day -1) that is included in the 7 Days Pass.  Day tickets are also available: the first 10.000 tickets are available for 59€ and afterwards they can be purchased for 65€. As in 2014, organizers expect Sziget to be a sold out event, so those who would like to be part of it should purchase their tickets as soon as possible.