Milkshake festival is a dance festival that has been created from the thought ‘nothing should be a must, anything is possible’. Milkshake festival shows that entertainment, taste in music, choice of clothing and status has nothing to do with sexuality. Life is just a party thanks to the great diversity of skin colors, religions, sexual preferences and male and female forms. Milkshake wants to celebrate the city’s initiatives and is an impetus to bring courtesy and friendly manners back into society. Thick, thin, small, large, gay, straight, trans, black or white: people are the salt of the earth and this is what we celebrate!

One weekend, one camping, 18 stages, 90+ DJ's, 1000+ performers… We're getting ready for Milkshake festival 2018 – Amsterdam! Get your tickets www.milkshakefestival.com ❤️

PROUD TO PRESENT OUR STAGE HOSTS…. 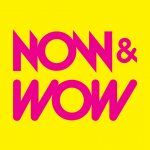 NOW&WOW FEST as a club has its roots in Rotterdam (The Netherlands) and is known for it’s groundbreaking parties & several projects worldwide.

The masterminds behind it are Ted Langenbach & Pietra Ligura who managed to turn Rotterdam in a thriving creative hub and party destination. From 2011 NOW&WOW started the NOW&WOW FEST as an annual indoor festival.

NOW&WOW is like a lifestyle magazine where music, fashion & performance art come together. The colourful parties with it’s international crowd are sparkling, full of inspiration and with a huge dose of irony. It’s always about the TOTAL EXPERIENCE! 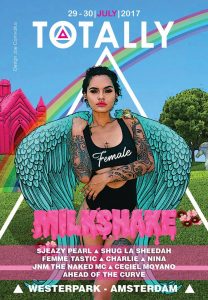 Totally, it doesn’t matter what kind of colour, sexual orientation, class, conviction or style you have or whatever appearance you are. TOTALLY stands for everyone TOTALLY.

TOTALLY aims to remove the labels that society tends to put on people and wants people to be together without making distinction. Being together can be at many places, wether it is at work, at a park or party, TOTALLY’s core is to respect and accept each other.

TOTALLY has been organizing parties, gatherings and social projects, all connected to the LHBT+ scene, since 2000 and has steadily built a great name and reputation. TOTALLY produces own events under the name Liquid Kiddy. 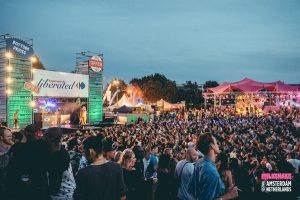 Liberated, an epic brand by DJ Remon Lacroix was founded in the late nineties. In no time it became the biggest monthly gay event in the Netherlands in legendary superclub NOW&WOW FEST in Rotterdam. 6000m2 warehouse filled with the coolest clubkids and performers raving on the best underground techno by Remon Lacroix and other national and international dj’s.

Liberated will proudly host a superstage on Sunday 29 July for the 4th time on Milkshake Festival this year. Check out the follwing artists on this stage: Ben Manson, Benny Rodrigues, Morriz, Remon Lacroix and Liberated Sound System. 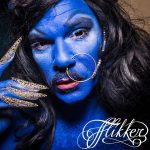 FLIKKER is a name to wear with pride if you ask Snorella WC Moustachella WC. Flikker is for fags, faguettes, lesbiques, freaks, family and all open minded party peeps. This year Flikker will be back at Milkshake festival and will host a stage on Saturday 28th of July.

Pornceptual (Berlin) presents prnography as queer, diverse and inclusive. They aim to prove that prn can be respectful, intimate and artistic while questioning usual prnographic labels. “Can art succeed where prn fails – to turn us on?”
The project is an art platform that wants to de-contextualize prnography in its usual sense and show that an explicit content can be considered art. Different than it might look, at first sight, Prnceptual is not an average party. Their goal is to create a free atmosphere, where people can express themselves while proposing a link with the art world. 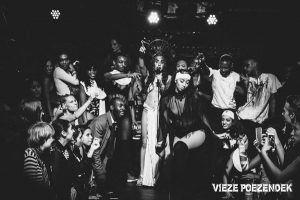 Choose your category, walk your 10’s or kick back and fingersnap as the European ballroom children make Milkshake buuuuuuuurn! 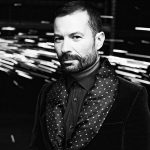 Less Drama More Techno is „THE“ openminded techno queer party made in Paris ! Founded by Walk Zusammen it runs the world since few years from Paris to Berlin via Madrid, Amsterdam, London & Sydney with its unique Hybrid style. Combining music, video, show,… It gathered at each edition all kinds of people, genders, sex,… all united in a great techno mass ! The only rules at Less Drama More Techno : „Be free, Be freak, Be Yourself and respect others“. 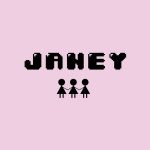 Janey is one of the few parties in the lesbian scene in the Netherlands and connects all sorts of women. Of course they want you to dance, but Janey’s aim is also to create a place with a familiar atmosphere where women feel safe and where equality is the most important.
Being yourself must be able for everybody. Janey offers an intimate place to meet people, to chat, to relax, and to have fun. Whether the focus is just on women, or collaborate and focus on the entire LBGTQI community: you should be able to be the best version of yourself. 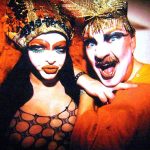 Welcome to Tranformania. It’s a ludicrous and happy land where LGTBQI values rule fierce and virgins are devoured. It’s also where musical newcomers and icons come together with one goal: to turn you all into funky ass-shaking and shit-kicking citizens.

Your hosts and nightlife legends Zubrowka International and DJ Joost van Bellen are ready to kick your ass – along with your mind, body and soul – into totally different dimensions.

PROUD TO PRESENT OUR ARTISTS…

Beau Battant will have their premier at our festival at the Transformer stage on the 29th of July! This band consist of Jelle Haen, Joost van Bellen, Niels Zuiderhoek, Richard Cameron, Simon Gitsels and You Guys Music Fritz Rating. The first song of their upcoming 4 track EP “ This is Beau Battant“ is now out!

The diva of soul and house music, Barbara Tucker, will come to our Supertoys stage on Saturday 28 July together with DJ Q.

This American superstar has several number 1 club hits on her name like ‚Deep inside‘, ‚ Beautiful people‘ and ‚Stay together‘. These two international artist will definitly get you lifted up high.

The diva of soul and house music, Barbara Tucker, will come to our Supertoys stage on Saturday 28 July together with DJ Q. This American superstar has several number 1 club hits on her name like 'Deep inside', ' Beautiful people' and 'Stay together'.These two international artist will definitly get you lifted up high 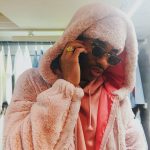 Another artist hijacked our Spotify in the Spotify Vieze Poezendek take over by FS Green.

Dj & producer FS Green is the most fresh allround dj you’ve seen to date. Started in Amsterdam, his career developed from local clubs and festivals into international gigs.

As a producer FS Green played a major part in creating todays leading sound in the worldwide popmarket. Together with The Flexican and Major Lazer he produced the latter’s first big pop single ‚Bumaye‘ (Watch out for this). Bringing worldwide attention to urban dance music with Caribbean and Latin American influances.
Watch out for this one, cause he will perform together with Fit on Sunday 29th of July at the Vieze Poezendek stage at Milkshake…. Rrrrrrrraaaauw!

CHECK OUT THE FULL LINE UP HERE! 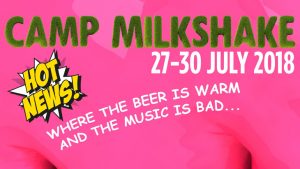 Milkshake festival 2018 – Amsterdam – Camp Milkshake returns for the seventh time again as a weekender including a camping. For Saturday 28 and Sunday 29 July we have as extra a camping called Camp Milkshake. The camping will take place from the 27th to the 30th of July. De camping has the slogan “Where the beer is warm and the music is bad…” Location, accommodation, programme and prices will be announced soon. Click here for the FB event!