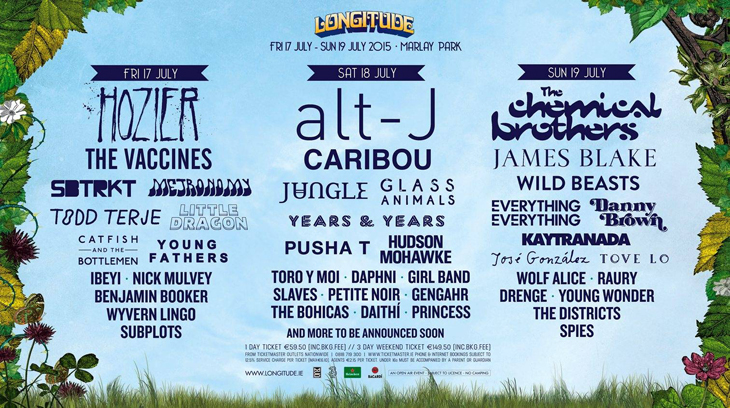 Set to the picturesque backdrop of the Dublin mountains last summer saw the inaugural Longitude announce its arrival on the summer live music calendar with tickets selling out in advance and is looking forward to returning this year with an all new line up for Ireland’s most exciting festival.

The organisers will again cherry-pick the very best bands, solo acts, DJs and producers from England’s Latitude to appear among the lakes and trees of this stunning Irish location.

Away from the music, expect circus big tops, stages in copse clearings, speakeasies and chill out zones along with an exhaustive selection of food and drink to keep you topped up over the weekend.

With Hozier, Alt-J and The Chemical Brothers all set to headline the festival, music lovers a set to be in for one hell of a show. The festival will be held in Marlay Park on Friday 17th July – Sunday 19th. Were also excited about Caribou, Girl Band and Jungle who are also set to play Longitude.