Already his first songs received recognition from renowned BBC DJs. The first three EPs were ranked by Pitchfork among the top 50 albums of 2010 and the song “I only know (What I know now)” was ranked on the 8th place of the top 100 songs of the year. The eponymous album was nominated for the Mercury Prize, and he released his second album, James Blake won the prestigious award. His achievements list also nominations for Grammy and Brit Awards. This year, he is going to release his third album Radio Silence and is coming to the airport in Trenčín as well.

The 27-year-old Londoner James Blake recorded his first songs in his bedroom, and this is also true for his first song “Air & Lack Thereof” released in July 2009. A while after that, BBCʼs Gilles Peterson invited him to his show. His cover of the song “Limit to Your Love”, originally by the singer Feist, was included by Zane Lowe in “Hottest Record in the World” compilation. James Blake earned a huge success already with the eponymous album. Besides the nomination for the Mercury Prize, he was also nominated for the BBC Sound of 2011, where he earned the second place, (Jassie J on the first place, and James Blake followed by The Vaccines, Jamie Woon, and Clare Meguire). Nine out of ten points from the challenging Pitchfork reviewers speaks for all. In 2011, he began to work with Justin Vernon (Bon Iver). They recorded together the song “Fall Creek Boys Choir”. At the end of the same year, he recorded more songs that indicated the future direction closer to R&B, which was confirmed in early 2012 by his collaboration with Kayne West. 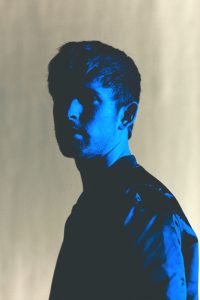 The increasing quality and popularity was confirmed in his second album, Overgrown, where Brian Eno, Wu-Tang Clan, and rapper RZA collaborated. The album contains also his perhaps best known song “Retrogarade”. The Variance Magazine named Overgrown the album of the year and it brought Blake also the prestigious Mercury Prize. In July last year, he disclosed that Kanye West and Justin Veron would be guest artists in his next album Radio Silence, and last Thursday (14th April), he announced that his third studio album is finished. James Blake’s music is referred to as R & B, experimental electronics, and soul. The particular genre is different in various songs, but you can feel the presence of the essential elements of all of these genres throughout his work: imaginative rhythm and bass lines, experiments with sounds and distortions, and persuasive melodies and vocals. At the 20th edition of Pohoda, the lovers of original approach get their share thanks to James Blake. The rest of audience are very likely to become lovers of experiments after his concert, if they come and give him a chance, of course.

Already their debut album made it in TOP20 sales chart in the UK and in the final shortlist of albums for the Mercury Prize. The Guardian says they allow us to see what the beginnings of Public Image Ltd. and Joy Division looked like and reviews mention also comparisons to PJ Harvey and Nick Cave. The post-punk Savages released another highly rated album Adore Life in late January. We believe that thanks to their performance, the visitors of Pohoda 2016 will truly “adore life”.

French actress Camille Berthomier started her singing career under the pseudonym Jehnny Beth and performed together with Nicolas Congém in the duo John & Jehn. In 2011, she and guitarist Gemma Thomson founded the band Savages. Other members of the band are bass player Ayse Hassan and drummer Fay Milton. Some positive (but cautious) reviews of their music came out already before the release of their debut album. The Observer wrote about them that this is the closest to art that post-punk has reached so far. After the release of Silence Yourself, no one spared florid odes. SilverMan wrote: “The girls were just about to record an album at the end of the 70s, but during a trip to Antarctica, they fell into a hole and were frozen until 2012. After melting, they got familiar with music news and recorded a captivating album. With no doubt one of the top three of the year 2013”. The average rating of editors reached the great 82 points (out of a hundred) at Metacritic. 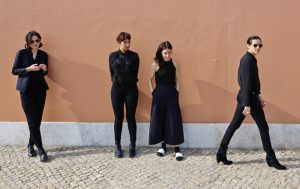 Their power-packed debut album has a no less successful successor. On 22nd January, they finished the album Adore Life. Editors in their reviews of the album again do not lack expressive superlatives, such as Brandon Stosuy of Pitchfork: “Check out the sweaty live clip for the excellent anthem ʻThe Answerʼ, which finds the audience losing their shit and their shirts.” The band is said to be alleged of being too serious at times. According Stosuy, it is due to the intensity with which they look also at love as a powerful element. He adds: “Nobody even expects swans to laugh”. Savages will play the elegant but slightly dirty, urgent, and very direct post-punk at the 20th Pohoda.

The call includes any expression of spatial arts. These may be objects, happenings, space media, installations, and interactive works with intermedia projections that will become part of festival life. After the conclusion, the proposals will be evaluated by a professional jury and selected proposals will receive a financial budget of €1,000 for their implementation at the Pohoda 2016 festival.

These were the last yearʼs winners: a maze of transparent film, “Pohoda Art Labyrinth”, a game of interior-exterior “The Doors”, and a closed space “Layover: Inner landscape”. In addition, we also granted wild card for „Bicykel pre performera” (a Bicycle for a Performer) by Peter Kalmus. The created installations will be part of the upcoming Visual stage concept at Pohoda, where also the best works of the previous year will be installed again. We look forward to your proposals –  Pohoda festival. and o.z. Archimera.