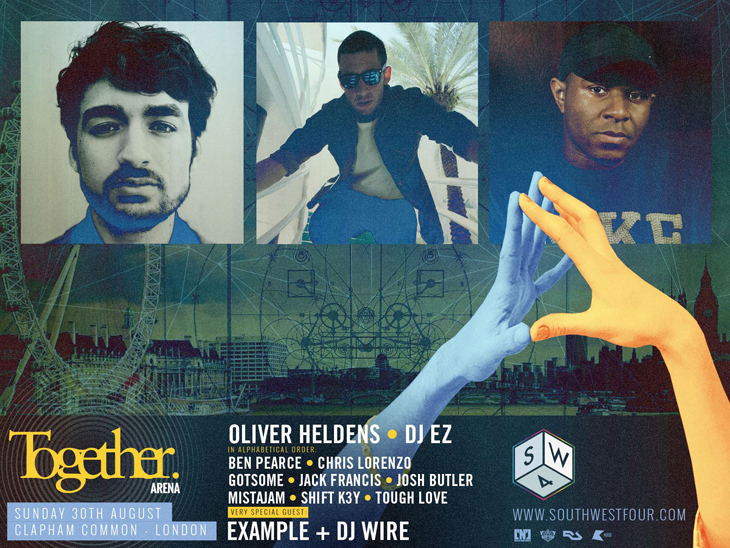 From Elephant & Castle to San Rafael via Clapham Common. In 2015 South West Four extends its reach way beyond South London, as we bring our genre-breaking club night Together back to Amnesia Ibiza for a series of unforgettable parties. Kick-starting the season with an exclusive Ibiza launch party at Ministry of Sound on Saturday 6th June, Together will then return to Ibiza’s #1 club every Tuesday for a mammoth sixteen date residency, before returning to the Capital to host a very special arena at SW4 on Sunday 30th August.

With Fatboy Slim confirmed to present the Smile High Club, Together marks the second of our indoor stage announcements and the first for SW4 Sunday. Recognised as one of the most exciting parties in electronic music covering everything from house to garage, drum and bass to electro and everything in-between, South West Four brings Ibiza’s only weekly festival to the UK’s premier inner-city dance festival. With Example + DJ Wire, DJ EZ, Ben Pearce, MistaJam and Shift K3y already announced for the stage, we can now reveal the final five artists who complete the Together line-up and an arena you will simply never forget… 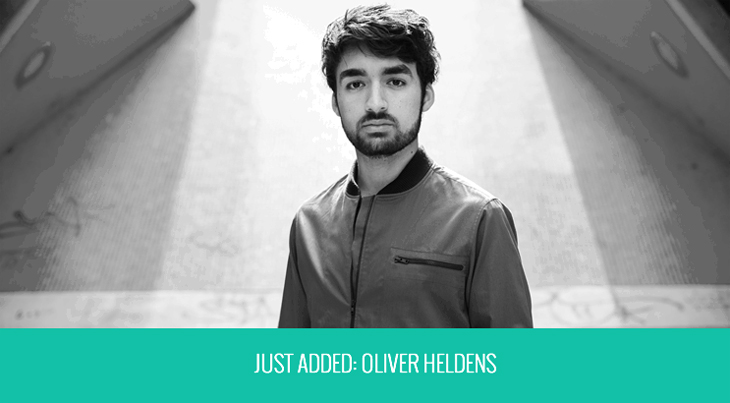 Having signed to Spinnin’ Records aged just seventeen, Oliver Heldens is the name that’s been on the tip of everyone’s tongue over the past eighteen months. Recognised for his unique adaption of house and electro sounds, Oliver has enjoyed unprecedented success following the release of ‘Gecko’ (which reached #1 in the UK singles chart), ‘Koala’ and ‘You Know’, featuring Zed’s Dead. Having just released his next summer anthem ‘Melody’ and with ‘Bunny Dance’ receiving support from BBC Radio 1’s Pete Tong, there is no doubt that Oliver Heldens joins us at the very top of his game when he returns to South West Four this summer. 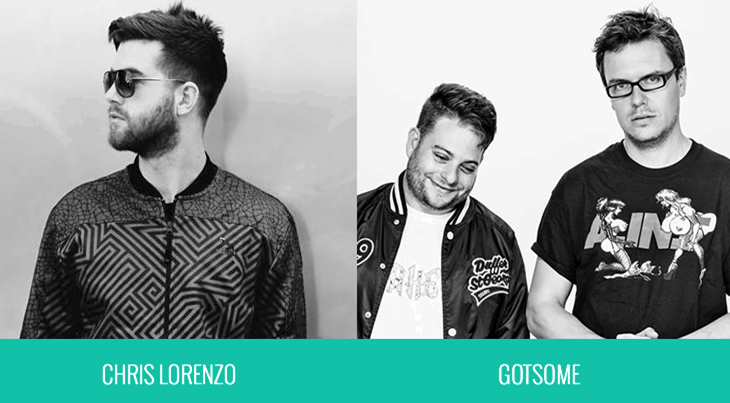 Producer, remixer, DJ and Rinse FM host Chris Lorenzo has spent the past twelve months establishing himself as one of the UK’s finest electronic assets. Also known as one half of Cause & Affect, Lorenzo’s reputation has increased ten-fold thanks to the standout release of ‘Rhymes’ alongside SW4 artist Hannah Wants, in addition to releases on Dirtybird and Food Music. Chris is one of the hottest producers around right now and one we cannot wait to showcase at South West Four on Sunday 30th August for the very first time.

After exploding onto the UK circuit with the heavily supported ‘Bassline’, Bristol-based duo GotSome have produced some of the most exciting tracks to emerge over the past year. Signed to Defected and Chase & Status’ MTA Records respectively, GotSome’s spectrum of sound appears to be endless. The recent release of their quintessential summer record, ‘Just A Feeling’, featuring remixes from Sonny Fodera, Franky Rizardo and Phil Weeks is also evidence of their superb talents. SW4 watch out, GotSome are officially on route. 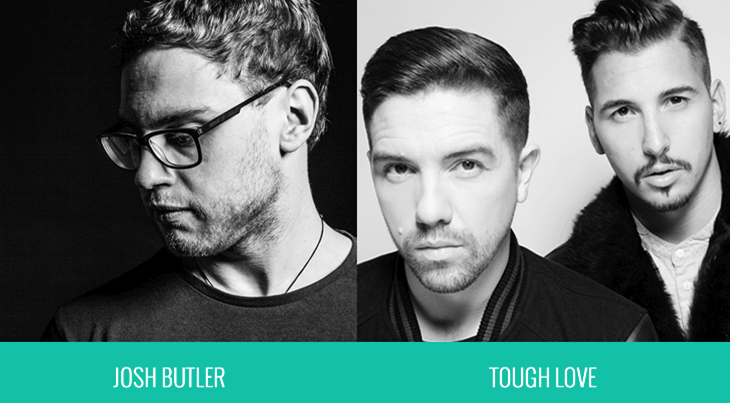 Another act that we’ve kept a firm ear on in recent months is London based duo Tough Love. Having released a plethora of hugely popular productions, most noticeably ‘So Freakin Tight’ and ‘In the Name of Love’ alongside the S-Man aka the legendary Roger Sanchez, Tough Love are two of the most inspiring artists around. After choosing SW4 for their only London festival performance of the year, we welcome these rising stars as they are handed their hugely anticipated debut.

Having burst onto the scene in 2013, UK star Josh Butler first found success with his debut release ‘Got a Feeling’ on MTA Records. Since then, Josh has leapt from strength to strength with countless dates across Europe and an impressive catalogue of bass heavy sounds. His hugely successful ‘Be True’ tour, alongside fellow UK producer Bontan, recently culminated with a headline performance at London’s Ministry of Sound. To say we’re excited to bring Josh Butler to SW4 would be a serious understatement. In fact we can’t wait. 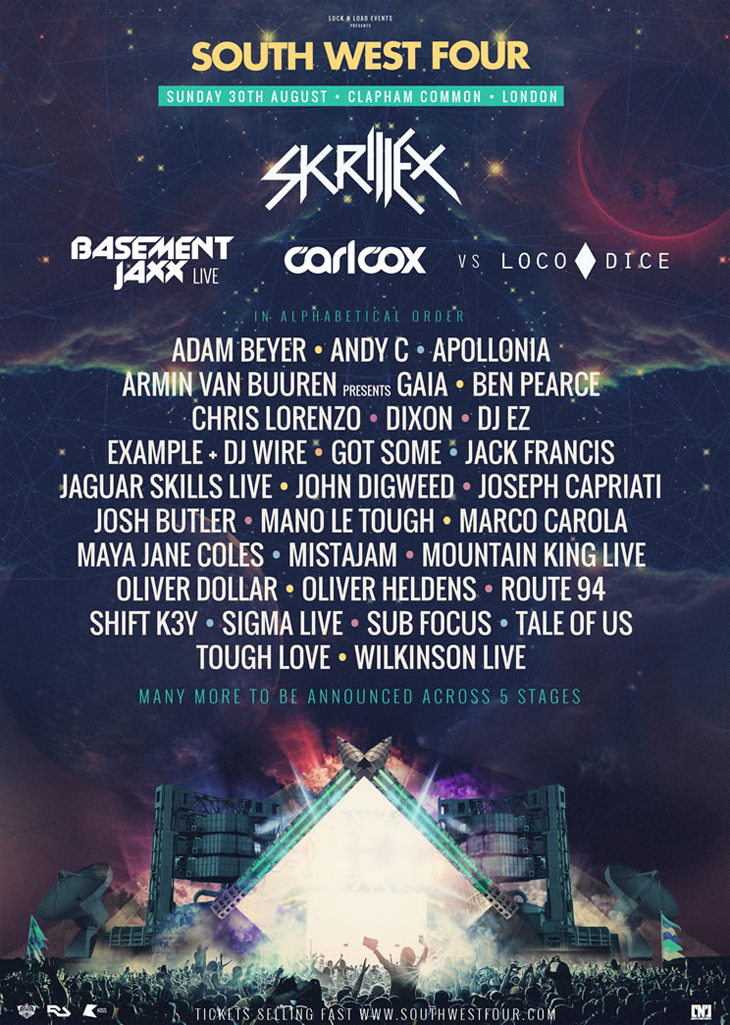