This summer Ibiza enters an exciting new chapter with the much-anticipated launch of Hï Ibiza, the brand new club by Ushuaïa Entertainment. The club formerly known as Space will be elevated to new heights, with a fresh new look and the most advanced sound and technologies on the island. From May through September Hï Ibiza will play host to the finest selectors from the global electronic music scene. Today, Eric Prydz confirms his debut Ibiza residency, taking over Tuesdays at the club for 10 weeks from 20th June to 22nd August.

Eric Prydz will return to the White Isle this summer for his first ever Ibiza residency, taking over the brand new Hï Ibiza every Tuesday, and debuting a bespoke production, specifically built for the residency.

Prydz will head to Ibiza on the back of his biggest ever show to date, the sold out 15,000 capacity May 27 EPIC 5.0 in London. The newly opened Hï Ibiza offers the Prydz team a blank canvas to work their magic, and they will be building a site specific show for the residency, creating a unique stage for Eric to present his inimitable blend of house and techno across his Pryda and Cirez D, aliases. The Prydz residency will bring a singular visual and audio experience to the Ibiza season.

“Hï offered us a unique opportunity to go into a new club, with a blank canvas to build something special, and very unique without existing limitations. For my debut Ibiza residency I wanted a platform to do things on my own terms, inviting the artists I want to host, in a space that we are creating” – Eric Prydz.

This summer at Hi will see Prydz welcome old friends and new with Matthew Dear, Kölsch, Pig & Dan, Agoria, Catz ‘N Dogz, Tube & Berger, Dusky and more all joining him throughout the season.

Eric Prydz is synonymous with immaculately produced electronic music. The Platinum-selling producer is responsible for some of the biggest progressive house and techno tracks for well over a decade, not to mention some of the most technically impressive live shows of any touring artist. EPIC 5.0 is the latest iteration in the Prydz EPIC series, dubbed last year by Resident Advisor as ‘one hell of a concert’.

Despite the headline-grabbing shows and releases, Prydz remains reclusive, and it’s his dedication to his craft as a producer and DJ that leaves him in the highly enviable and singular position of appealing to dance music’s underground connoisseurs and populous masses alike.

This summer Ibiza enters an exciting new chapter with the much-anticipated launch of Hï Ibiza (Space), the brand new superclub by Ushuaïa Entertainment. The club formerly known as Space will be elevated to new heights, with a fresh new look and the most advanced sound and technologies on the island. From May through September Hï Ibiza will play host to the finest selectors from the global electronic music scene, including many of Ibiza’s best-loved DJs. Today, the club reveals new additions for the Hï Ibiza Opening Party.

Get ready for the biggest party of the summer on Sunday 28th May as Hï Ibiza opens it’s doors for the very first time! Be the first to see the newly transformed club as an all-star cast of DJs including Apollonia, Black Coffee, Kölsch, Luciano, Nic Fanciulli and more make their own piece of Ibiza history at the Hï Ibiza debut.

Joining the lineup today is Bedouin. The Brooklyn-based duo of Rami Abousabe and Tamer Malki have made a name for themselves performing at festivals like Burning Man, with their hypnotic, dreamy melodies and driving rhythms that carry heavy influence from their Middle Eastern heritage. Three of Ibiza’s most treasured selectors also join the bill, namely Ibiza Global Radio DJ Anna Tur, Ibiza Sonica tastemaker Igor Marijuan and Ushuaïa regular Paul Reynolds.

The newly announced acts join an impressive selection of DJs at the Opening Party, including the biggest breakthrough star on the island in recent years, Black Coffee. This will mark the first of many appearances for the South African DJ and producer who begins his first ever Ibiza residency at Hï Ibiza this summer. Luciano also stars. One of the key architects of the modern Ibiza scene, Luciano’s warm sounds and masterful DJ sets never fail to set the dancefloor alight.

The opening party will also play host to an extended set from Apollonia a.k.a. Shonky, Dan Ghenacia and Dyed Soundorom. The French trio are no strangers to Ibiza, having powered the island’s dancefloors to wide-acclaim, with their infectious groove-ridden house and deep, sultry beats.

Saved Records boss and Ibiza mainstay Nic Fanciulli and Dutch house and techno ambassador Joris Voorn join the bill, along with a DJ set from Danish DJ-producer Kölsch, and Italian stalwarts Andrea Oliva and Davide Squillace, who step up for a special back-to-back session following on from a series of sensational b2b sets around the world. Finally, a trio of Ibiza favourites complete what is sure to be a monumental and unforgettable Opening Fiesta – Moon Harbour founder Matthias Tanzmann, London producer Bas Ibellini and Parisian DJ Djebali. 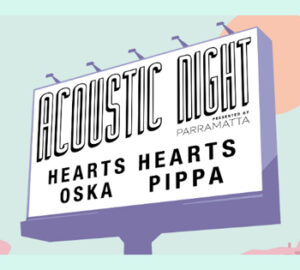 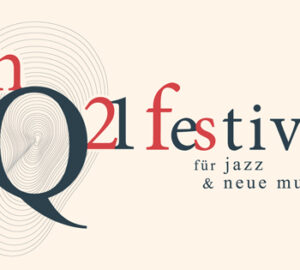