French actor Jean Reno will be a guest at this year’s 51st Karlovy Vary International Film Festival, where he will receive the Festival President’s Award. He will receive the award on July, 4 at 10:30pm in the Grand Hall at the Hotel Thermal, where Luc Besson’s film Léon will be screened to his honor. 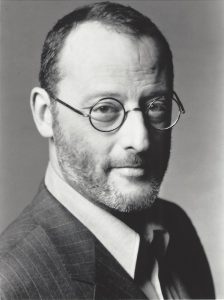 This distinctive actor achieved international popularity thanks to his collaboration with director Luc Besson. Reno was nominated for a César Award for his performance in The Big Blue (Le Grand bleu, 1988), he appeared in La Femme Nikita (1990), and he received a second César nomination for Léon: The Professional (Léon, 1994). Based on this success, he soon appeared in Hollywood blockbusters such as Mission: Impossible (1996), Ronin (1998), Godzilla (1998), and The Da Vinci Code (2006).

Jean Reno has successfully alternated tough-guy roles in action films – two parts of the crime series The Crimson Rivers (Les Rivières pourpres, 2000, 2004), Empire of the Wolves (L’Empire des loups, 2005), and The Sweeney: Paris (Antigang, 2015) – with comic roles, in particular in the film series The Visitors (Les Visiteurs). In fact, Reno’s third César nomination was for the role of Godefroy, a medieval knight who accidentally lands in the present day. Jean Reno is also a recipient of the European Film Academy Achievement in World Cinema Award.

The closing ceremony of the Karlovy Vary festival will include a screening of the new Woody Allen’s film Café Society. 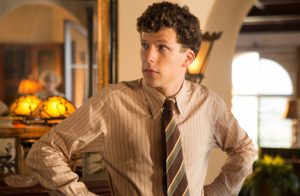 After a trilogy set in European capitals that began with Vicky Cristina Barcelona (2008), this year Allen pays a visit to 1930s Hollywood and New York, which he presents in all their intrinsic beauty and baseness.

Bobby leaves his ever-belligerent Jewish family and heads to Hollywood to learn about the world. Mesmerized by the dazzling glamour of movie stars and, above all, by secretary Vonnie’s considerable charms, he experiences moments of both giddy happiness and bitter disappointment. He returns to his native New York with a broken heart – and newly-acquired savviness – to run an establishment renowned for its sinful chic. But then, when it finally seems that things are going his way, fate reshuffles the deck… 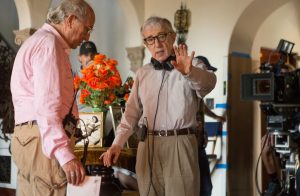 Renowned DOP Vittorio Storaro’s rich lensing brings heft to the golden era of Hollywood and the heyday of the New York Mob in an intricate labyrinth of luxury apartment suites and menacingly-darkened hideaways. Jesse Eisenberg’s transformation from a neurotic underling into a convivial man about town enables Allen to present an affectionately nostalgic story of thwarted love with all his trademarks: wonderful music, polished one-liners, and debacles from which there is no escape – all set against the romantic machinations of muddled protagonists forced to pay for destiny’s malicious tricks.

American actor Michael Shannon, who has been nominated for an Oscar, Golden Globe and Tony awards, will join director Joshua Marston and producer Jay Van Hoy to present the drama Complete Unknown (2016) at the 51st Karlovy Vary International Film Festival. 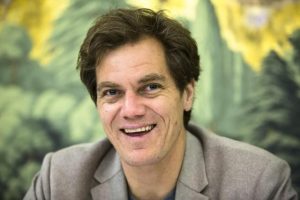 Michael Shannon made his cinematic debut comedy Groundhog Day, and has since appeared in both blockbusters and independent productions. His credits include Michael Bay’s Pearl Harbor (2001) and Bad Boys II (2003), Oliver Stone’s World Trade Center (2006), and Sidney Lumet’s Before the Devil Knows You’re Dead (2007). He also worked with Werner Herzog on films The Bad Lieutenant: Port of Call – New Orleans (2009), My Son, My Son, What Have Ye Done (2009) and the upcoming Salt and Fire (2016). Shannon received an Oscar nomination for his performance in Sam Mendes’s film adaptation of the Richard Yates novel Revolutionary Road (2008). Other award-winning performances include Jeff Nichols’s psycho-thriller Take Shelter (2001) and Ramin Bahrani’s drama 99 Homes (2014). With Nichols, Shannon teams has teamed regularly since his debut in Shotgun Stories (2007) and has has gone on to collaborate with him on Mud (2012), Midnight Special (2016) and  Loving (2016).

Joshua Marston  studied social sciences at the University of California, Berkeley. He then left for France and worked for Life magazine and ABC News in Paris. He taught English in Prague for one year. After his return to the USA he continued studying political sciences in Chicago and took a course in film at New York University. He shot several shorts and his debut Maria Full of Grace (2003) was shown to accolades at Sundance and Berlin, and subsequently at Karlovy Vary (Horizons). His next picture, set in Albania and entitled The Forgiveness of Blood (2011), also competed at the Berlinale, where it picked up a Silver Bear for Best Screenplay. Complete Unknown, the Los Angeles native’s first English language film, premiered this year at the Sundance fest.

Jay Van Hoy, an American producer who graduated from the University of Texas at Austin. He has been a longtime advisor at the Sundance Institute Creative Producing Lab, a participant in the creation of the Catalyst program at Sundance, and a mentor for the Cinetrust mentorship program at Cinereach. In 2004 he and Lars Knudsen founded Parts & Labor, a production company dedicated to director-driven pictures. He was instrumental in bringing out Mike Mills’ Oscar winning Beginners (2010), Julia Loktev’s The Loneliest Planet (2011), David Lowery’s Ain’t Them Bodies Saints (2013), Kelly Reichardt’s Old Joy (2006) and Ira Sachs’ Keep the Lights On (2012) and Love Is Strange (2014). He produced The Witch by Robert Eggers (2015), Complete Unknown by Joshua Marston (2016), and participated in the creation of this year’s Cannes favorite American Honey from Andrea Arnold. He is a member of the Grand Jury 51st KVIFF.