It has been four years since Florence Welch passed through Bilbao BBK Live, and repeating that unforgettable moment is essential to further enhance our adoration for Florence + The Machine. With their new album, Dance Fever, and their timeless hits, they will once again make history on Basque soil. The Blaze and The Chemical Brothers left their mark on the festival, and that is why it was necessary to feel their electronic hits in the heart of Kobetamendi, as well as enjoy their atmospheric and bewitching live performances once again.

Every Bilbao BBK Live lineup is a sonorous exploration of the different musical styles of our planet. The folk sounds of the Manchester quartet The Lathums complete the British cast in this first batch of names. The hip hop of the future is 070 Shake, and the group from New Jersey will bring their irrefutable Double Sided: Indie to Kobetamendi with energy and overflowing personality in a show that will be unforgettable. There is always room for exotic sounds in the festival, and in this edition they will be represented by the African Tuareg group Tinariwen and their desert and electrifying sounds.

This journey through the different styles and origins of the artists on the lineup cannot continue without the obligatory stop at the national scene led by Santi Balmes’ band Love of Lesbian, or with special emphasis on the already solid urban scene, which will have an important representation on the festival’s schedule with the most brazen Navarrese Ben Yart, the queen of the cutest sad trap Albany and the teenage emo trap idol Rojuu. Of course, there will be an important electro-pop presence with Delaporte and Playback Maracas, traditional and electronic sounds with Baiuca, the Murcian rock of Arde Bogotá, and the boyband Colectivo Da Silva.

Basque-label artists are part of the festival’s DNA, and to that end, the avant-garde and representatives of Basque synth pop Merina Gris and the current benchmark of Basque urban pop Bengo could not be missing as part of the first names that make up the 2023 lineup.

It wouldn’t be Bilbao BBK Live without electronic sounds. If the festival wasn’t already known worldwide for its legendary space dedicated to Basoa dance music, it would be known for the DJs and producers that complete its program each year. Young Marco, Job Jobse, Ben Ufo, Dinamarca, Call Super, Violet and many more will fill both the festival’s forest and the official dance floor with the most cutting-edge sounds.

HAAi, Amaia, Dry Cleaning, Anz, Sherelle, GAZZI, and more artists also join this second round of festival confirmations. The sixteenth edition of the festival will be held on July 6, 7, and 8, 2023 at Kobetamendi.

The legend continues. The artists of the next edition of Bilbao BBK Live 2023, to be held next July 6, 7, and 8 in Kobetamendi continue to be revealed. And in the same way, the images that will accompany the graphic image of this sixteenth edition of the festival are being unveiled. As artists of the stature of Arctic Monkeys, Florence + The Machine, The Chemical Brothers, and The Blaze already head the lineup, a new batch of artists are arriving in early-Christmas-gift form to complete the already formidable 2023 list.

The emblematic French pop of Phoenix; the eclecticism of the former half of The Knife with his solo project Fever Ray; the big brother of Argentine trap Duki; the instrumental and electronic M83; the ethical and political punk rock of IDLES; the brilliant Nordic electronica of Röyksopp; and the digger and member of The xx Jamie xx headline this second round of artists. Two bastions of post-punk in its place of origin join the line-up: Dry Cleaning from London and Ireland’s The Murder Capital. The national talent is represented by the multifaceted and angelic voice of Amaia; the Montgrí guitars of Cala Vento; and the wildest punk energy of La Élite. While the electronic cast of Basoa expands with the addition of names like Anz, Avalon Emerson, HAAi, Sherelle, GAZZI, and John Talabot.

At Bilbao BBK Live art in all its forms is as fundamental as its poster—and we are coming from an image as powerful as that of los harrijasotzailes. Now the poster stars the legend of Tximistarri, this being the fourth image that reveals the festival as part of the art-music alliance between artist Vicente Paredes and Bilbao BBK Live, with the common goal of showing the identity and idiosyncrasy of Euskadi.

Tradition dictates that on the 13th of June, the day of San Antonio de Padua, this large rock -Tximistarri- must be circled around seven times. In return, the saint, defender of lost causes, guarantees to find a partner (for those who seek one).

The Organization of the festival, always committed to the care of natural areas, will allocate €3 from each pass sold to the reforestation of the area affected by the fires in the town of Balmaseda, in Enkarterri, the lungs of Bizkaia.

Passes are still on sale at the tickets page and seetickets.com, with the possibility of paying in installments and purchasing passes with camping included. 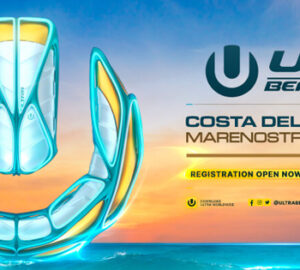