Eurosonic Noorderslag 2017 has confirmed the first 28 acts for the festival programme. Taking place from 11th– 14th January in Grongingen, the event will present the most relevant new European artists and is supported and broadcast by 27 radio stations of the European Broadcasting Union (EBU) – making Eurosonic Noorderslag one of the biggest radio events in Europe.

“We always see a number of acts standing out each year,” says Eurosonic booker Robert Meijerink. “Of the bands playing at the 2016 edition of Eurosonic, Norwegian singer AURORA and Belgian act Lost Frequencies have done incredibly well over the last year. They really broke through internationally.” Creative director Peter Smidt concludes: “That is exactly what Eurosonic Noorderslag stands for. Giving bands who have a certain success in their home countries a push to break through internationally. And the EBU stations are very important for that.“

Confirmed Acts
The European radio stations help Eurosonic Noorderslag scout for local talent in their respective countries. Choices have now been made and the following acts are confirmed for the festival:

Laurent Marceau, in charge of pop music at Euroradio (EBU), complemented Eurosonic Noorderslag: “For us, this is the event to discover what happens with bands and acts in other European countries. Eurosonic always brings an edgy programme together, one that always reflects the state of pop music across a broad range of European countries, as well as on European radio. We are really proud the European Broadcasting Union is part of this unique event.” 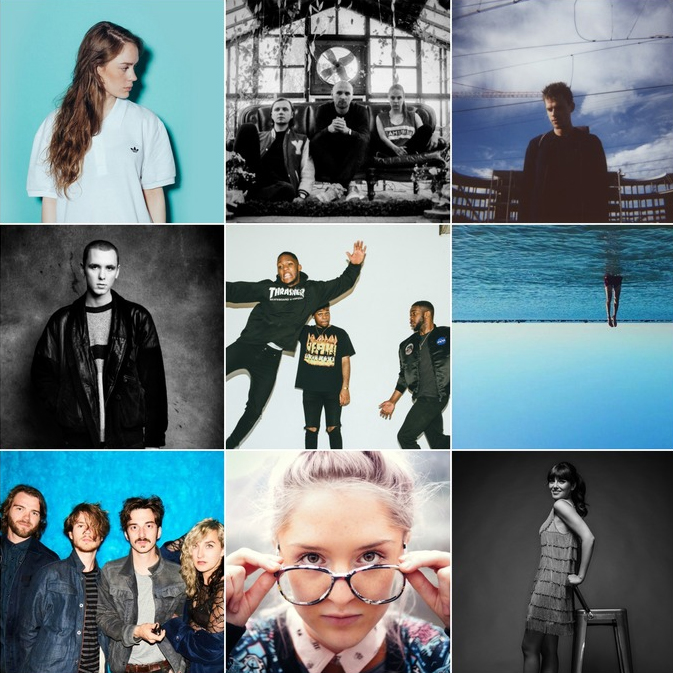 Platform for European Music
Eurosonic Noorderslag is the platform for European music: not just a festival, but also a conference and extensive media event, with radio and TV broadcasts all over Europe. During the conference, a multitude of topics are addressed concerning both the Dutch and European music sectors. The focus of the conference is on music, media and innovation, topics that are discussed in program lines such as the Future of Media, Buma Music meets Tech and EPIC, which covers production and innovation at festivals.

Also at Eurosonic Noorderslag, a number of awards are handed out including; the European Border Breakers Awards, the European Festival Awards, the Pop Media Prijs and the Pop Prize. More details will be revealed soon.

Conference focus on music, innovation and media for 2017
Eurosonic Noorderslag also announces the first topics of the international conference. In co-operation with VPRO Medialab, Eurosonic is launching a new programme line on the Future of Media. Furthermore, legendary German promoter Ossy Hoppe will be delivering a keynote interview. Eurosonic Noorderslag offers a conference, a showcase festival and several award shows. The event is taking place in Groningen from the 11th – 14th of January, 2017. The daytime programme will feature keynotes, masterclasses, workshops and presentations on innovation in the music sector.

Future of Media
In co-operation with VPRO Medialab, Eurosonic Noorderslag is launching the Future of Media program line. “Dutch broadcaster VPRO is ahead of the game in the media world,” says creative director Peter Smidt: “This is not just relevant for the music industry, but also in a broader sense, as in how we relate to digital media in the twenty-first century, and what that is going to mean to our lives.” Future of Media-speakers and topics will be announced in the coming weeks.

Keynote interview Ossy Hoppe
Ossy Hoppe (DEAG/Wizard Promotions) is a legendary concert promoter and one of the most successful and respected professionals in the German live music scene. At his Eurosonic Noorderslag keynote, he will be interviewed by Allan McGowan.

Other conference lines at Eurosonic Noorderslag include Buma Music meets Tech (on innovation and tech) and the European Production & Innovation Conference (EPIC) on new development in the event production industry.

Tickets
Tickets for the conference are available through the ESNS website. Festival tickets will be available this autumn.