Pohoda is a music and arts festival…

…where alternative, indie, electronica, world music & punk meet classical; alongside literature, dance, visual art, film and theatre. The festival creates a unique space where the beautiful and varied cultures of the world can meet, communicate and share ideas. Pohoda specialises in putting together interesting combinations of different artists – for example, at the 2014 edition the Ukrainian Philharmonic were followed onstage by Kraftwerk and their incredible 3D show.

The past two weeks have been more than fruitful for the festival Bažant Pohoda. Besides Die Antwoord, we confirmed a number of other top names. The lovers of dance music can look forward to five-time world champion in DJ-ing from Canada, A-Trak. Then follow the young American RL Grime, which represents the future of the genre, and the ultimate Liquid Drum & Bass in the administration of the British duo Hybrid Minds. Their greatest hits and the new album will be played by the multicoloured American indie band of Montreal.

Yet another significant reason why come to Bažant Pohoda this year will certainly be women. After Björk and Ibey, we confirmed the young Catalonian band Mourn, hip-hop Brazilians from the favela Pearls Negras, and the globally praised London rapper Kate Tempest. Today, the line-up was completed with sisters Bianca “Coco” and Sierra “Rosie” Casady, performing as CocoRosie.

A-Trak was the first DJ and turntablist to win all three most important World DJ titles (DMC, ITF and Vestax) and, at the same time, he is the first DJ to win 5 World Championships. The fact that he won the DMC World DJ Championship in 1997 sounds almost incredible (he was only 15). No wonder Kanye West picked him as a personal DJ for his tours. A-Trak is also known for his collaboration with Armand Van Helden within duo Duck Sauce. In order to understand the significance of this artist in the world of dance music, just have a look at Billboard’s cover on which he appears together with Diplo and Skrillex or check Rolling Stone’s “The 25 DJs that Rule the Earth” list.

CocoRosie brings a mix of visual arts, theater, contemporary media and dance. The Guardian compares Bianca’s voice to Björk. Sierra’s singing evokes Kate Bush. The newspaper characterizes their original tunes, combinations of sounds and colors as “Magic-realism pop”. In 2012, they enchanted Royal festival Hall and their performance earned them two standing ovations. During their Bažant Pohoda concert, everyone will be standing, but we’re sure the gig will be concluded by a storm of applause.

The name of the band of Montreal recalls a failed relationship of the band leader Kevin Barnes with a woman from Montreal (of Montreal). Their genre classification is as varied as their song arrangements ranging from variety music in The Beatles style from the late 60s through psychedelic pop, electronic, funk, glam rock, afrobeat to indie. Since 1996, the band has already recorded 13 studio albums. The latest “Aureate gloom” (gold plated melancholy) has been released on the 4th of March 2015.

Rapper Kate Tempest is the winner of the prestigious Ted Hughes Award. She has worked with organizations such as Yale University, the BBC, and the Royal Shakespeare Company. She has already performed at festivals such as Glastonbury and Latitude. Kate has featured on songs with Sinead O Connor, Bastille, the King Blues, Damien Dempsey and Landslide. In 2014 she released her debut album called „Everybody Down”, which was nominated for the Mercury Prize.

RL Grime is also known under the pseudonym Clockwork. In 2012, he released the EP titled Grapes. Just two months later, he and Salvo remixed the song „Mercy“ by Kenye West that more than seven million people have already played on SoundCloud. The final recognition of the pros and club visitors came with the song „Trap On Acid“. In 2013, another EP named High Beams followed, and at the end of last year, we welcomed the long expected debut Void, where artists such as Boys Noize, Big Sean and Djemba Djemba collaborated.

Hybrid Minds, UK band representing ultimate liquid drum & bass (DnB subgenre with more vocals and fewer DnB elements), are coming to play at the festival. This tried and tested recipe offers an adequate portion of sentiment to the listeners and adds some jazz, soul and blues spin to DnB.

Brazilian rapper trio Pearls Negras and Catalan indie band Mourn will lower the average age (but not the quality) of this year’s performers. Mourn’s track “Silver Gold” received rave reviews from Pitchfork and Papermag magazine listed them, as well as Young Fathers, among the 10 of the Hottest Acts to Look out for in 2015. Michal Kaščák, who saw the band play at Eurosonic in January, agrees.

Pohoda takes place on the second weekend in July in Trencin, Slovakia. Trencin is situated 120km from Bratislava and 190km north-east of Vienna. The festival is based at a former military airfield in the valley of the river Vah surrounded by three of the Western Carpathian Mountains. From a visitor’s point of view, the festival area is easy to reach and provides an ideal and generously designed area for a limited capacity of 30.000 visitors. Forget about queuing for food or toilets, cramped camping or moving around the site in large crowds – the capacity is set in a way that ensures it is comfortable and open, to match the name of the festival. 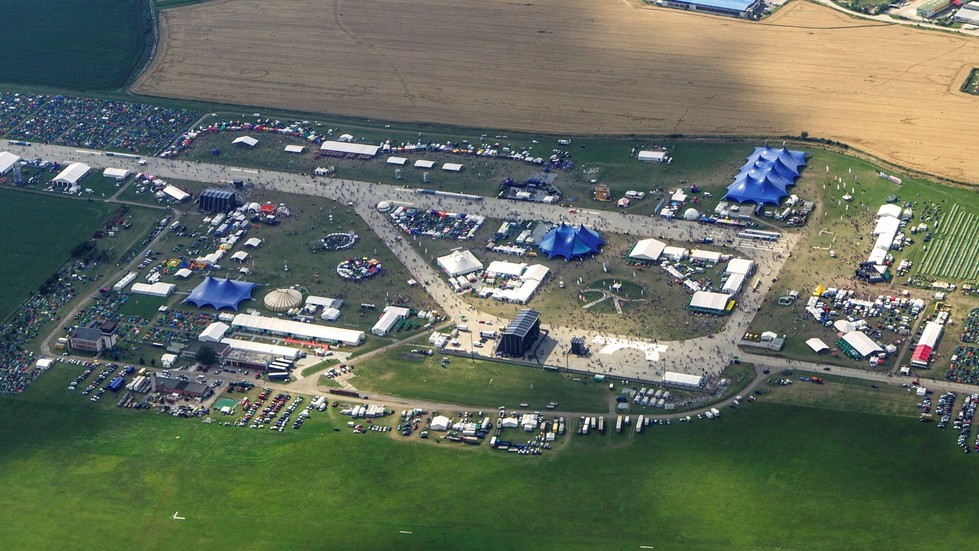