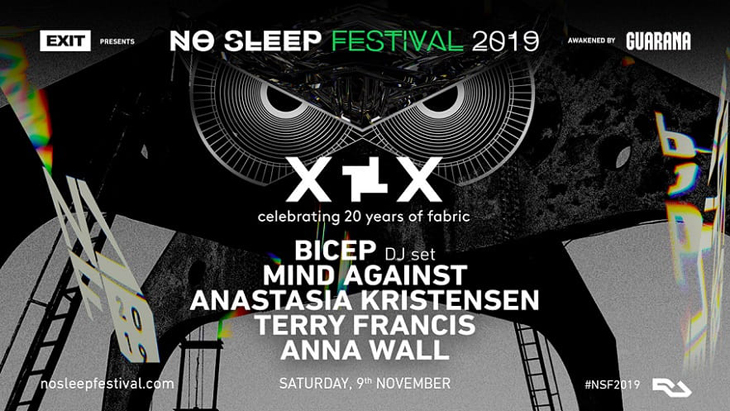 Celebrate fabric’s 20th anniversary at No Sleep Festival, because one of the world’s leading clubs is bringing the spirit of UK clubbing to Serbia’s hedonistic capital!

On Saturday 9th November in the gargantuan warehouse set by the Danube at the Port of Belgrade, the program will be led by the UK’s most in-demand electronic duo, Bicep, the famous Italian tandem with killer tracks, Mind Against, one of techno’s most promising stars on the rise, Anastasia Kristensen, as well as fabric residents Terry Francis and Anna Wall.

Hurry up, because countless ravers already started booking flights to Belgrade after more than 25.000 clubbers partied at dozens of No Sleep Festival locations last year during a 48-hour run. This year, the night before fabric’s party will be led by Belgian superstar Amelie Lens, Berghain mainstay Kobosil, duo Joyhauser, Lenske’s hit producer Farrago and many others!

Jump to nosleepfestival.com for tickets and more info for the event that will take place on the sleepless weekend of November 8th and 9th!