EXIT FESTIVAL 2019 ROUNDS UP ITS STRONGEST LINE UP SO FAR 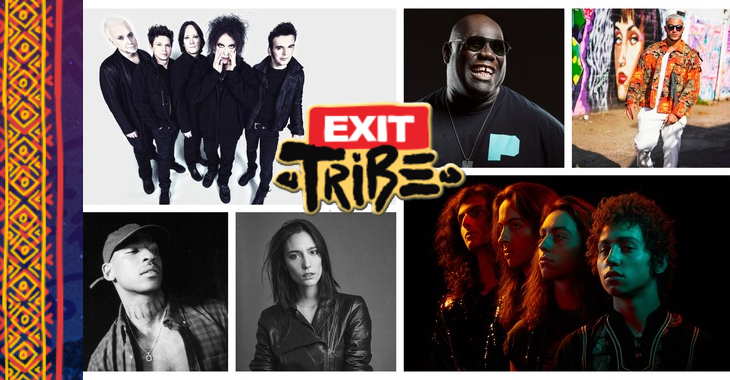 EXIT FESTIVAL 2019 ROUNDS UP ITS STRONGEST LINE UP SO FAR

EXIT festival held on the beautiful Petrovaradin Fortress in Novi Sad, Serbia, starts in less than a month and the list containing some of the greatest acts in the world is already complete! At the same place EXIT will gather some of the legendary artists who have been ruling the music scene for decades, but also the freshest acts with dozens of billions of YouTube views!

EXIT will welcome one of the greatest guitar bands of all time, The Cure, but also the most talked about young rock’n’roll band in the world, Greta Van Fleet! Also arriving is one of the most respected rappers in the world, Skepta, the new hip-hop princess IAMDDB, the very symbol of DJ profession, Carl Cox, and the most popular DJ of the new generation, Amelie Lens. Dozens upon dozens of the most popular hits today will be brought to EXIT personally by their authors, such as The Chainsmokers, currently one of the most popular American duos, or DJ Snake, a French genius whose each single gathers hundreds of millions, even billions of YouTube views! Bringing chart-toppers are the DJ duo Dimitri Vegas & Like Mike, as well as another Belgian wunderkind – Lost Frequencies! The greatest trap hit ever will be brought to us by the lucid Desiigner, whose live performances can absolutely be considered celebrations of positive energy, while equally contagious tunes will be introduced by the New York-based hit duo Sofi Tukker. Famous song-maker with a powerful voice and the owner of one of the best albums of this year, Tom Walker, will make everybody at EXIT sing his anthem „Leave a Light On“, while bass heroes, Chase&Status, and Dub FX will celebrate the tenth anniversary of the famous UKF label with the audience at the Main stage. They will be joined there by multi-platinum DJ duo Filatov & Karas, as well as GriZ and MATTN.

Still, we will be dancing the most and the longest with this year’s All-Star team of the spectacular mts Dance Arena where, together with Cox and Amelie, there to perform will be practically all of the most sought-after performers of the electronic scene today, such as Paul Kalkbrenner, Solomun, Tale of Us, Charlotte De Witte, Boris Brejcha, Peggy Gou, Maceo Plex, Jeff Mills, Dax J, Monika Kruse and many others. Recently confirmed is the special Carl Cox b2b Maceo Plex set for the festival opening on July 4th! The Addiko Fusion stage will also mix heritage, present and current trends, ranging from Serbian music icon and master chansonnier Zvonko Bogdan and ska legends The Selecter, via metal diva Tarja and the 30th anniversary of local punk idols Atheist Rap in the original lineup, all the way to regional stars such as Senidah, Fox i Surreal or the fascinating dreamy band Svemirko. The fifth edition of No Sleep Novi Sad stage will be visited by electronic heroes Lee Burridge, DVS1, I Hate Models, Giorgia Angiuli, Blawan, Sebastien Leger, 999999999, SDHW & Obscure Shape, Boston 168 and many others, introducing club partners such as MMA – Mixed Munich Arts from Munich, D-Edge from Sao Paulo, Bassiani from Tbilisi, as well as a special edition of “All Day I Dream” parties. The riff-heavy Explosive stage has this year lifted its own bar with Whitechapel, Arcturus, Soilwork, Entombed AD, Total Chaos, Peter and The Test Tube Babies and dozens of others. Still, even all this is just a part of the picture comprising of over a thousand accredited artists from the entire world, who will, from July 4 to 7, perform at over forty stages and musical zones all around the Petrovaradin Fortress in Novi Sad!