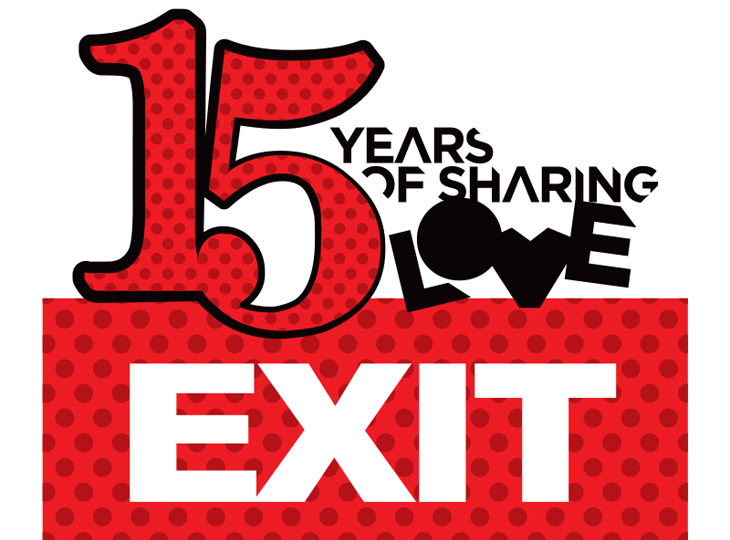 For many years the EXIT Dance Arena has held a special place in people’s hearts as one of the most spectacular venues in the World. Starting whilst dark and ending once the hot Balkan sunshine is high in the sky and housing some of the best international artists in the world, it is not hard to see why so many love it and return each year. The 2015 programme has now been announced and features as ever an eclectic and exciting line up. Most recent additions see two first-placed acts on the coveted current Resident Advisor chart: the leaders of new electronic sound from Berlin, DJ and producer Dixon and the electronic duo Tale of Us! They are joined on the world-famous electronic stage of Exit Festival by the English duo Simian Mobile Disco, Klangkarussell from Austria, renowned producers Roman Flugel and Marc Kinchen (MK), recent winners of the European Border Breakers Awards and rising stars wAFF and Francesca Lombardo. Headlining the Saturday will be Global DJ superstar and author of the gigantic dance hit “Animals” Martin Garrix.

The two-horn-shaped moat that serves as colossal dance podium with an elevated amphitheatre above it best describes the uniqueness of Exit’s Dance Arena stage. It has long been known as one of the biggest electronic music stages in the world, and this year its program will contain three key factors that define it as: contemporary, innovative, and affirmed. Exit Dance Arena is a spot where leading DJs in the Top 100 DJ Mag charts will perform this year – Hardwell and his adversary from the Resident Advisor chart, Dixon (12th July) who owns the most influential European label “Innervisions”. If you add the second-place duo Tale of Us (12th July) from the same RA chart, authors to “Another Earth”, one of the most important techno tracks in the last ten years then, the Dance Arena edition this year pertains to be one of historic proportions. And it is given exactly this dimension from one of the biggest electronic bands of all time, Faithless. They will celebrate 20 years on 12th July at Exit’s Dance Arena. The same anniversaries will be marked by two techno giants and today’s leaders of the genre on 10th July, namely Chris Liebing and Adam Beyer! The track “Push The Feeling On” swept over clubs worldwide 20 years ago, and it was produced for Nightcrawlers by Marc Kinchen or MK as he’s shortly called in Detroit, where he creates and works with Kevin Saunderson. The American house scene icon is coming to dance arena with an impressive list of remixes for Llana Del Ray, Pharrell, Sia, Rudimental and Duke Dumont.

Duos have always been an unavoidable part of the electronic music scene. The Burden brothers, better known as Octave One, are techno legends and pioneers from Detroit, and they will entice the mass euphoria at Dance Arena this year. Following in their footsteps are their younger colleagues Klangkarrusell, hailing from Mozart’s home city, Salzburg and winners of the highly coveted European Border Breakers Award. They share a special connection with Serbia, where they have filmed the video for their hit song “Netzwerk (Falls Like Rain)” above Belgrade’s skyscrapers. The popular DJ duo Catz ‘n Dogz will be bringing hottest beats from their base in Berlin, along with a tandem that will become a special trio for Dance Arena, made up of the famous Simian Mobile Disco extended by the experienced German “chameleon” Roman Flugel who will be closing the Arena this year. The Italian techno gladiator Joseph Capriati will make sure to pack this year with more exclusive combos, doing a back2back set with Adam Beyer. Two special DJs, Nicole Moudaber and Francesca Lombardo, will have their premiere performances, as well as the new favourite house DJ, wAFF.

The contemporary and innovative features will be infused with performances by rising stars. Oliver Heldens, nominates himself as a future headliner of all the biggest stages with his smash hits “Gecko (Overdrive)” and “Koala (Last All Night)” that won him 1th place at the UK singles chart! The small city Breda in Netherlands, no bigger than Novi Sad, produces unmistakable talent such as Hardwell, thus it comes to no surprise that their other export, the progressive house producer Kill The Buzz, is also hotly-tipped right now. The innovative sound that has been coming from the prestigious label “Kompakt” in Germany for years, will be represented by DJ and producer Kölsch from Denmark. His track “All That Matters” is one of the most emotional releases in the last few years.

Tickets for Exit Festival are available from 89£ (122€) +b/f, and for Sea Dance Festival at 49£ (59€) +b/f. The unique ticket for 10 days of Exit Adventure, from Serbia to Montenegro, is available for £105 (145€) +b/f at www.exitfest.org. Additional packages including travel and accommodation can be found at www.exittrip.org.