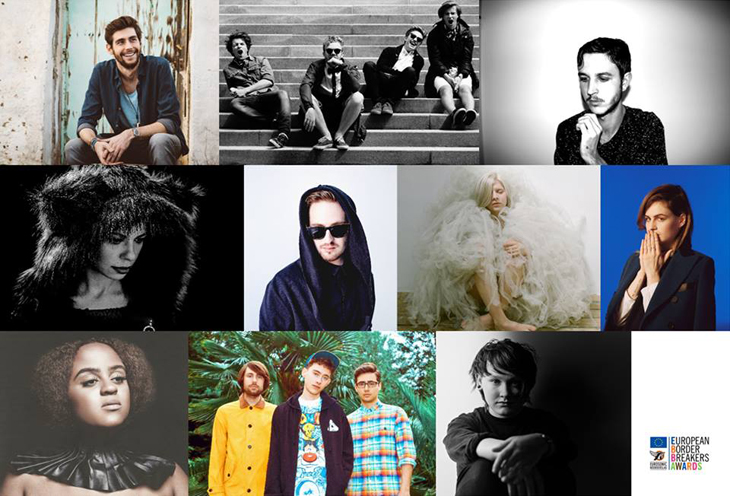 Win a trip to the European Border Breakers Awards show with Jools Holland.

On January 13, the Dutch city of Groningen will be the place to be if you’re a fan of the latest pop, rock, indie and dance sounds. Winners of the 2016 European Border Breakers Awards will perform in a televised show hosted by Jools Holland – and you could be in the audience.

All you have to do is vote at www.europeanborderbreakersawards.eu for your favourite artist from among the EBBA winners:

The act receiving the most votes will win the Public Choice Award.
Fifteen lucky voters, chosen at random from different countries, will be invited to the award show: each will be able to bring a friend and the prize includes their flight, hotel costs and the opportunity to attend a social media workshop given by the European Broadcasting Union (EBU).

About EBBA
The EBBA are about breaking down borders and recognising emerging European rock, pop and dance artists who achieved success in countries other than their own. These unique European music awards are funded under the European Union (EU) Creative Europe programme. With the EBBA, the European Union wishes to highlight the success of 10 debuting European artists in selling albums and touring outside their home territory.

Europe’s cultural and linguistic diversity is a strong part of its cultural appeal, but linguistic barriers sometimes make it harder for artists to work internationally and achieve cross-border sales success. The EBBA seek to help them overcome these obstacle.